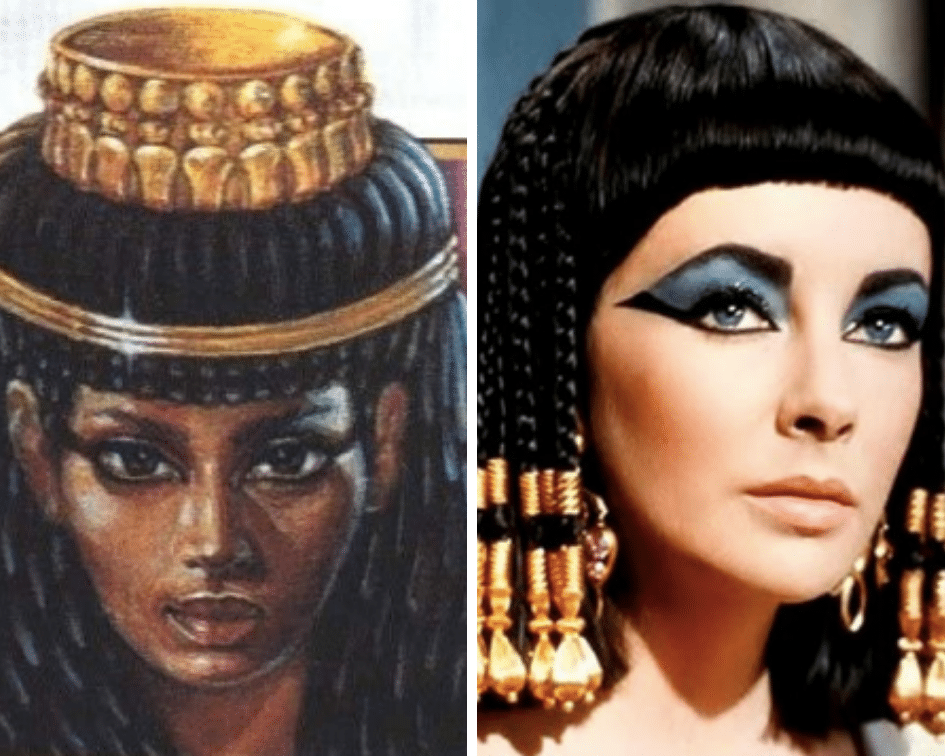 As previously explained in the first op-ed on whitewashed history, every time Blacks get some, here white supremacy come trying to steal it, putting some blonde hair on it and calling it something different.

Say what you will about the 2000 teen comedy film, Bring It On, its commentary on cultural appropriation, racism, privilege, white supremacy, and the exploitation of Black culture seems to be more relevant now than when the film was released nearly two decades ago.  Sometimes these erasures take place in speculative fiction; other times its history. Sometimes it’s both, as the following examples among countless others illustrate. 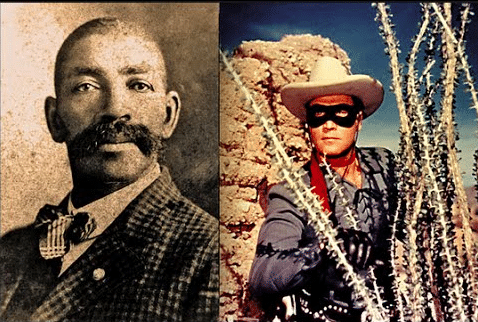 If you know American history, then you know that the Lone Ranger and Bass Reeves share more than a few “parallels.” There is a reason for that. The Lone Ranger was based on Bass Reeves. For those of you who don’t know your history, you’re no doubt asking, “Who in the world is Bass Reeves?” Reeves was the first African American U.S. Marshal. An escaped slave who beat his former “master” within an inch of his life (after the latter became irate over losing to Reeves in a card game) After the Civil War, Reeves headed out West. Like many escaped slaves and even freed Blacks, Reeves peacefully lived among Native Americans and often worked with them when apprehending criminals. Speaking of apprehending criminals, Reeves arrested over 3,000. A master of disguise, Reeves often rode a white horse. Reeves is considered by many to be the greatest lawman of the Wild West. 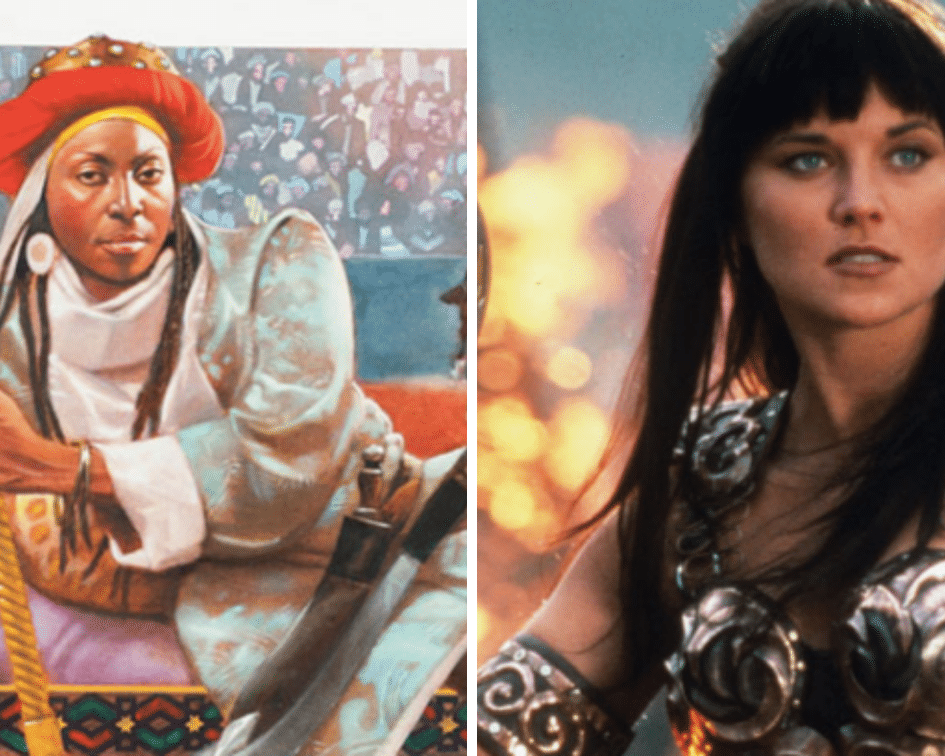 Amina was born around 1533 in Zazzau, now the province of Zaria in today’s Nigeria. Her mother and father respectively were Bakwa Nikatau. Their family’s wealth was derived from the trade of leather goods, cloth, kola, salt, horses, and imported metals. When Bakwa died in 1566, the crown of Zazzua passed to Amina’s younger brother, Karama. Although Bakwa’s reign was known for peace and prosperity, Amina chose to hone her fighting skills with the warriors of the Zazzau military. As a result, she emerged as leader of the Zazzua cavalry. Many accolades, great wealth, and increased power resulted from her numerous military achievements. When her brother Karama died after a ten-year rule, Amina had matured into a fierce warrior and had earned the respect of the Zazzau military. She assumed the reign of the kingdom. Amina led her first military charge a few months after assuming power. For the rest of her 34-year reign, she continued to fight and expand her kingdom to the greatest in history. Her exploits earned her the epithet of Amina, Yar Bakwa ta san rana (“Amina, daughter of Nikatau, a woman as capable as a man”).

Now, if Amina’s story sounds incredibly familiar to many of you, there’s a reason for that. Amina was used as a model for the fictional heroine of Syfy’s series, Xena: Warrior Princess. In addition to being an amazing show, Xena broke a lot of ground and paved the way for female and LGBTQ protagonists, given that both Xena and her sidekick Gabrielle were queer heroines. Xena will probably go down as television’s greatest action hero of all time. While Lucy (F)Lawless is an extraordinary actress, a Black Xena was a huge missed opportunity. 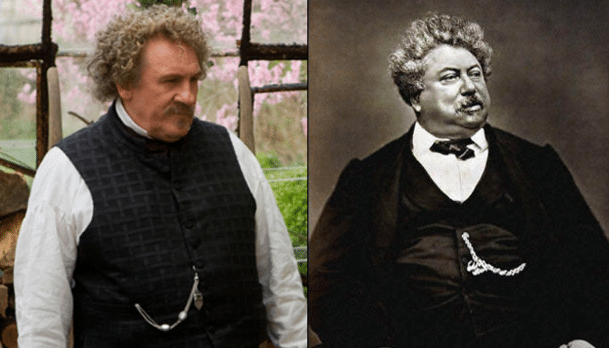 It’s a well-known fact that Dumas is the literary genius behind classics such as The Three Musketeers and The Man in the Iron Mask. Dumas’s influence can be seen today. Case in point: ABC’s hit drama Revenge was a modern take on The Count of Monte Cristo. What’s not so well known, however, is that Dumas was of Haitian descent. This is why casting a white actor to portray him in a biopic is problematic, to put it mildly. In fact, Dumas’s father, Thomas-Alexandre Dumas, was the first person of color to become general in chief of a French army. Excellence, thy surname is Dumas.

Known for her striking beauty and unrivaled brilliance, Cleopatra is without question one of the most captivating and iconic rulers in history. Despite the fact that Roman texts, history, science, and common sense have all confirmed that the Pharaoh of Egypt (the country located on the continent of Africa) was in fact of African descent, white actors Angelina Jolie and Lady Gaga are reportedly in the running to play her in an upcoming film. More than that, everyone from the producers of Gods of Egypt to director Ridley Scott insist on trying to justify the whitewashing of Egyptian gods and rulers. To quote the one and only Paul Mooney, “Jesus is Black, so was Cleopatra. Know your history.” 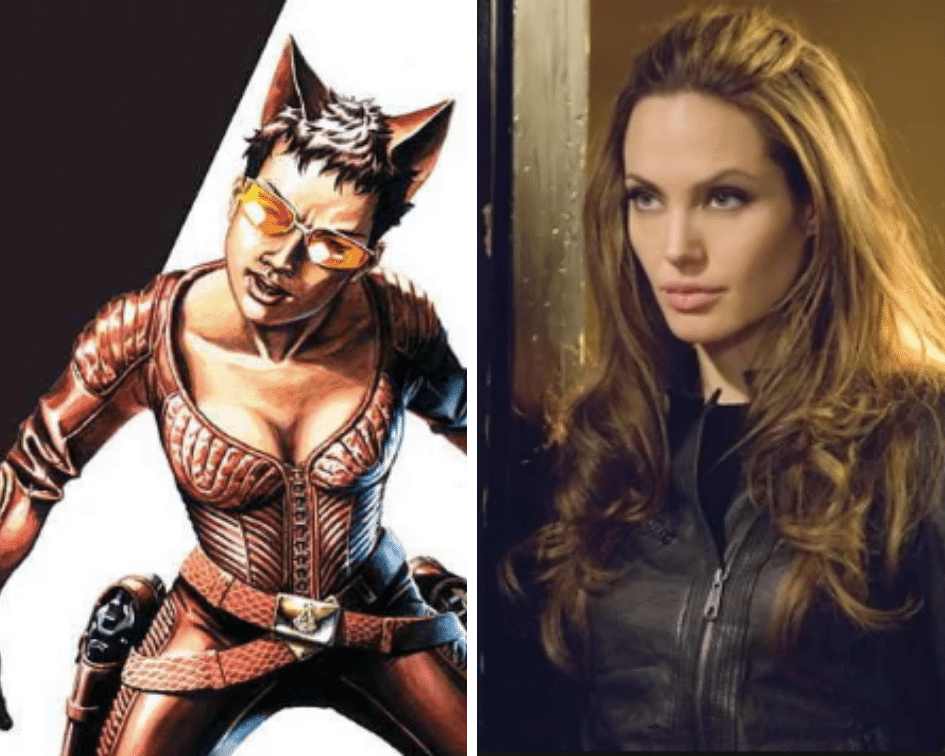 In 2008 Universal Pictures released the action thriller Wanted. Based on the Top Cow comic book miniseries, the film starred James McAvoy as Wesley Gibson: An account manager who learns he is the son of a world-class assassin decides to join the secret society for which his father worked. In the film, Angelina Jolie plays The Fox, Gibson’s mentor, and eventual love interest. However, in the comic, The Fox was not only a Black woman but was heavily modeled after Halle Berry. The idealist in me wants to believe this wasn’t about race—that Ms. Berry was too booked and busy to play The Fox in the film, and when you can’t cast the baddest chick in Hollywood for a role, you simply cast Jolie, the other baddest chick in Hollywood. However, the pragmatist in me resides in reality and knows that misogynoir is all too real.

A gentleman and a scholar by the name of Dick Gregory said it best, “I don’t know why America always thinks she has to run all around the world forcing people to take our way of governance at the barrel of a gun. When you’ve got something really good, you don’t have to force it on people. They will steal it!” Black culture is a testament to this.

In spite of systemic oppression, Black Excellence continues to set the standard for the rest of the planet. While white supremacy may pay off for a season, eventually it will come back to haunt you. One way or another, a toll will be paid.