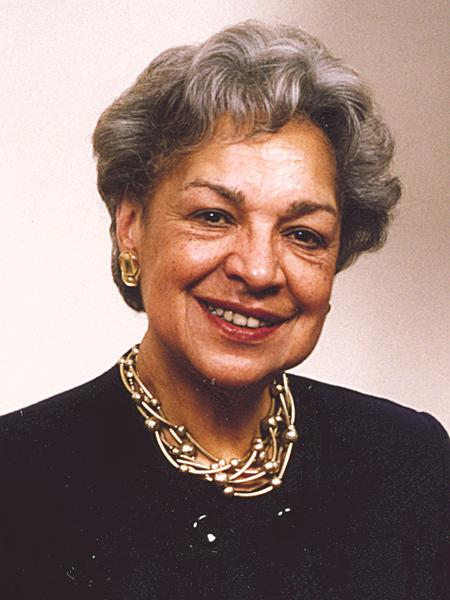 As many may know, Lois Dickson Rice (also known as Lois Dickson Fitt) recently passed away on January 4, 2017. Rice was born in Portland Maine on February 28, 1933. Her parents, David Augustus Dickson and Mary Daly, were Jamaican immigrants who did not graduate from high school. [1] Her father worked as a janitor at a music store, while her mother worked as a maid. Still, they managed to provide their five children with a college education and “instilled in Rice an appreciation for the transformative power of higher education”. She graduated from Radcliffe College in 1954, earning a bachelor’s degree in history and literature. [2] From there, she directed counseling services at the National Scholarship and Service and Fund for Negro Students. In 1959 she joined the College Entrance Examination Board (CEEB) serving as their vice president and director of its Washington Office. [3] It was here that she helped design and implement the Pell Grant Program, to which I am very thankful for.

The Pell Grant was named after Rhode Island’s democratic Senator Claiborne Pell, who was also the program’s chief sponsor. His grandson Clay Pell IV, however, gave the majority of the credit to Rice, “This program was not inevitable, and it would not have come into existence without her, nor survived in the decades since without her passionate advocacy.” According to the Washington Post, Rice lobbied and testified before Congress to guarantee that the grants remained intact from 1973 to 1981. [4]

In 1992, Rice joined the Brookings Institute as the Miriam Carliner Guest Scholar in Economic Studies. During her tenure at Brookings, she studied federal higher education policy. One notable study entitled, Subsidizing Higher Education through Tax and Spending Programs, examined how the introduction of tax benefits did not benefit low income families. In this same study, Rice and her co-authors (Elaine Maag, David Mundel, and Kim Rueben) also sought how to improve the Pell Program’s efficacy. [5] In addition, she was the director of the Think Tank Consortium, which sought to improve diversity among staff at research and policy-making organizations. Brookings honored her and Susan Rice as the only mother-daughter research duo in June of 2016. [6]

Lois Dickson Rice, undoubtedly, is the reason why so many people were able to afford college. She worked for many years behind the scenes not only to provide resources to those in need, but also to make sure that these resources were continuously available and improved. Arne Duncan, the former secretary of education said in her honor, “For so many of us, she was a hero, a role model and an example of what true service is all about. She helped create a pathway to college for literally millions of low-income and first-generation college goers, changing the trajectories of their families forever.” [7]

Let it be known that it was a first generation Black American woman, born to hard working Jamaican immigrants, who made access to college easier for us all. Thank you Lois Dickson Rice. You made America great.

Priscella Payne is a biologist and proud supporter of BGN. She enjoys traveling the world and learning about different cultures. In her spare time, she enjoys playing video games and reading whatever she can find.