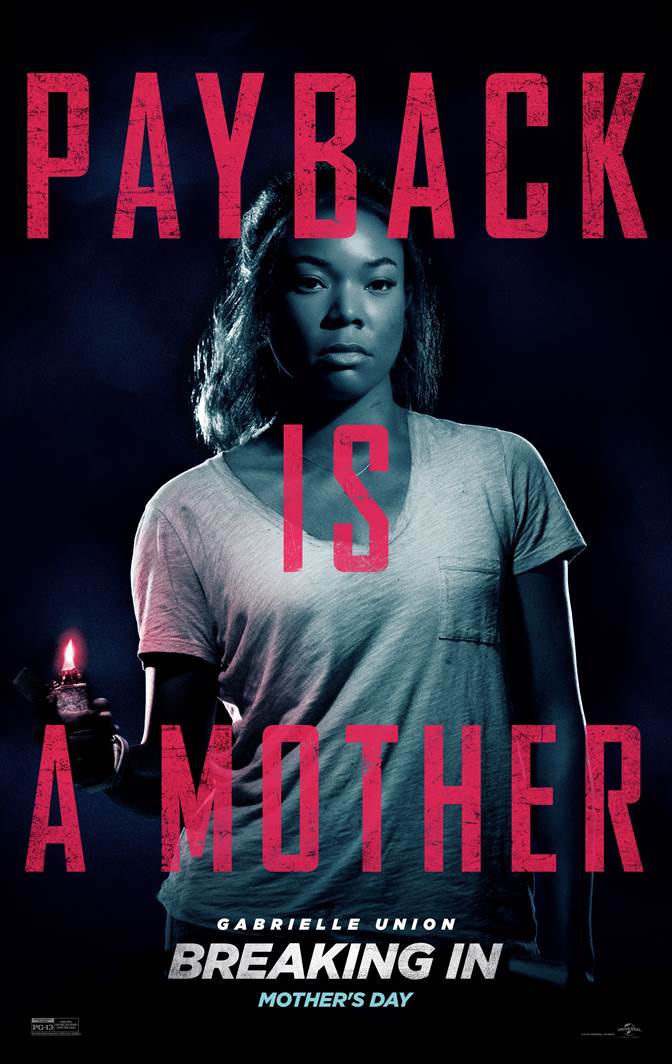 A new poster for the latest film from Gabrielle Union was released today with a revenge-themed message which could give us a hint of what this film is all about. From Universal Pictures in the press release below gives more detail on Gabby’s latest thriller Breaking In.

Next Mother’s Day, Gabrielle Union stars as a woman who will stop at nothing to rescue her two children being held hostage in a house designed with impenetrable security.  No trap, no trick and especially no man inside can match a mother with a mission when she is determined on Breaking In.

Joining Union and Packer as fellow producers are Will Packer Productions’ James Lopez (Girls Trip, Think Like a Man), and Practical Pictures’ Craig Perry and Sheila Hanahan Taylor (American Pie and Final Destination series).  Jaime Primak Sullivan, whose story the screenplay is based upon, serves as an executive producer alongside Valerie Bleth Sharp and Jeff Morrone.