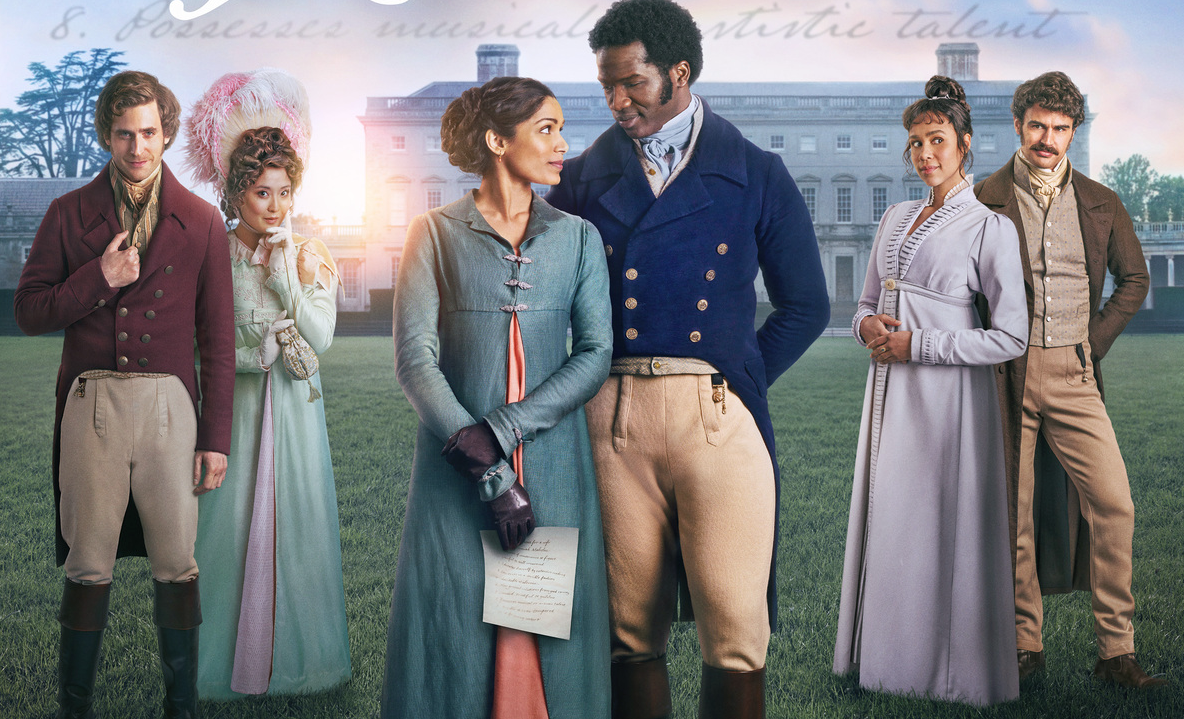 It is a truth universally acknowledged that I have a weakness for period piece films, may it be drama, romance, horror, action, etc. I have a particular fondness for everything Jane Austen. Color me surprised when I find there’s a fairly-new book (2020) that gives Pride and Prejudice vibes with a twist. Now, this book has been adapted into a new film by Bleecker Street (Wild Mountain Thyme). Mr. Malcolm’s List is a welcomed addition to the 19th-century rebirth that we have been enjoying as of late.

Mr. Malcolm’s List is directed by Emma Holly Jones in her first feature-length film and written by the author of the titular novel Suzanne Allain. Jones also directed the short film version of Mr. Malcolm’s List (2019). The story opens in 19th century England. Ms. Julia Thistlewaite is being courted by Mr. Jeremy Malcolm, one of London’s most eligible bachelors.

After one night at the opera, Julia is jilted by Mr. Malcolm after failing to meet an item on his list of requirements for a bride. Humiliated and determined to exact revenge, Julia convinces her friend Selina Dalton to play the role of his ideal match. What started as a game of payback turns into a messy, romantic game of who’s courting whom? The film stars Zawe Ashton (Velvet Buzzsaw), Freida Pinto (Slumdog Millionaire), Ṣọpẹ́ Dìrísù (His House), Theo James (Divergent), Oliver Jackson-Cohen (The Haunting of Bly Manor), and Ashley Park (Emily in Paris).

Ever since the global phenomenon of Bridgerton, people realize how enticing, cool, and successful it can be to put people of color in roles that have, historically, been portrayed by white people. The cast is everything in this film. Move over Mr. Darcy because Mr. Malcolm, portrayed by Ṣọpẹ́ Dìrísù, is the new heartthrob of the 19th-century romance. He plays the role perfectly.

You may call him arrogant at times, but you never fully dislike him. There’s an air about him that is pleasant and lovable. There’s also sadness and loneliness that you connect with right away. Zawe Ashton, as Julia Thistlewaite, played her part well. So well in fact that I believed her to be a bad actress. That is not the case. Her character is just the most ridiculous person ever and should be seen as comic relief.

The message was delayed but eventually received. It was great to see Freida Pinto as Selina Dalton. I know she’s been working, but I haven’t seen her in a film since 2011’s Immortals. She portrays the witty friend with ease. She has chemistry with all of her co-stars. The only odd man out was Oliver Jackson-Cohen, who played Lord Cassidy, Julia’s family and friend of Mr. Malcolm, who is part of the ruse from the beginning. He could be cut out very early on. He doesn’t do a bad job in the film — his character is just unnecessary. He is almost as unnecessary as the help, who serves as bad comic relief.

In the beginning, Mr. Malcolm’s List is very reminiscent of the popular shows and films that have come before it. For that, it is a bit tedious in the beginning. The voiceover parts should have been cut from the beginning because you know people will bring up Bridgerton every time. At this point, it’s over-familiar.

The film does have an enjoyable story with a full arc of romance, sabotage, and lessons learned. The resolution came far too quickly. All was forgiven, and love was ignited in minutes it seems. What was also missing was a sense of the space they were inhabiting. The cinematography was lacking where the visual aspects of the story could have been improved with camera angles and a variety of wide shots.

I enjoyed director Jones’ approach to keeping it simple with the clothes, decor, and manners. Nothing was too over the top apart from a feather headpiece used for comical effect. Even the color pallets of the film seemed muted and matte-like to keep perspective. I was not overwhelmed by the costumes, but they were very period-appropriate and added a nice layer to the characters.

It was all very practical, which was nice because it left it to the actors to bring out the best in each scene. It was also nice to have the only risque thing done is a kiss or a woman being alone with a man for a moment. Sometimes in romance period pieces, it’s the simple things that draw the audience in.
Mr. Malcolm’s List is a friendly church hug that gives you comfort and a nice smile at the end. Another one to add to the collection when you want to watch something that encapsulates its original text with warmth and pleasantry.

New Trailer for the Period Drama Based on Suzanne Allain’s Novel of the Same Name ‘Mr. Malcolm’s List’