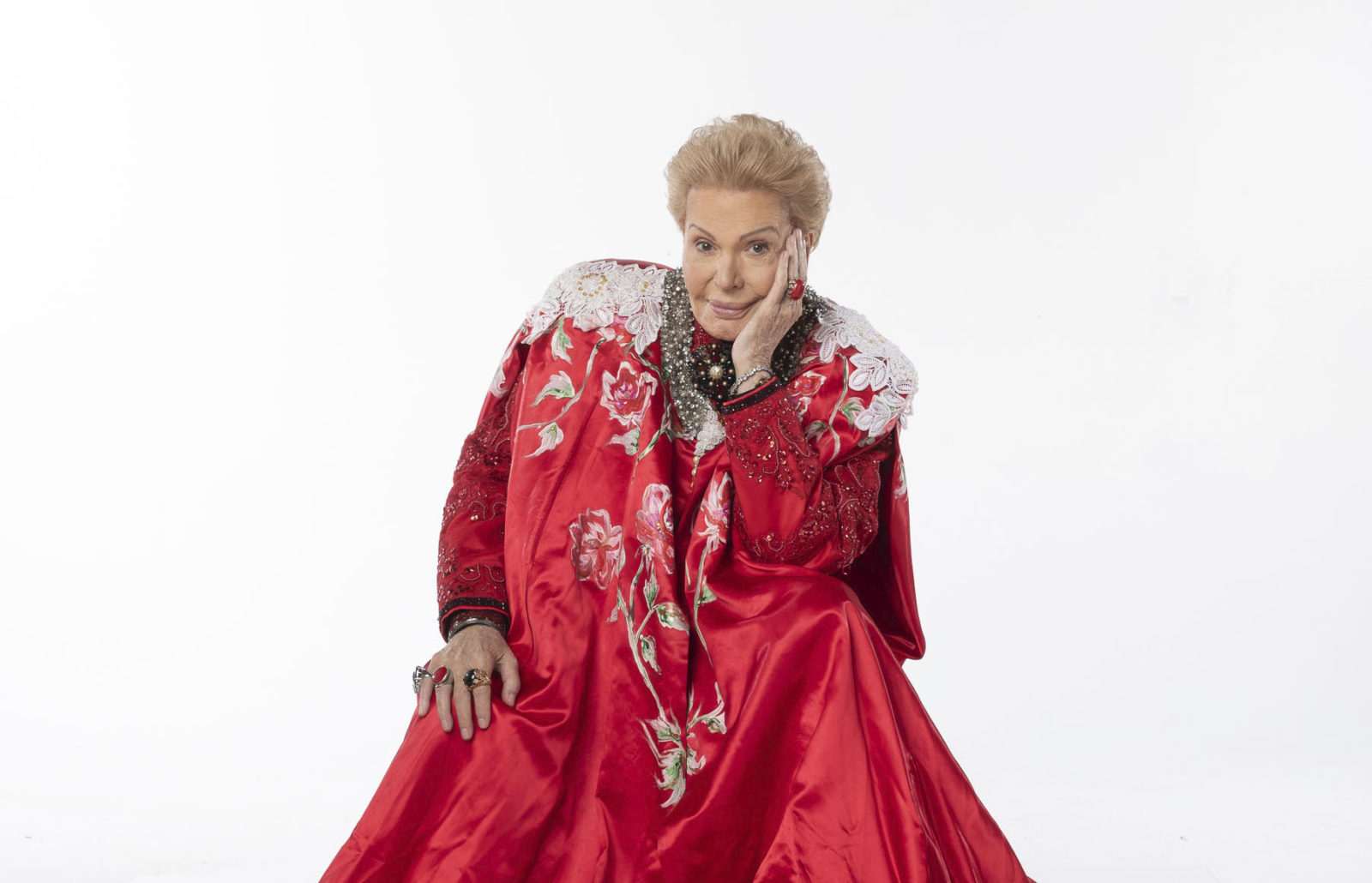 In the beginning of the filmmaking, both directors recognized Mercado’s humility instantly. In Constantini’s interview with the Los Angeles Times, she said, “He started as this magical being in our childhood memories, then slowly became a real person to us, and eventually he turned into an eccentric, fabulous tio abuelo [great uncle]. By the end we were very close to the family.”

So, who is this famous Walter Mercado? Mercado was a Latino astrologer and psychic for decades. Many Latino families began watching his show segments of the daily horoscopes. By the 1980s and 1990s, he was known as the world’s most famous astrologer and psychic. In the documentary, Mercado happily revealed his main purpose in his career. A message to all Latinos and other ethnicities as well, he said, “My message is to give them the force inside themselves. You can win. You can do that. Believe in yourself in that way and helping people to be stronger.”

For a kindhearted and loving human being, also an international astrologist, who contributed positive messages to millions of people, who wouldn’t return mucho amor to him? Nevertheless, Mercado combated persistent issues during his esteemed career, such as questioning his sexual identity, male chauvinism, betrayal, and an enduring lawsuit.

The documentary describes the life of Puerto Rican Walter Mercado, born in 1932 to a family of laborers. Mercado attended the university and studied different fields, like dancing, astrology, and psychology. But his main passion was dancing and acting. By the 1950s, he appeared in Spanish soap operas until 1969, when he was offered his own astrology segments in numerous Spanish television shows because of his gifted talent in astrology. In addition, his shows aired on over a hundred radio stations across different countries. He also appeared in numerous American talk shows and interviews. Mercado had an immense number of photos taken with American Hollywood stars as well. In 2019, Puerto Rican American Lin-Manuel Miranda met the famous astrologer. “The fact that we had this footage of Lin freaking out about Walter is what helped us sell it, because that allowed people who didn’t grow up with Walter to believe that he was just this big of a deal,” Constantini says.

In the beginning of Mercado’s astrology career, many people pondered on his sexual orientation. He loved wearing his bright colored wardrobes and long capes with bulging blonde hairstyle and facial make-up. Then, when he gave the twelve horoscope in his lively manner, unfolding a combination of positive readings and overpowering any negative energy in one’s life, he would swing his arms around, using his dancing skills and pointing his hands directly to the public, as if welcoming you into his arms for support. During the 1970s and 1980s, this was very unusual to see on ordinary television. But Mercado knew he was a unique individual, and he worked in the same fashion for decades.

LA Times writer Carlos Aguilar stated, “Flamboyant and unafraid to overtly tap into his femininity, Mercado transcended binary notions of sexual identity without ever formally coming out or explicitly discussing his orientation.” Homosexuality was not accepted in the Latino culture during the 1970s through the 2000s, keeping the gay community from speaking out. Men would harshly impersonate Mercado on other Spanish shows. An interpretation of disrespect and avoiding equality, this showed the endless conflict from male chauvinism. On the other hand, gay Latinos admired Mercado, and he became a huge inspiration to them, giving them hope and confidence within themselves.

Mercado launched an extensive lawsuit against his former manager, who was an important person during his career. Mercado treasured Guillermo “Bill” Bakula as a son, a son that he never had, according to the film. Many fans would agree that Bakula took advantage of Mercado, keeping the rights to his name and his astrology business. However, Mercado did not once insult Bakula in the documentary. Walter Mercado shows his personal qualities by being a loveable, respectful, and optimistic human being. Betty, his niece, said, “There was no difference between the uncle with the capes that we saw on TV and the uncle in our everyday life. He was just as glamorous off-camera.”

Walter Mercado reached out to a diverse population worldwide with his positive charisma that fans highly cherished. Aguilar states, “They [both sisters, Betty Benet Mercado and Ivonne Mercado] say there’s interest from the Smithsonian to display Walter Mercado’s capes and artifacts as part of a celebration of famous Latinos; however, the pandemic has delayed those plans.” Constantini and Tabsch were able to provide a rich documentary about Mercado’s milestones and difficulties for his beloved fans.