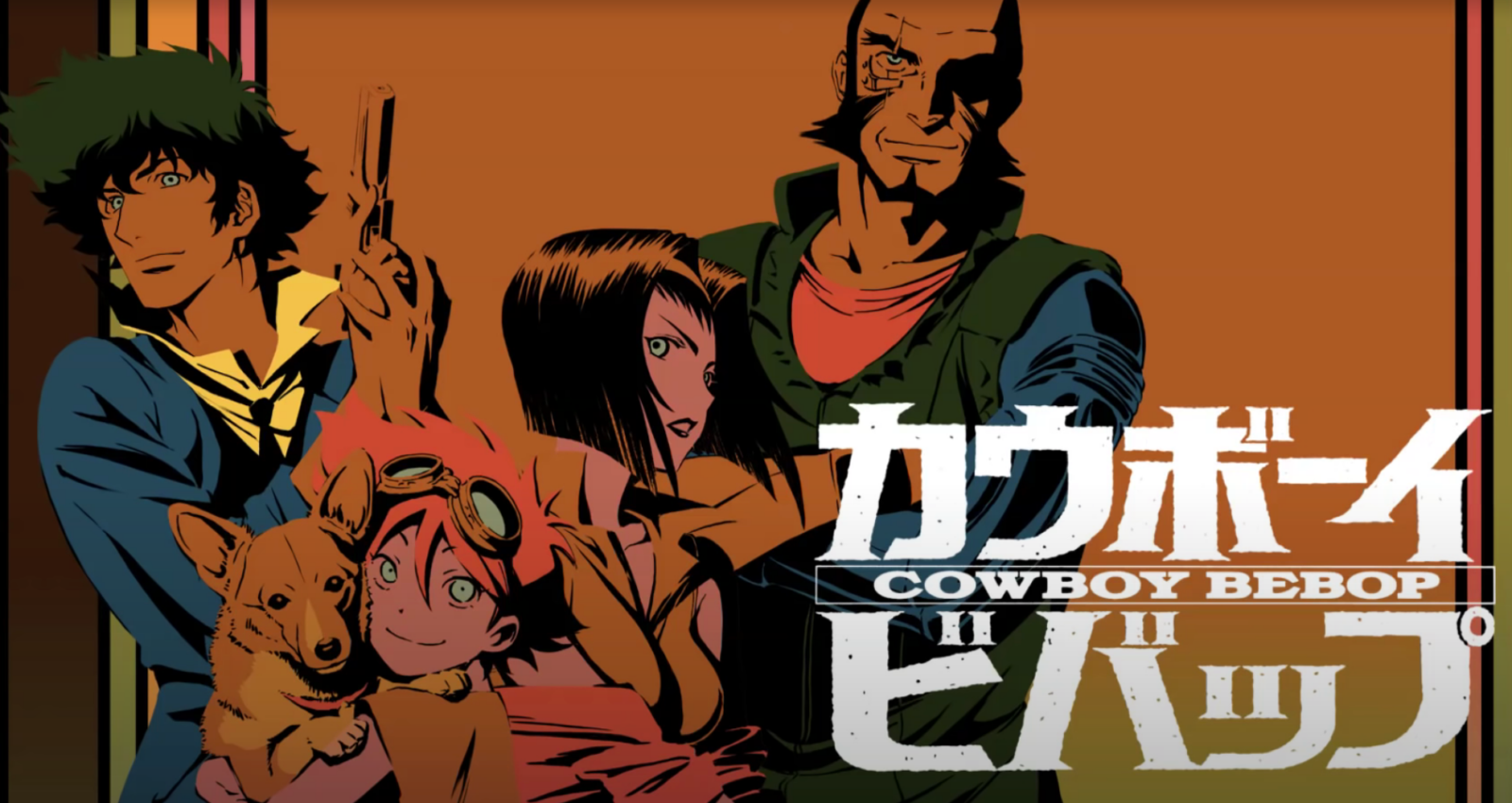 Cowboy Bebop is the latest anime to receive the honorary Netflix adaptation from animation to the small screen; the live-action version will premiere on November 19.

According to Anime News Network, the original anime is considered “one of the most popular and respected anime titles in history.” Since its release, Cowboy Bebop has developed an enormous following, not just for its cinematic art style, mature themes, and epic plotlines, but especially for its groundbreaking soundtrack. The score has earned critical acclaim and is arguably the greatest anime original soundtrack of all time. It’s truly a star in its own right.

The Cowboy Bebop original soundtrack was released in 1998 and is the first of seven Cowboy Bebop albums — all 17 of its tracks make an appearance in the show from scene transitions to background music. The music of Cowboy Bebop plays a major role in the series. During a 2013 interview at anime convention Otakon, series director Shinichiro Watanabe confessed that the show’s composer Yoko Kanno was a muse for some of the anime’s direction. “There were instances where I heard these songs she created for Cowboy Bebop, took inspiration from them and created new scenes for Cowboy Bebop. And then she would be inspired by these new scenes I’d created, they would give her new ideas for music, and she’d come to me with even more music.” Where most anime original soundtracks go with youthful bubblegum Jpop themes, Cowboy Bebop sets itself apart with its sophisticated hard bop and blues soundtrack. The big band hits were performed by the Japanese band Seatbelts (fronted by composer Yoko Kanno) and were created specifically for the anime.

How Music Presents Itself in the Show

Director Watanabe has a reputation for intertwining music with his series’ content, which he demonstrates superbly in Cowboy Bebop; in this western sci-fi noir, as the dramatic story unfurls, music is never too far behind. In the music anthology 33⅓:  Yoko Kanno’s Cowboy Bebop Soundtrack, author Rose Bridges interviews part of the series English cast, voice actors Mary Mcglynn and Steve Blum. Blum had this to say about the significance of music to the anime: “There’s storytelling through music, as well as through animation and through dialogue. But that didn’t happen all at the same time…the music is one of the strongest voices in the show.” That’s thanks in large part to composer Yoko Kanno, who notoriously got overzealous and submitted more music than was initially requested for the project. Still, this abundance was a gift in itself.

Whether music is used to establish a mood for a scene or convey the personality of a character (the sultry track “Spy” can be heard when we first meet the sly, gun-wielding Faye Valentine), there are many ways music presents itself in Cowboy Bebop, even literally at times (in both Episodes 6 and 7, two of the main characters have identities that correlate with music). Unlike your everyday anime, in Cowboy Bebop, the soundtrack is used for more than mere action sequences and scene transitions. The music has a pertinent presence on its own, adding emphasis to major plot developments like the introduction of a villain.

Let’s dive into the many ways music presents itself in Cowboy Bebop.

Performed by Japanese singer Mai Yamane, this sad rock song is used as the series’ ending song and in the finale. With grim lyrics that translate to “I only want to know what true sadness is,” it’s no wonder this downtempo track is used to symbolize endings, both to the anime’s episodes and a central character’s story.

Every time Spike and the gang tune in to Big Shot, the bounty hunting news channel used in Bebop’s universe, we’re alerted by the blaring horns of Seatbelt’s “American Money.” As hosts Punch and Judy deliver the solar system’s most up-to-date bounty hunter news, their energy is matched by the rapturous strums of a banjo.

The misfit Bebop crew stirs up trouble all over the galaxy, and every episode, we’re introduced to a new setting. The soundtrack helps with that. Cowboy Bebop uses its soundtrack to give us a glimpse into a new location, each scene getting a distinguishable song. The rhythmic reggae patterns of the track “Pot City,” for example, introduce us to the shady planet of Mars, a world where you can buy anything from “guns to human lives.”

They say where words fail, there is music. That is certainly the case in Cowboy Bebop; the series constantly uses music to set the tone. From hope and fear to desperation and anticipation, some of the series’ most gut-punching moments are heightened by the clever use of its music, catching us in our feels every time. Like the epic showdown of friends turned foes in Episode 5’s “Ballad of Falling Angels.” All hope seems lost as protagonist Spike Spiegel is thrown from a grand Catholic church window, and as he slowly descends, the mood of the scene is amplified by the mesmerizing score of Yoko Kanno’s “Green Bird.”

We know the stakes are high, and all hell is about to break loose when we hear the energetic drum and horn solo of Seatbelts’ “Rush.” In Cowboy Bebop, quickened jazz ensembles are used to convey the desperation of critical situations, like when a zero suit Spike exchanges blows with casino owner Gordon in Session 3’s “Honky Tonk Woman.”

You’d be surprised to learn how deeply embedded music is into Cowboy Bebop, not just to the anime’s setting but also to other various aspects of the show’s development. Here are some subliminal ways music relates to the anime.

Fans of the original soundtrack will be happy to know that Yoko Kanno has reprised her role as the composer for the live-action Netflix series. If it’s anything compared to its predecessor, we should be in for a real treat. In the meantime, you can stream the original Cowboy Bebop soundtrack now on Spotify and Apple Music.