The backlash from Damien Chazelle’s La La Land is gaining steam. Warranted or not most folks are just about sick of seeing the Los Angeles-based musical clean up this awards season. At the end of the Golden Globes ceremony last month, when indie darling Moonlight won for Best Picture, you could feel everyone collectively cooling on the La La Land accolades. Some might say that it is enviable for something wildly popular to face a backlash. It happened with The Force Awakens, Jennifer Lawrence, and the once beloved Tom Hanks epic Forrest Gump. Though all of these have tangible reasons behind the backlash, it is difficult to see given how loved they once were. I would argue that the same U-turn is coming for La La Land. 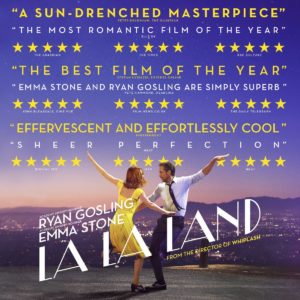 Many are dismissive on the about face. They say it’s a symptom of internet culture – a minor form of trolling. Many film critics even make a living off of how well they can take down a movie. I read reviews daily from respected film critics who could not make a positive and eloquent turn of phrase with both hands and map. Transversely if their goal is to savagely burn a movie, they suddenly possess the lyrical dexterity of Maya Angelou. It’s easy to tear down a film, without question, and I don’t want to tear down the Oscar frontrunner, but there are some very clear reasons why its superiority as the best film is overblow. There are some very troubling parts of the narrative around the film and its filmmakers. Moreover, upon closer inspection, one would be hard-pressed to justify its 14 Oscar nominations.

I will be the first to admit, I saw La La Land at Tiff last year, and I liked it. La La Land premiered at the Toronto International Film Festival with a lot of buzz. It had a celebrated director, pitch-perfect casting, and a unique concept with lots of heart. When I watched it, it hit me in all the right places. I thought it technically precise, colorful, and fun. I did not walk out feeling it was my favorite film, the best film of the year, or even the festival, but that’s just me. I did suspect however that the movie would be pretty popular among critics and movie goers. It’s a film that doesn’t ask much of the audience, and it doesn’t give a lot back. This is not to say every film has to be thought provoking, but honestly, I got more feels from the puppy in John Wick. These are the types of things I’d discuss in a review, but the quality of the film is not why people are turning on it. I, along with several others are sick to death of it is overshadowing other films under a convenient narrative and Hollywood narcissism. 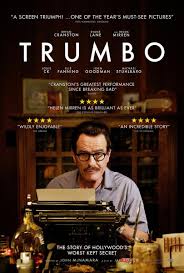 The biggest and perhaps the easiest shot that you can take on La La Land is its complete self-indulgence – Hollywood loves Hollywood! The Player, The Artist, L.A. Confidential, Adaptation, Trumbo, Barton Fink – What do they have in common? They are movies about making movies, and guess what? – Hollywood loved them. Who doesn’t want to see their story? There’s a reason why hackers like Mr. Robot & Hackers. It is the same why people who work in politics like The West Wing and The American President. It’s the quiet satisfaction you have when you feel a part of something. You feel ownership – it’s your story. If you like or identify with something and it’s the subject of the film, you’ll tend to like it even more. I mean how many other Black Girl Nerds put Hidden Figures in their top five? Hollywood is no different. The thing that makes it nauseating with La La Land is the fact the adoration isn’t nuanced. The film screams from the opening number – WE LOVE HOLLYWOOD LOOK AT ME. The lovefest doesn’t let up once during the entire 128-minute runtime! To then have that very same Hollywood fall all over itself to praise its personal cinematic anthem, is a form of narcissism that is past patience. That is next level ego – “Look at the great job they’re doing in that film telling us how great we are!”. We get it – you all came to Hollywood to follow your dreams. It was hard, but you persevered – LOOK AT ME. Seriously, only a film about Hollywood could have this much self-love and be described as entirely accurate.

The next knock on the praise surrounding the film is the idea that it’s an indie darling that beat the odds. I lost count how many times during the 11 acceptance speeches, last month at Golden Globes; the winners thanked Lionsgate for ‘taking a risk.’ Every film is a gamble to some degree, but was it a huge risk to make a modern day musical? Most moviegoers don’t yearn for a new musical every Friday night, but since 2010 there have been 14 musicals from both original and adapted properties. Of those 14 only Rock of Ages and the practically straight to VOD Last Five Years have not made money. Not every film racked in the La La millions, but 270 million dollars is a something no one – including the filmmakers saw coming. The idea that a film backed by a major studio with two proven A-list actors wouldn’t recoup the production budget is a bit naïve. Not everything you think is gonna be a hit is profitable, but the crap-tastic Burlesque with Christina Aguilera and Cher pulled in 90 million domestically. So again, how risky was it?

In regards to its independent status, I want to make this very clear, so everyone understands. La La Land is not an indie! Sorry! I know people get confused because Damien Chezelle and Ryan Gosling primarily do independent films, but this ain’t one of them. Lionsgate, the company behind the Hunger Games, produced financed and promoted the film from day one. Just because Damien Chazelle made it, doesn’t change that. When Ryan Coolger made Fruitvale Station that was an indie debut at Sundance acquired and distributed by the Weinstein Company. Coogler doesn’t then get to claim that Creed was and indie cause it helps sell it to other folks. In fact, wanna know what is risky? – Making a Rocky movie about Apollo’s bastard and calling it Creed. Something tells me that might have been a harder sell. I don’t wanna take anything way from Chazelle and everyone who worked on the film, but let’s call it what it is, a mid-budget studio film that surpassed expectations.

Finally and possibly the most infuriating point is the idea that La La Land is the superior film, and it deserves every accolade it gets. Recently the LA Times posted an Op-Ed, which questioned if La La Land would be deprived of a Best Oscar win because of the political climate. In the article, they wondered if new Academy membership with younger, more diverse talent like Mahershala Ali, Idris Elba, Byung-Hun Lee, and America Ferrera, might prefer real-life issues to sentiment and nostalgia. Putting aside the fact that perhaps the voters might just vote on what they find the superior film (Crazy concept, I know). You have wonder, what about the political climate could prompt voting Moonlight over La La Land? Some Academy voters will never vote for Mel Gibson or Casey Affleck for reasons that have nothing to do with what they put on the screen, and I don’t blame them. But that is an affirmation of why someone won’t get a vote, not assuming a vote is being cast solely to make a statement. 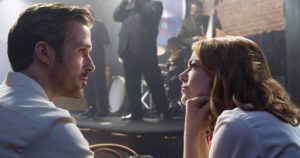 If a film like Moonlight, Fences or Hidden Figures does win Best Picture a narrative like this diminishes the achievement. As if to say “Oh we just wanted to give it to gay black boy movie to piss off Trump – I’m gonna ask anyone who spouts such nonsense to go ahead and take several seats. If Barry Bandry and the team behind Moonlight wins – Yes, I will cheer alongside every other fan of the film. I refuse, however, to let you shade said film by saying that it won because of some political statement. If Moonlight wins, I’d like to think it is because the voters thought it was the best film of 2016. Perhaps in that, I am naïve but to assume the new voters are gonna come in with some agenda is just another form of segregation and gatekeeping. Similar to Fanboys who say “These new fans of Marvel don’t get the cannon, so we gotta dumb it down for them.” To borrow a phrase from that faction – Umm actually, Moonlight has won more awards than any other film this awards season. I have a better piece for the LA Times – Will Hollywood’s complete self-absorption prevent it from accurately evaluating this year’s Oscar categories? Though most signs point to yes, I remain hopeful.

La La Land isn’t a bad film. I hope it walks away with some well-deserved hardware come Oscar night, but let’s examine what it should be winning. What was the best song from a film in 2016? City of Stars was alright but not near as moving as Sing Street’s snubbed “Drive it Like You Stole it” or as catchy as the Lin-Manuel Miranda penned “How Far I’ll Go” from Moana. I liked the dialogue of La La Land, but it didn’t move me like Manchester by the Sea, and it wasn’t nearly as believable as Hell or High Water. Finally, every film that is nominated for Best Picture could win. I don’t see a single film on that list that isn’t deserving, but I hope the Academy votes with their hearts and minds. I don’t think a film should win because it harkens back to good-old-days any more than I believe that it should win because it is trying to send a message. The recipients of the message are likely are too dimwitted grasp it anyway. In fact, how dim-witted those folks are is the one thing the recent political climate has taught us.