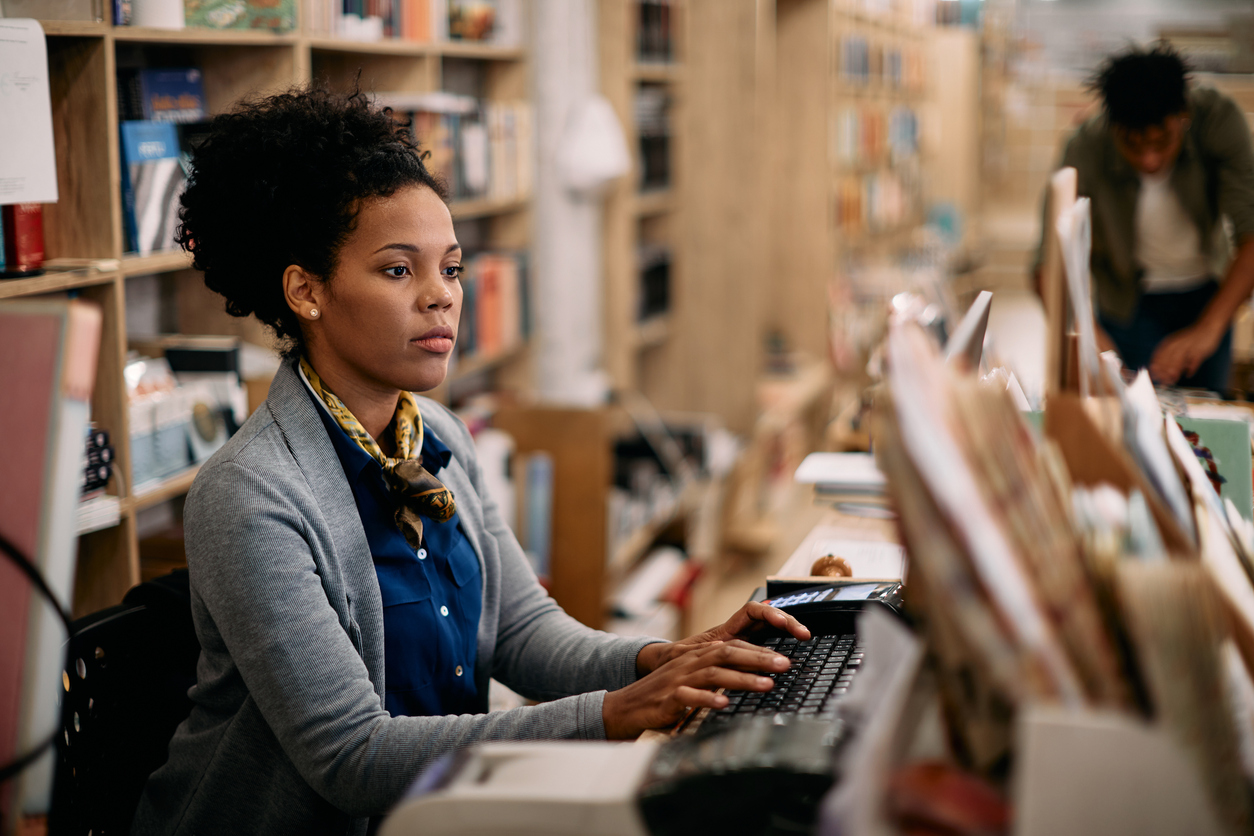 April 4th is National School Librarian Day which recognizes the professionals who keep school libraries in working order. School librarians provide guidance and resources that connect youth to information around the world. They are the ones responsible for creating an environment where students can learn.

According to the National Center for Education Statistics, there are 90,400 public and private schools for grades kindergarten through high school in the United States. Of those, 82,300 have school libraries, and only 56,000 have full-time librarians.

As a kid, I can remember my school librarian being helpful to all of us students. Any question you asked her, she knew the answer to. Those card catalogs and Dewey Decimal System were it back then, and let’s not forget microfiche. Our school librarian made sure we understood how to utilize these tools and research the information we needed. Aside from our teacher, the librarian was also the most unique and non-threatening. We all felt comfortable with her and had the freedom to explore and discover new things.

The school library affects what learning looks like for students and teachers. When schools are at their best, the teacher and librarian can collaborate. School librarians are experts in collaboration, engagement, and their focus is on helping students think, create, and grow.

You could say that librarians have superpowers because, in the 90s, Marvel’s original Spider-Woman was a Black librarian named Valerie. Known as Valerie the Librarian, she defended her library from villains the Vanisher and the April Fool. I know that’s right Valerie!

The truth is representation matters, even in the school library. Black librarians across the country go to work every day and see Black literature being attacked. Books that tell the truth about America’s history of racism, or that are written by Black people, are being banned. The restriction of literacy is a painful part of Black history in this country, and it’s a critical piece of history for Black librarians in understanding their roles.

Here’s what I find interesting: A 2016 Pew Research Center survey on library usage found that “library users who take advantage of libraries’ computers and internet connections are more likely to be young, Black, female, and lower-income,” with 42 percent of Black library users accessing those resources.

These were findings from six years ago. When the pandemic began two years ago, we learned that children in marginalized communities greatly lacked access to the internet at home. When I see this, it says to me that libraries are essential for students to be able to participate in online learning, especially young Black women and girls.

The late Representative John Lewis said that internet access would be the civil rights issue of the 21st century. He was talking about information access in general. School libraries have the opportunity to be an everlasting source of power in the communities they serve.

Clara Stanton Jones was a pioneer in her library science career. She lived in segregated St. Louis, Missouri, and attended Milwaukee State Teachers College where she was one of six Black students, instead of the local teacher’s college that was designated for Black students. Jones wanted to be an elementary school teacher but decided to become a librarian after transferring to Spelman college.

Jones received a degree in Library Science from the University of Michigan, then accepted the position as director of the Detroit Public Library and became the first Black director of a major city public library. Soon after, she was elected the first Black president of the American Library Association where she worked to desegregate libraries and their services, as well as improve library culture.

In 1932, Dorothy Porter became Columbia University’s first Black graduate, earning an M.S. in library science. She’s best known as the librarian who changed how works by Black writers are classified. Porter’s classification method challenged the racism and gatekeeping of knowledge within the Dewey Decimal System.

School librarians connect other educators to resources for teaching and learning. They partner with teachers to provide print and digital materials that advance student learning. It makes sense that schools with a library program help with better student outcomes. I suppose they really are superheroes.

Learn more about the history of libraries, and those who were pioneers. As a student, say “Thank you” to your school’s librarian, and take a card or small gift. As a librarian, use #SchoolLibrarianDay to post experiences and photos on social media.

Hoopla Is A New Digital App For Libraries Featuring Comic Books and More!

Self-Acceptance as a Black Girl: Insecurities in Intense Academics