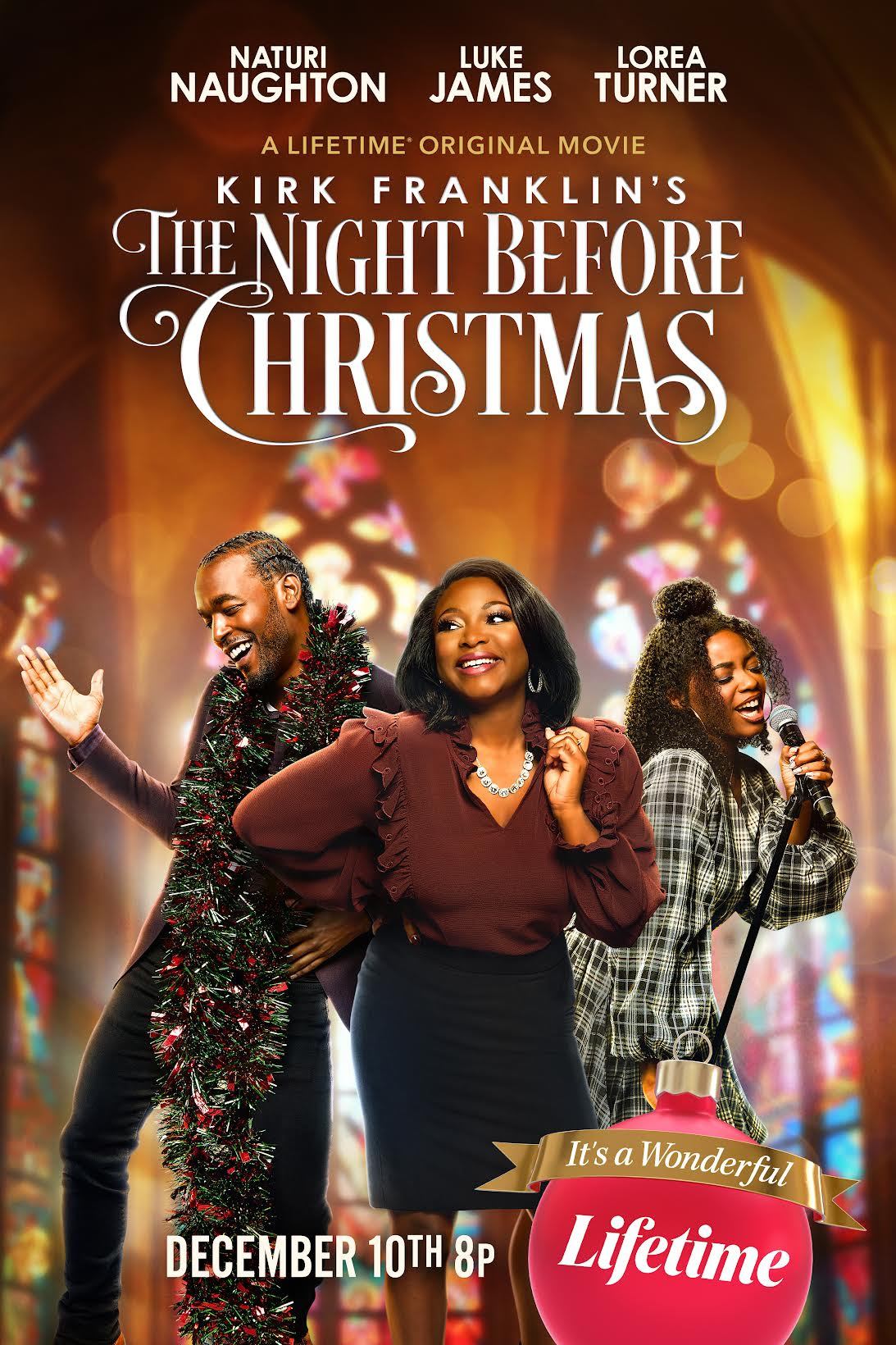 Lifetime has an excited slate of upcoming holiday movies including the original film, Kirk Franklin’s The Night Before Christmas starring Naturi Naughton, Lorea Turner and Luke James. The film is set to premiere Saturday, December 10th on Lifetime at 8PM ET. The family film was executive produced by 16x GRAMMY Winner Kirk Franklin who stars in the film as well.

Caught in a blizzard on Christmas Eve, estranged mother and daughter Journee (Naturi Naughton) and Nia (Lorea Turner) are forced to take refuge inside a church where a handful of also-trapped parishioners are reeling from the cancellation of their annual holiday concert. The spirit of the season takes hold as Journee and Nia weather the wintry storm together with the other churchgoers, including handsome youth pastor Adam (Luke James) and a heavenly music teacher (Kirk Franklin), who motivate the mother and daughter to reconcile their differences through music, faith, and love. With the help from this unlikely yet spirited group of strangers, Journee and Nia band together to help the church salvage not only their holiday traditions, but also their show-stopping Christmas day performance, despite the raging storm outside.

Naturi Naughton of ‘Queens’ Is Ready to Reign