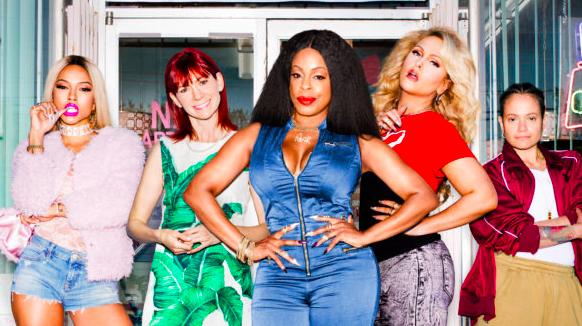 ABC’s Scandal is gone but the reign of Black women led shows is alive and still on the rise. On June 11, 2017 TNT’s Claws made a heart-racing debut with a killer ending to the pilot. The charming Reno 911 and The Soul Man star, Niecy Nash, is giving a stunning performance as the talented, street smart and beautiful Desna Simms. 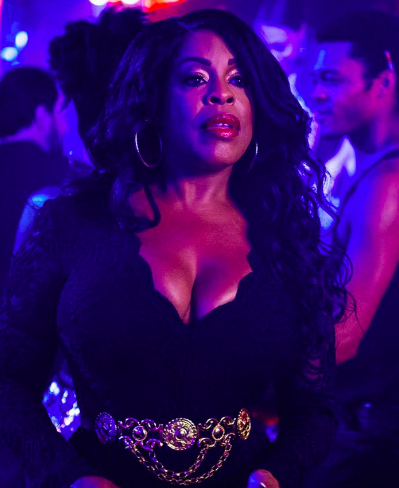 Playing a business owner Nash’s character is the successful owner of a nail salon with ambitious goals. Desna is not someone to sleep on and if you cross her she will get you back. Ask her former flame, Roller (Jack Kesy).

While Niecy is the leading actress her character has a tight and loving crew who help make the Claws as exciting as it is. Jennifer (Jenn Lyon), Desna’s oldest friend, is a loving wife and mother who does everything she can to keep her family out of the seducing call of crime life. Quiet Ann — played Scrubs’ Judy Reyes — is the crew’s muscle who you can’t help but root for when trying to find a special lady to be with, or dealing with her homophobic parents. Beloved True Blood and The Good Wife actress, Carrie Preston, showcases her skills as an actress by playing, Polly, a recently freed con-artist with multiple aliases. Karrueche Tran’s character, Virginia is that selfish schemer who grows into so much more as the show progresses. At first you wanna beat her up with Desna and her crew in episode one but by the end you want to give her a hug because all she wanted was to feel welcomed and loved. 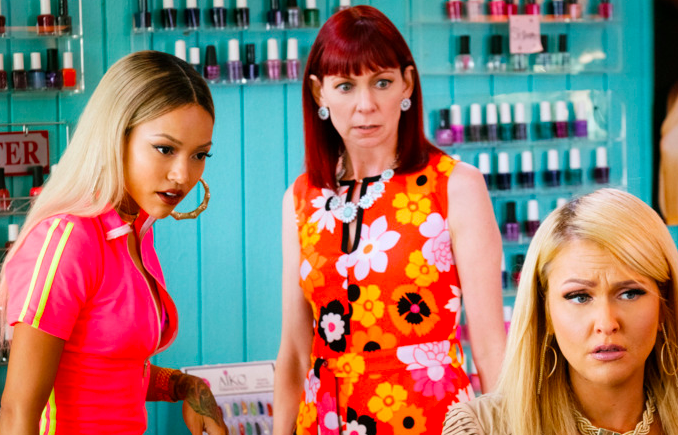 Love, and it’s various forms, seems to be a pretty big and recurring theme on Claws. In episode six of season one it’s established that Desna’s love for nail art that got her a way out for a better life. It’s also her love for her brother Dean (Harold Perrineau) that helps drive her to become successful and live in a house by the beach with him, and it was Roller’s betrayal of Desna’s love for him that got her to try and kill him.

We also see how deeply Uncle Daddy (Dean Norris) loves his nephews when he grieves for Roller. Criminals or not the Husser are the type that will beat each other up over bringing the family into a war with the Russians but still hug and cry it out after. Not unlike Desna’s own crew. They’ll get angry and fight each other but there will always be a type of sisterhood among them. 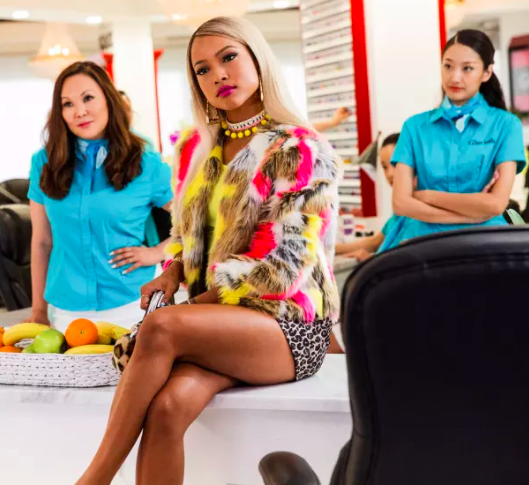 While we’re on the subject of love can we talk about the marriage between Desna’s bestie for life Jennifer, (Jenn Lyon), and her husband Bryce (Kevin Rankin)? Most of society would say that a relationship between two addicts will never work in the long run, but the Hussers are surprisingly functional. That is until Uncle Daddy is pressured and bribed into a life of crime that leads to death and adulterous sex.

In season one Jenn and Bryce were rocky at times, but strong. Then because of the Husser business — a family vendetta and Desna’s hidden actions, you’re worried if they are gonna make it. It isn’t until an act of violence that reunites them in the second season. Pretty ironic because it was drug dealing and murder that put a rift in their marriage and then attempted murder that, indirectly, mended it.

Claws is a show that has a lot of great qualities with the use of representation within the LGBT+ community in both Uncle Daddy, a bisexual man, and Quiet Ann as a butch lesbian of color. A functioning blended family with Jennifer and Bryce, Desna fighting to overcome racial barriers to open up an honest business. However, the good doesn’t mean you should overlook the less good. 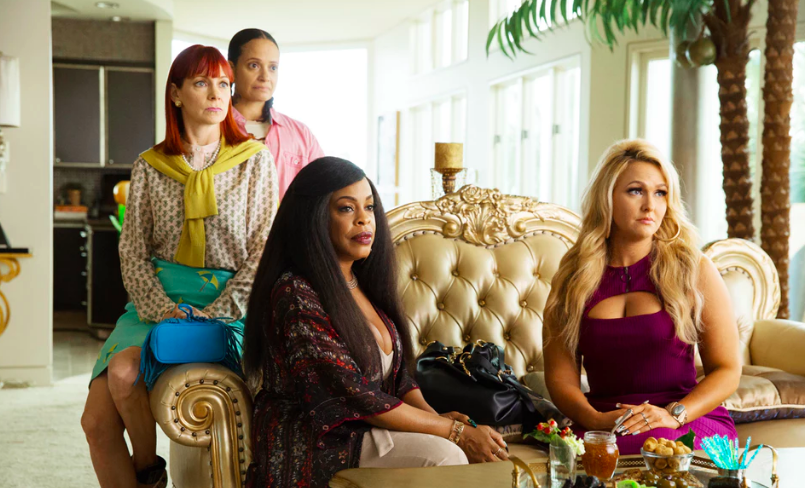 Since the show premiered some viewers have pointed out the issue with casting Lost actor Harold Perrineau as Desna’s autistic brother. Since the actor isn’t autistic some felt like it would’ve been better if TNT had casted an actor with autism instead. To the show’s credit — Dean is written very well. He’s caring, smart and artistic man who stands up for his beliefs. By season two, we see Dean branching out and establishing his own independence. Perrineau also seems to have a great deal of respect for his character and what Dean represents as he has done his research. However, the criticism still remains.

As of now, the main plot problem is how the show is dealing with Roller. In the very first episode he “died,” and he had a very big and obnoxious funeral. Roller also was held captive by an unstable woman for months. Where are the consequences of that? Season two is almost over and we don’t see Roller dealing with any form of PTSD, his body seems to be in perfect shape — no scars or nothing — and is he not still “legally” dead, or was the paperwork for that going really slow? Uncle Daddy’s nephew just comes back, the show brings in the Russians and we don’t mention it again.

TNT has a really good show with a good cast and good writing. The camera shots are nice and the costume crew has everyone looking very colorful and stylish. Getting a second season was rightfully earned and is going pretty well, hopefully, there will be many more.