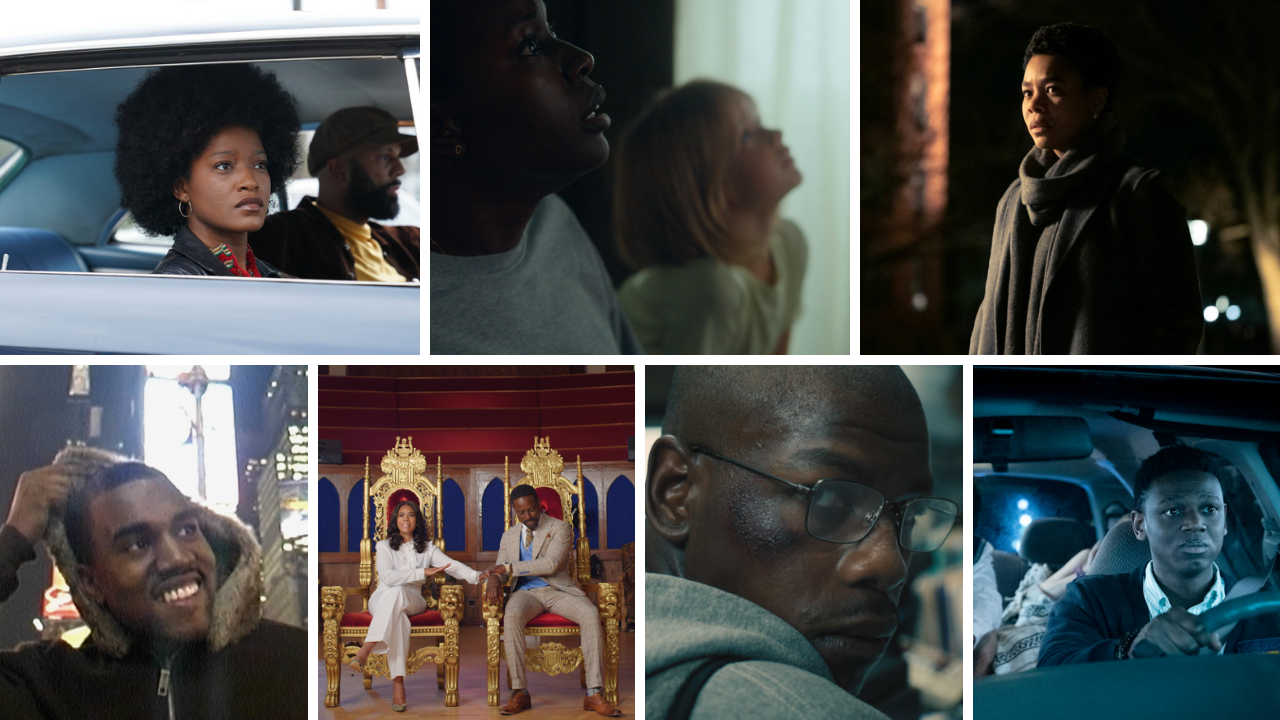 Next month film critics and cinephiles everywhere will make plans to travel to the wintery mountain-filled terrain of Park City, Utah to watch some good old-fashioned independent movies and more!

Each year, we work to highlight films featuring Black talent and directed by Black filmmakers. So if you need to know what Black films are playing at Sundance 2022? We’ve got you covered!

Presenting the world premieres of fiction feature films, the Dramatic Competition offers Festivalgoers a first look at groundbreaking new voices in American independent film. Films that have premiered in this category in recent years include CODA, Passing, Minari, Never Rarely Sometimes Always, The Farewell, Clemency, Eighth Grade and Sorry to Bother You.

World-premiere American documentaries that illuminate the ideas, people and events that shape the present day. Films that have premiered in this category in recent years include Summer of Soul (or, When the Revolution Could Not Be Televised), Boys State, Crip Camp: A Disability Revolution, APOLLO 11, Knock Down The House, One Child Nation, American Factory, Three Identical Strangers and On Her Shoulders.

Aftershock / U.S.A. (Directors and Producers: Paula Eiselt, Tonya Lewis Lee) — Following the preventable deaths of their partners due to childbirth complications, two bereaved fathers galvanize activists, birth-workers and physicians to reckon with one of the most pressing American crises of our time – the U.S. maternal health crisis. World Premiere.

Descendant / U.S.A. (Director: Margaret Brown, Producers: Essie Chambers, Kyle Martin) — Clotilda, the last ship carrying enslaved Africans to the United States, arrived in Alabama 40 years after African slave trading became a capital offense. It was promptly burned, and its existence denied. After a century shrouded in secrecy and speculation, descendants of the Clotilda’s survivors are reclaiming their story. World Premiere.

Ten films from emerging filmmaking talents around the world offer fresh perspectives and inventive styles. Films that have premiered in this category in recent years include Hive, Luzzu, The Souvenir, The Guilty, Monos, Yardie, The Nile Hilton Incident and Second Mother.

Marte Um (Mars One) / Brazil (Director and Screenwriter: Gabriel Martins, Producer: Thiago Macêdo Correia)  — In Brazil, a lower-middle-class Black family of four tries to keep their spirits up and their dreams going in the months that follow the election of a right-wing president, a man who represents everything they are not. Cast: Rejane Faria, Carlos Francisco, Camilla Souza, Cícero Lucas. World Premiere.

Pure, bold works distinguished by an innovative, forward-thinking approach to storytelling populate this program. Films that have premiered in this category in recent years include The Infiltrators, Searching, Skate Kitchen, A Ghost Story and Tangerine. NEXT is presented by Adobe.

RIOTSVILLE, USA / U.S.A. (Director: Sierra Pettengill, Producers: Sara Archambault, Jamila Wignot) — Welcome to Riotsville, a fictional town built by the U.S. military. Using footage shot by the media and government, the film explores the militarization of the police and the reaction of a nation to the uprisings of the late ’60s, creating a counter-narrative to a critical moment in American history. World Premiere. Documentary.

A showcase of world premieres of some of the most highly anticipated fiction and nonfiction films of the coming year. Documentaries that have screened in Premieres include The Dissident, On the Record, and Miss Americana, and past fiction features include Kajillionaire, Promising Young Woman, The Report, Late Night, and The Big Sick.

We Need to Talk About Cosby / U.S.A. (Director: W. Kamau Bell, Producers: Andrew Fried, Katie A. King, Geraldine L. Porras, Dane Lillegard, Sarina Roma, Jordan Wynn) — Can you separate the art from the artist? Should you even try? While there are many people about whom we could ask those questions, none pose a tougher challenge than Bill Cosby. World Premiere. Documentary.

The Spotlight section is a tribute to the cinema we love from throughout the past year. Films that have played in this category in recent years include The Biggest Little Farm, Birds of Passage, The Rider, Ida, and The Lobster.

Just Another Girl on the I.R.T. / U.S.A. (Director and Screenwriter: Leslie Harris, Producers: Leslie Harris, Erwin Wilson) — A Brooklyn young woman, smart, witty, and confident, is not just another teenager on the NYC subway. Determined to make it out of her neighborhood and become a doctor, she confronts adversity while navigating challenging waters to achieve her dreams and goals… Cast: William Badget, Chequita Jackson, Ebony Jerido, Ariyan Johnson, Kevin Thigpen, Jerad Washington. 1993 Sundance Film Festival – winner of the Special Jury Prize for Outstanding Achievement in a First Feature.

Sundance begins Jan 20th and runs through Jan 30th in 2022. The festival will be available both on location in Park City, Utah and virtually.