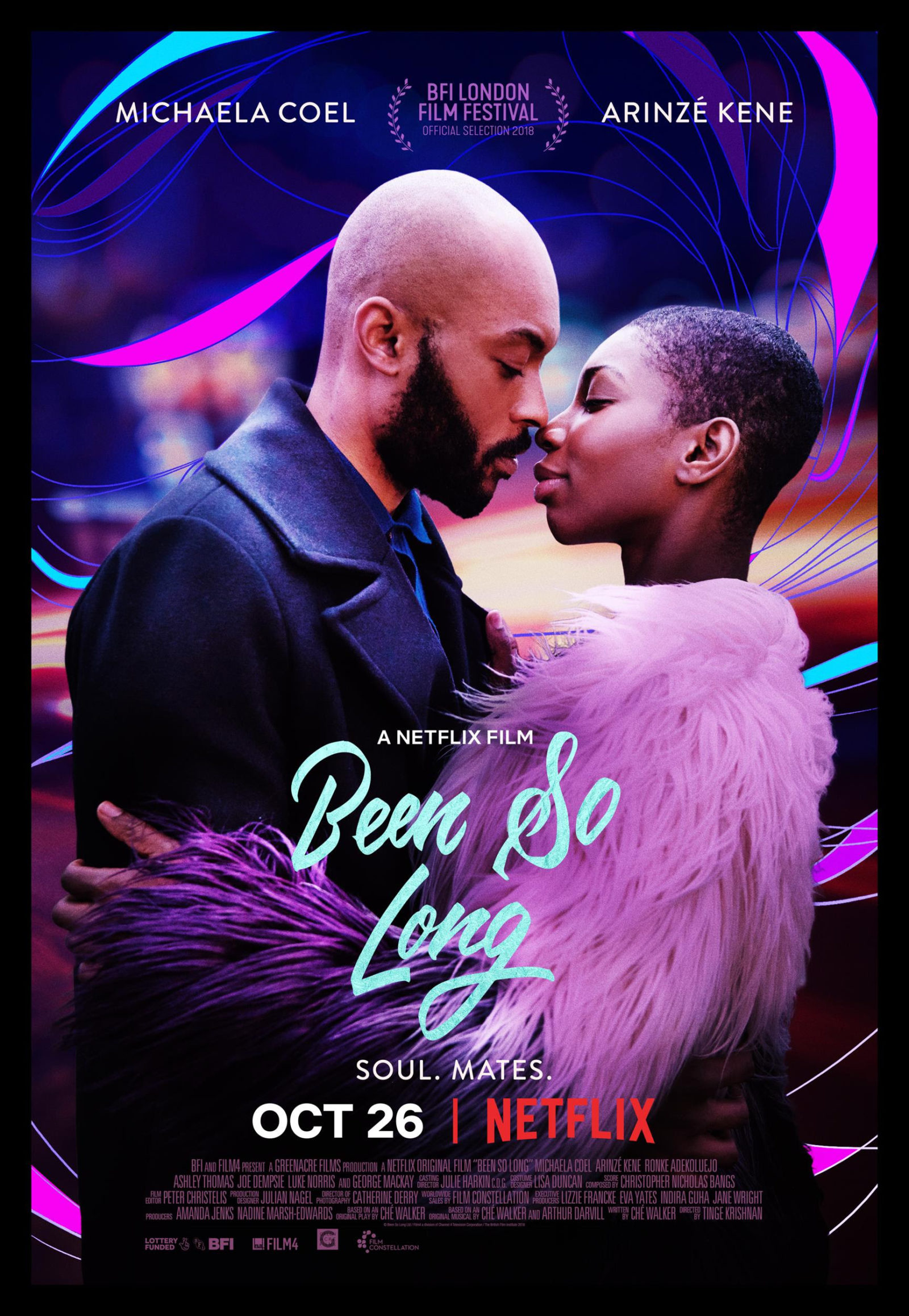 We know how hard it is to find a new show to watch on Netflix, so BGN has come to the rescue. It’s October – the weather is cooling down, the night is falling earlier than usual, and pumpkin making a seasonal combat. Nothing’s better than sitting back with a warm cup of hot chocolate, cuddling with your blanket, and catching up on new shows and movies. It’s even better when those shows and movies feature a beautiful, talented, and strong Black lead.

Below is a list of what’s New & Black on Netflix this month.

For the Thrill Seekers 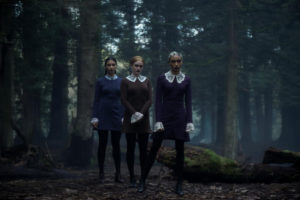 Just in time for Halloween, The Chilling Adventures of Sabrina is a new Netflix supernatural television based on the Archie comics. This filmed was created by the same creators of the hit series Riverdale.

The cast of this show includes Chance Perdomo, Tati Gabrielle Hobson (The 100) and Jaz Sinclair (When the Bough Breaks, Slender Man).

The Chilling Adventures of Sabrina features the same characters and setting of Sabrina the Teenage Witch but has a much darker tone. The series will be available for streaming on Oct 26th.

For the Musical Romance Lovers

Netflix’s first original musical will feature a Black cast. Michaela Coel (Chewing Gum) and Arinze Kene are the stars of the new film Been So Long. In this film, we will see and hear Michaela Coel as we’ve never seen her before.

The musical is about a single mother who is charmed by a handsome (but troubled) stranger, on an unusual night out of town.

Been so Long will be available for streaming on Oct 26th. While you wait for the release date,  check out the other New & Black content on Netflix below.

For the Superhero Fans 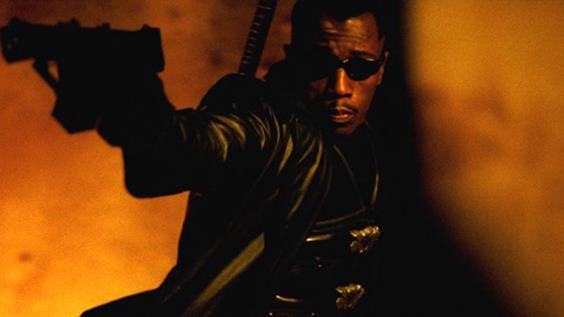 Blade, which is based on the Marvel Comic of the same name, stars Wesley Snipes. Snipes plays a half-vampire, half-mortal man who becomes the protector of the mortal race. He seeks to avenge his mother’s death and rid the world of vampires.

Blade II was directed by Guillermo del Toro. The film follows Blade in his effort to protect the human race once again. This time he has to battle extremely powerful mutant vampires who plan to commit global genocide.

Both films are available for streaming now on Netflix.

Another Black classic available now on Netflix is the Blaxploitation film, Black Dynamite. 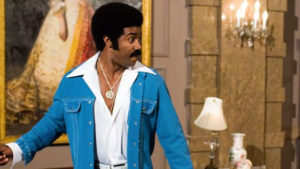 Black Dynamite (Michael Jai White) is a former CIA agent who is determined to avenge his brother’s death. While avenging his brother’s death, he also protects his community from a new drug that has been introduced to the streets.

Black Dynamite is available for streaming now on Netflix.

Blazing Saddles is a 1974 satirical western film directed by Mel Brooks.  It stars Cleavon Little who plays Bart, a railroad worker that becomes the first Black sheriff of a frontier town. The town is about to be destroyed and although Bart experiences racial bias from the town residents, they soon realize that he’s their only hope of saving the town.

Blazing Saddles is available now for streaming on Netflix.

Drama with a Touch of Fantasy

The Green Mile is a 1999 drama adapted a novel by Stephen King. The cast of the film includes the late Michael Clarke Duncan and Tom Hanks. 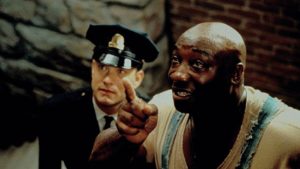 In this film, death row guards lives are affected by one of their charges – a Black man accused of child murder and rape. They face a moral dilemma when they discover that he has a mysterious gift.

The Green Mile is available for streaming now.

For Those That Love to Laugh

Grab a friend or watch alone and get ready to laugh non-stop through both of these stand-up specials.

Both are available for streaming now on Netflix.

For Those That Love a Good Mystery

ReMastered: Who Shot the Sheriff

ReMastered is a new Netflix original documentary series that investigates high-profile events and crimes affecting legendary people in music. The first episode of the series, Remastered: Who Shot the Sheriff focuses on Bob Marley and investigates the 1976 assassination attempt that he survived.

Will we find out who exactly was behind the assassination attempt? We’ll have to wait until October 12th, when the series is available for streaming on Netflix, to see.

Hip-Hop Lovers Check This Out! 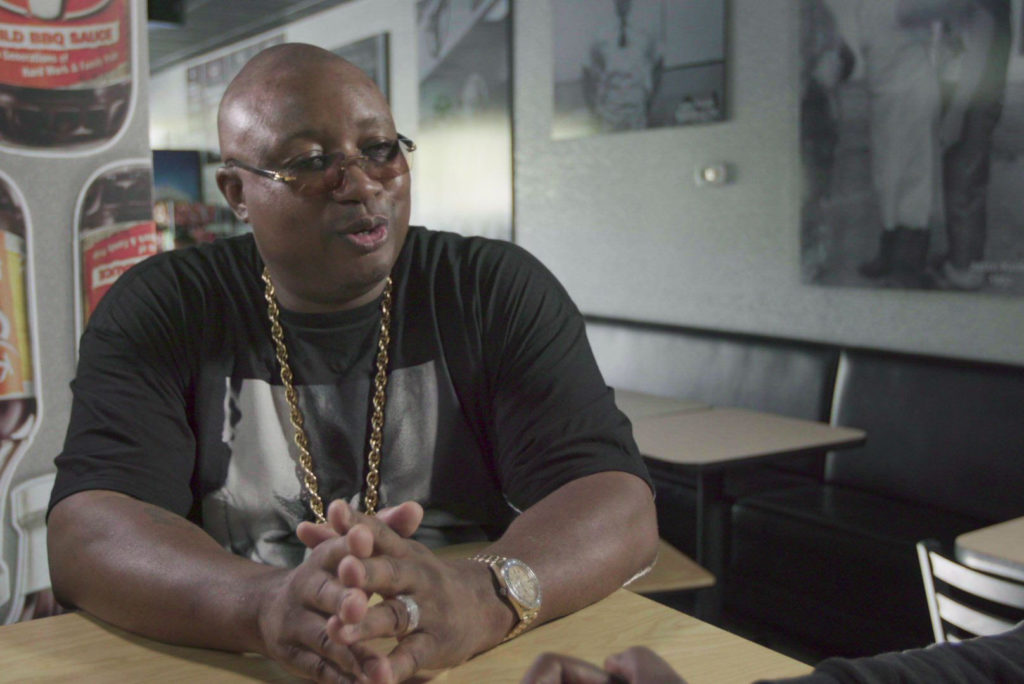 If you love Hip-Hop check out Season 2 of the documentary series Hip-Hop Evolution featuring interviews with influential MC’s, DJ’s and Hip-Hop moguls.

The series is hosted by Shad Kabango, a Canadian alternative hip-hop artist. Kabango traces the growth of 80’s and 90’s hip-hop subcultures in New York, the South, and Oakland, California.

Catch Them Before They Go

As you all may know many shows leave, return and are added to Netflix every month. Make sure to watch these two titles below before they are removed from Netflix.

Lupita Nyong’o stars in this biological sports drama set in the slum of Katwe in Kampala, Uganda. The film focuses on the life of Phiona Mutesi, a Ugandan girl who learns to play chess. Eventually, she becomes a Woman Candidate Master. This film was adapted from an ESPN article and a book by Tom Crothers.

Queen of Katwe is leaving Netflix on October 25th. 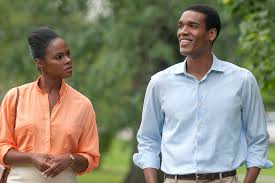 Southside with You tells the love story of Michelle and Barack Obama. The film takes to the summer of 1989 on the first date of our future President, Barack Obama (Parker Sawyers) and lawyer Michelle Robinson (Tika Sumpter).

Southside with You is leaving Netflix on October 26th.