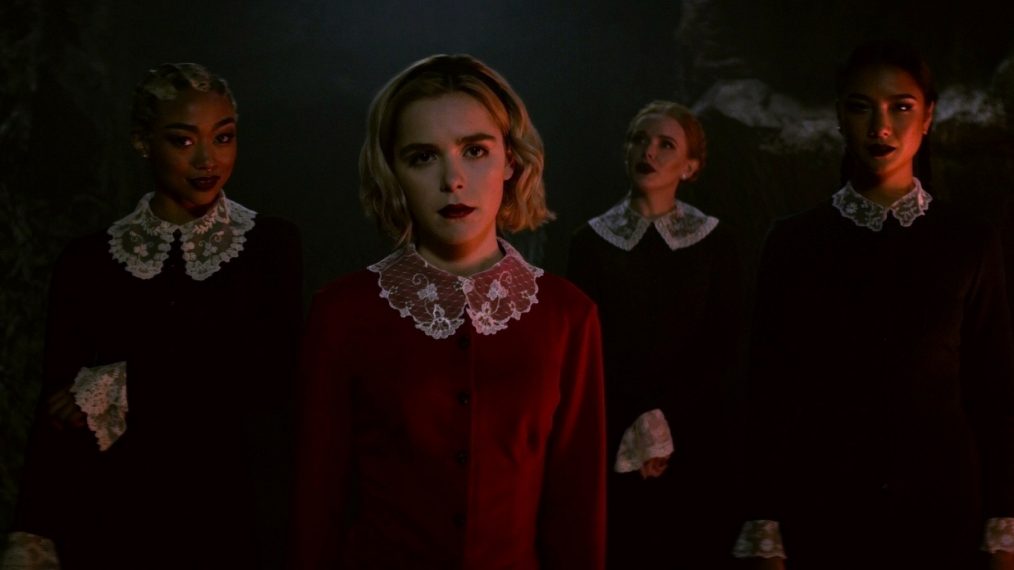 Happy Solstice, indeed. Netflix has gifted mortals and witches alike with two more seasons of our favorite dark coming-of-age series. Chilling Adventures of Sabrina Seasons 3 and 4 will begin production in 2019, and Season 2 is slated to premiere on April 5, 2019.

In light of Netflix canceling a number of other fan favorites — such as Daredevil, American Vandal, Luke Cage, and Orange is the New Black — the show must be doing something right to earn 16 more episodes before Season 2 even airs.

Chilling Adventures of Sabrina, based on the popular Archie comics character Sabrina the Teenage Witch, is a dark, sometimes horrific adaptation. Sabrina (Kiernan Shipka) wrestles with the conflict of being half-witch, half-mortal while standing against the evil forces that threaten her family, Greendale, and the witchy world she lives in. Characters, such as her openly pansexual warlock cousin Ambrose (Chance Perdomo) and delightfully wicked witch and anti-heroine Prudence (Tati Gabrielle), round out the dimensional cast of Chilling Adventures.

Salem, Sabrina’s familiar, has yet to talk in this adaptation of Sabrina, though he does in creator Roberto Aguirre-Sacasa’s comic book Chilling Adventures of Sabrina. Salem the cat still, however, has a message to deliver:

Creator and executive producer Roberto Aguirre-Sacasa expressed gratitude to Warner Brothers, Netflix, Berlanti Television, and Archie Productions for supporting this darker reimagination of the world’s most famous teen half-witch, half mortal. Season 1 of CAOS and the A Midwinter’s Tale holiday special are currently available to stream on Netflix.