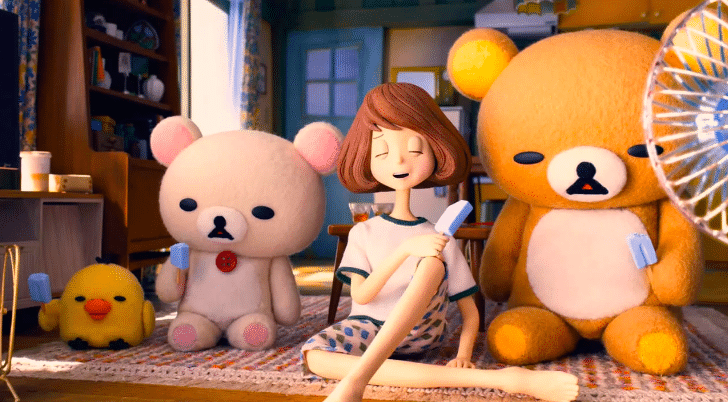 At first glance, the Japanese stop-motion Netflix animated series Rilakkuma and Kaoru seems like a viewing experience meant for the audiences of Nickelodeon and Cartoon Network.

The Netflix title card features the vibrant portrait of a toy bear. It’s eye-catching and warrants a solid “aw…” but it doesn’t necessarily scream drama. As evidenced by its first episode and beyond, its true message is much, much deeper than what you see at its surface.

Kaoru, voiced by Lana Condor of To All the Boys I’ve Loved Before fame, is a typical twenty-something office worker. There’s nothing too out of the ordinary about her life. What sets her apart, are her roommates Rilakkuma, Korilakkuma, and Kiiroitori. Rilakkuma and Korilakkuma are both living and breathing toy bears, while Kiiroitori is a bird. While the anthropomorphic animals may, yet again, remind you of a children’s series, Kaoru is simultaneously dealing with real issues most millennials can relate to. 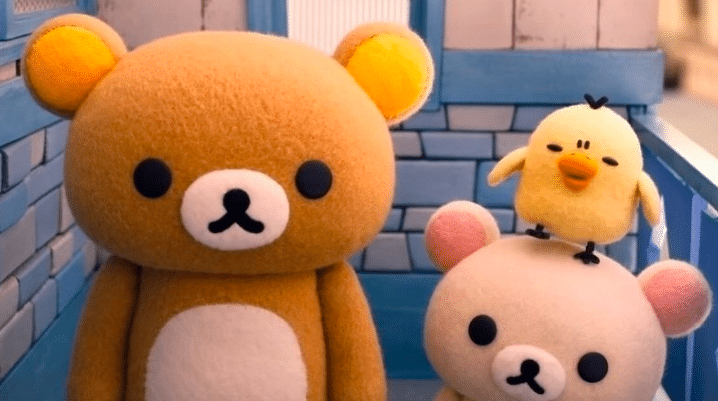 For example, the first episode, entitled “Cherry Blossom”, dives head-first into Kaoru’s dissatisfaction with the progression of her life. Kaoru is planning their annual “hanami,” which is a Japanese custom of welcoming spring.

At the beginning of the episode, Kaoru is explaining this holiday to her snooty, passive-aggressive shade-throwing coworker Sayu (voiced by Melissa Fahn). She explains she and all of her closest friends from college have celebrated this event together for years. But, as years went by and adult responsibilities multiplied, less and less of them began to show up. Sayu responded, stating, “Oh wow…sounds like a party for those who have been left behind.” Kaoru shrugs off her co-worker’s smug remarks and continues preparing for the day’s events.

Kaoru spends the day preparing lunch boxes and inevitably romanticizing the event in her head. She skips along the road to a cheerful tune with lunch boxes in hand and an unmistakable grin, as cherry blossom petals begin to fall around her.

Her friends end up bailing on her at the last second, leaving her to celebrate hanami alone with enough food and alcohol for six people. One friend is in a new relationship; one has a high-stakes job; one simply forgot…and the excuses go on and on. Just as her coworker mentioned in the previous scene, she was in fact, left behind.

Wallowing in her sorrows, she returns home to her roommates (who have been trying to cook their own pancakes throughout the episode, after being denied any part of Kaoru’s lunch boxes). Her roommates then encourage her to celebrate hanami with them. The scene then cuts to the four roommates enjoying Kaoru’s lunch boxes outside in front of a stunning cherry blossom tree. 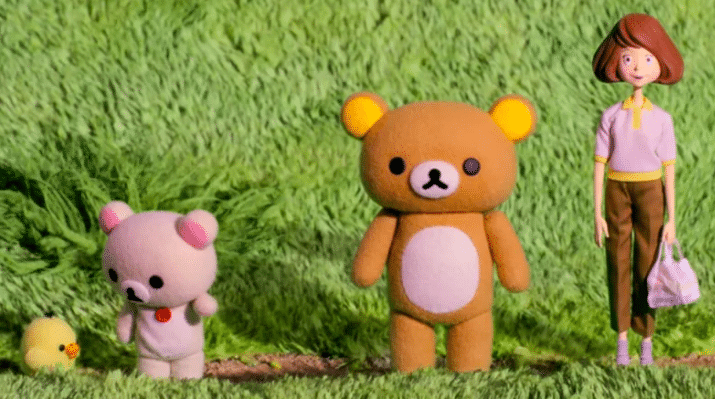 With a full belly and a clear mind, Kaoru mentions to her roommates she’s “the only one whose life hasn’t moved on.” She then wishes that she was more “special”, like the blooming of cherry blossoms, so she’ll be “more” and people will no longer miss her.

This simple sentiment of feeling like you’re being left behind is something many millennials across the world can relate to. When you’re in your twenties and thirties, it often feels as though there’s a ticking, neverending, time limit to transition into the next stage of life and inevitably get your life together. This next stage could be anything from getting married to having children to getting a “real job”.

Thanks to the wonderful, always-on world of social media, we have the ability to see everyone’s highlight reels all the time. It’s very easy to feel like you’re being left behind when you’re not on the same life-path as other people you’ve gone to school with, or even just in your age group.

Each episode of Rilakkuma and Kaoru leaves space for the viewer’s self-reflection. From ineffective decision-making to the trials and tribulations of online shopping, the Netflix animated series deals with issues that are relevant in this day and age. It’s easy to see yourself in Kaoru as she goes about her day-to-day life.

Along with the series’ unabashed authenticity, lies the inevitable cuteness of Kaoru’s animal roommates. Even though the animal characters don’t speak verbally, their presence lights up the screen and their opinions are bold and obvious. And, of course, they’re all just so-freaking-adorable to watch on screen.

Another layer of genius lying inside of Rilakkuma and Kaoru is the high production value. The series was produced by the stop-motion studio Dwarf and took two years to create. 220,000 individual shots were made to create the series’ thirteen 15-minute episodes. As mentioned by director Masahito Kobayashi in a behind-the-scenes Netflix video, one animator would do ten seconds of animation in a day. This high level of dedication and passion is easy to notice in the final product. Each frame is visually stunning and the city’s environment feels lived-in and real.

Within Netflix’s never-ending stream of television shows and movies, Rilakkuma and Kaoru is a beaming bright light. Its holy matrimony of anime cuteness and layered authenticity makes it a must-see for audiences of all ages. Whether you’re watching it for its production value, impeccable storytelling, or the adorable way Rilakkuma reacts to the world around him, there’s something for everyone to enjoy in Rilakkuma and Kaoru.