The NSFW trailer for the new Netflix adult animated anthology series Love Death and Robots dropped today and it definitely has some influences from the 1990s series Liquid Television that premiered on MTV. 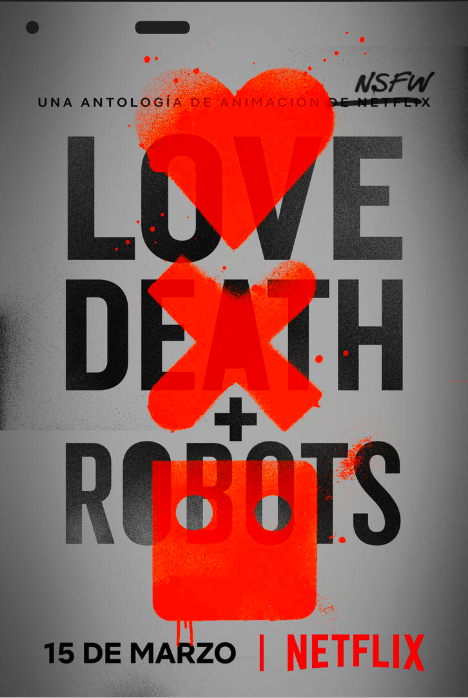 The full roster of stories will cover a variety of adult topics including racism, government, war, free will, and human nature. The anthology collection spans the science fiction, fantasy, horror and comedy genres and each short has a unique animation style: from traditional 2D to photo-real 3D CGI. The creators were assembled for a global calling for best in class animators from all over the world including artists from France, Korea, Hungary, Canada, and the US among others. The series draws inspiration from the eclectic and provocative comic book material from the 1970’s that influenced both Miller’s and Fincher’s formative interests in storytelling.