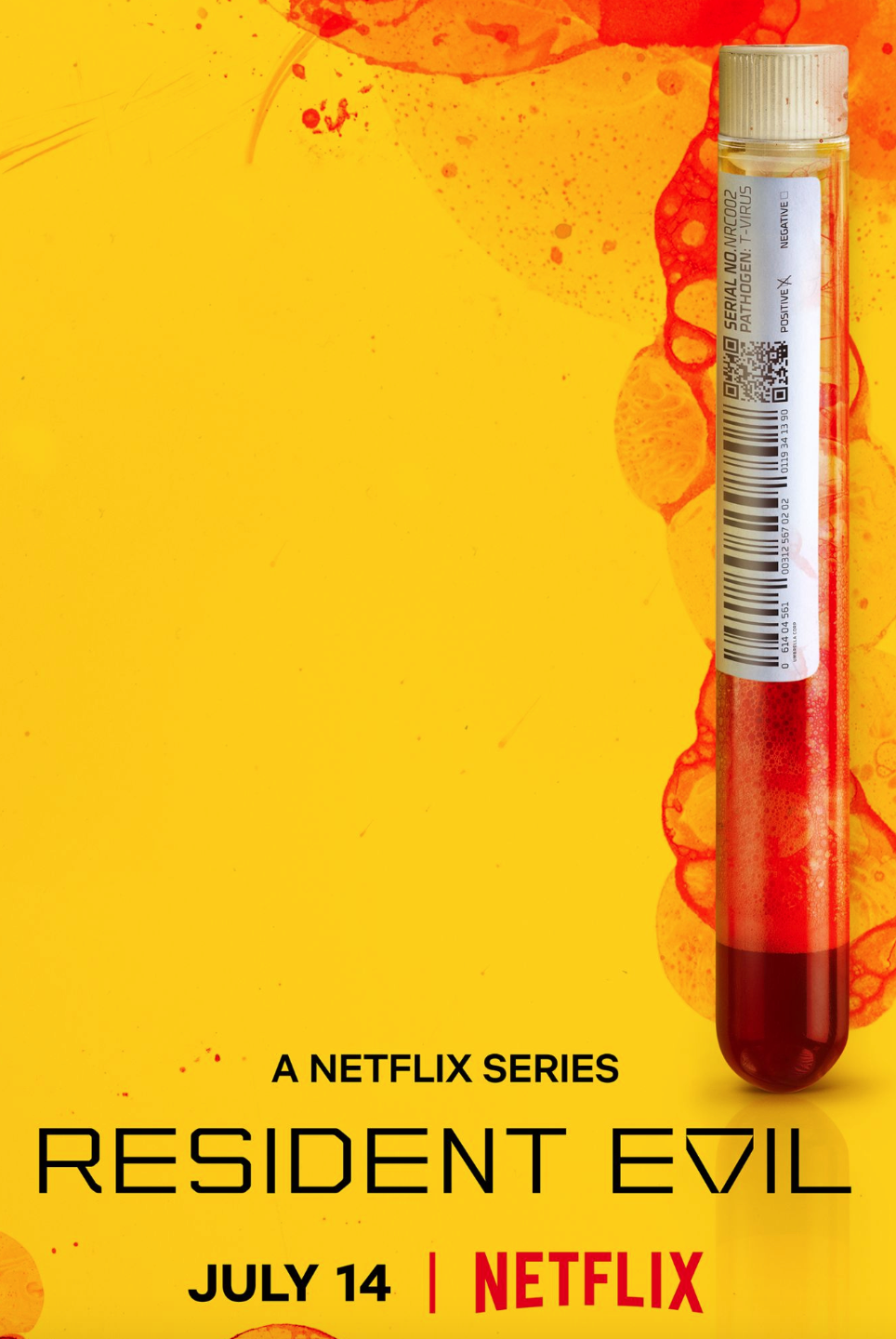 Get ready for some summer horror on Netflix. While you patiently await Capcom’s Resident Evil Re: Verse and/or continue your gaming sessions with Resident Evil Village, come July 14, 2022, be ready to dive into the new live-action series, Resident Evil.

On May 12, Netflix released the first footage for the upcoming horror series debuting on July 14, only on Netflix. This is the first live-action series of the legendary franchise. BGN got a sneak peek at the first two episodes and a sit down with Dabb about the new series. Here’s what we learned.

Everything that happened in the Resident Evil games has happened in this timeline. So, when Racoon City was nuked in 1998 in the game, that’s also true in this series. We get a very informed backstory with the games. A lot we uncover in the show starts now, and going forward, their characters are discovering there’s more going on with the Umbrella Corporation. The backstory is deep and compelling.

Some of the characters in the game have very elaborate backstories that would be hard to build on without having a pretty deep knowledge of the games. Wesker is the perfect character for this series because “he is a bit more of a blank state character,” says Dabb. “I hope there are moments and flashes where people think, this guy is actually kinda scary. Reddick is very good at that. He’s not the guy from the games with the sunglasses and trench coat…At least not yet.”

Capcom was able to weigh in every step of the way. There were a lot of conversations about zombies. “There have been a lot of different strains in the games, and as we know, viruses evolve variants very quickly,” says Dabb. “The virus we’re dealing with is not quite the same virus you’re seeing again. This is a new thing that shares a lot of similarities, but also gives room for some slight differences as well but everything was meant to feel like you could be in the world of Resident Evil. It feels true to the source material.”

There are a lot of elements being pulled in from the games in terms of monsters. The hope is to lead with horror but have a good mix of horror and action, which is the core of the games. “That’s the advantage of Resident Evil. You can throw a bunch of zombies at people; you can throw whatever you want to people.”

The first thing you notice when watching Resident Evil is the diversity of the cast. We have people of color leading a zombie horror series. According to Dabb, the goal was always to cast the best people. “There was no mandate where they’re like, here’s a checklist. We went out to cast the best people, and believe me, we saw a million people for this show,” says Dabb. “Look at someone like Lance, for example. I will challenge you to find anyone that can play the role better. I don’t think that person exists.”

The women in this film are particularly great to watch. They dominate the story. From the stunts to the core plot. Who runs this world? Girls!

Making a Show for the Gamers

When you look at John Leguizamo and Bob Hoskins in Super Mario Brothers or Dune, and  Uncharted, those were remade by people who didn’t play those games. “Now we’re 30 years into the Nintendo revolution,” says Dabb. “You have people that grew up with Resident Evil and its 20-plus-year-old franchise, who are in this position because we’re all down to make these shows and they really mean something to us.”

Although the series follows the canon of video games, you don’t have to be an avid gamer to enjoy the series. “I wanted to create something that you could come to whether you’ve played one game or you’ve seen one movie, you can enjoy,” says Dabb. “If you’ve played nothing and never seen the movies, you can still enjoy it.”

Dabb was adamant that after viewing the teaser, he wanted audiences to take note of the tone and energy. It’s got the blood, the guts, the monsters, the secrets, the betrayal, and all the other stuff that marks a Resident Evil piece of work. “I hope people also respond to the energy of it. Keeping the pace up was really important to us. To quote an 80s DJ, it’s all killer, no filler. We try to keep it moving, whether it be characters or monsters. It’s complicated,” says Dabb. “Take the time to really explore it because it’s a fascinating world. It’s great characters. It’s just a lot of fun.”