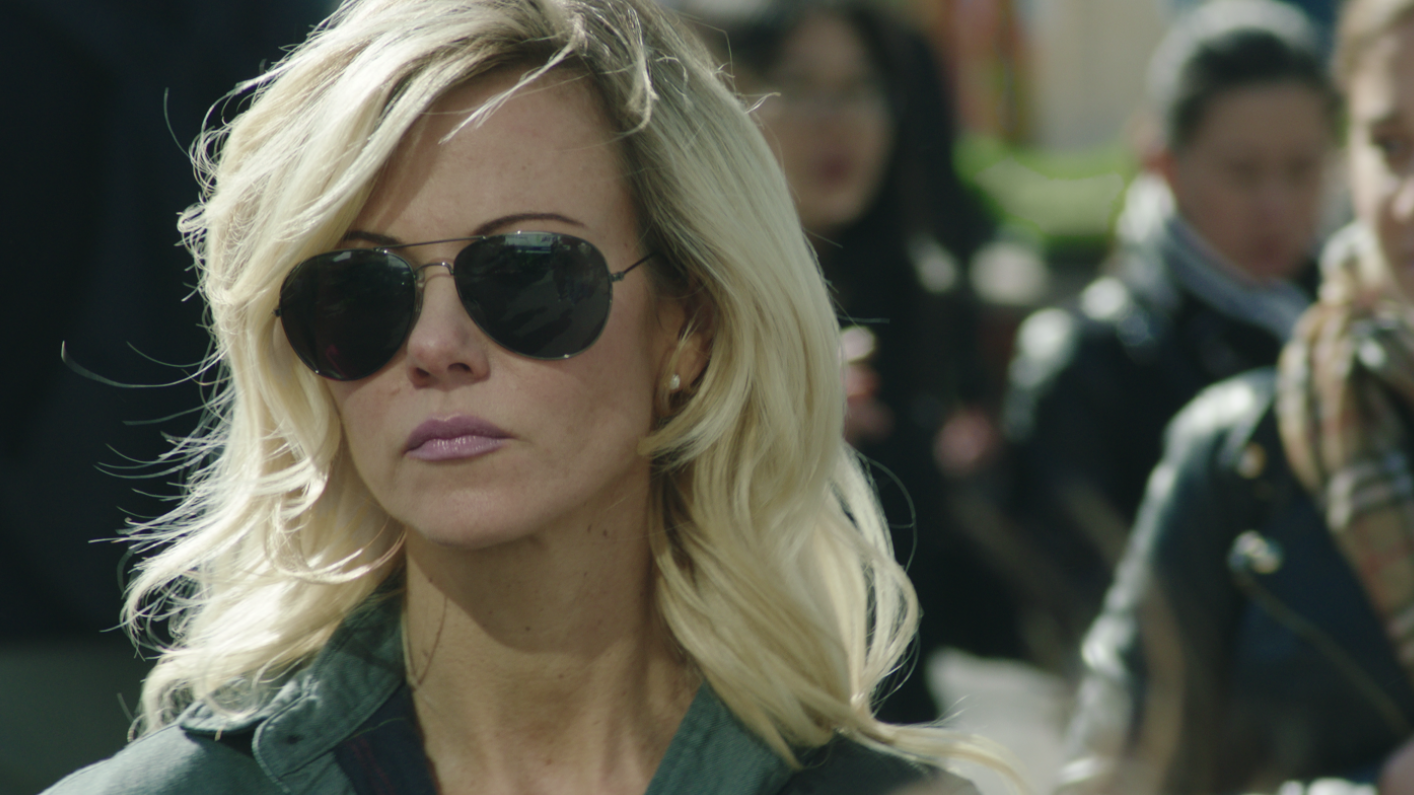 Bad Vegan is an engaging reminder that the best “con-people” make us feel loved. Sarma Melngailis was the celebrity restaurateur/owner of Pure Food and Wine, the wildly popular vegan restaurant in Gramercy, NYC. Melngailis and her husband Anthony Strangis stole money from her employees and investors, skipped town, were on the run from the law for a year, and were arrested in a motel room in Tennessee after ordering Domino’s Pizza and chicken wings.

When Pure Food and Wine was one of the most successful raw food restaurants in NYC. The raw food eating style is only eating plant-based meals that are not cooked or heated over 104-118 degrees and are pesticide-free, not pasteurized, refined, or processed. To convince a New Yorker to pay almost $29.00 for vegetables and nuts, you better have a great hook and jaw-dropping flavors. Pure Food and Wine seemed to have all of that and more. In four episodes Bad Vegan: Fame. Fraud. Fugitives takes the audience on a whirlwind trip back in time to the 2010s when haute cuisine veganism blossomed in New York City. It gives us a behind-the-scenes look at how Sarma Melngailis fell from grace.

Meet Sarma Melngailis. She went to Wharton, studied economics, then got a job in investment banking for a year, then quit and went to culinary school. She was a fan of celebrity chef Matthew Kenny and got a job working with him on a cookbook. They started dating immediately after they met.

Restaurateur Jeffrey Chodorow agreed to back them for the idea of vegan/raw food, and the restaurant thrives. The restaurant does better than the couple, and Jeffrey lets Kenny go. Sarma goes through another relationship breakup and is super lonely and depressed. She meets Shane (we later find out is named Anthony) on Twitter and they, begin a relationship.

This is where I thought, huh, this documentary really works hard to show Sarma Melngailis in a positive light but doesn’t go deeper into asking why Sarma found herself in these situations. The episode does a nice job of introducing the loneliness and depression that could have allowed Sarma to open her heart to Anthony, who changes the trajectory of her life. Unfortunately, Anthony declined to be interviewed for this film. We only get Sarma’s side of this story.

Episode 2 “Happily Ever After”

In “Happily Ever After” Anthony connects with Sarma and, according to Sarma, begins his manipulation of her love for her dog, Leon. Anthony travels quite a bit, so they don’t see each other for long periods, but they form a relationship. Anthony convinces Sharma that he is immortal and has the key to everlasting life, this “happily ever after” and will extend eternal life to Sharma and Leon. As I got to know Sarma Melngailis more through this documentary, the more questions I had about her intentions. Why is this supposedly savvy businesswoman was so quick to believe Anthony’s outrageous stories?

In this episode, we get interviews with Sarma’s sister and father as they add nuance without letting Sarma off the hook for her actions. Melngailis starts to transfer funds to Anthony’s bank accounts to work toward immortality in this episode. It’s notable that as the situations she experienced occur, she shifts all of the blame onto Anthony. Not once so far has she taken any responsibility for her part in the fraud. I found it odd that the documentary has recordings of conversations with Anthony throughout their relationship. Was she recording him from the beginning? Hmmm.

Episode 3 “No Angels in Hell”

Episode 3 is the best episode of the series. The storytelling is tight, and we’ve spent enough time with all of the folks involved to want to know how Sarma and Anthony allowed everything to go off the rails. We learn in this episode that Anthony likes to gamble, and this information adds even more color to the situation. Again, how can this intelligent woman not see that this person is a total con man?

Anthony’s friend and business associate Nazim and his ex-wife Stacy come into the story. Stacy actually adds the best moments of humor in the series. Episode 3 blew my mind. Anthony continually asks Sarma to transfer hundreds of dollars to him, and she does it over and over again, to the point that she has to find investors to give her money so that she can make payroll. But the interviewers never ask Sarma Melngailis how is she getting people to give her all this money? At the same time, the staff isn’t getting paid.

It’s telling how she goes away to Europe and posts photos of herself in Europe on IG, but she’s not making payroll. When a member of her staff asks about their check, Sarma replies, “If you’re so upset by the inconvenience of a one-day delay and checks, then you are welcome to give your notice and leave. — I don’t want anger and resentment in our place.”

Episode 4 “Everything Will be Fine”

“Everything Will be Fine” and will not disappoint. We get the couple on the run, their capture, and the aftermath.

Throughout the film, director Chris Smith interviews several members of the front-of-house management team and the business office (who are all white). However, he only interviews one “back of the house” employee who is a person of color, Maiquen Saez-Vega. Perhaps Saez-Vega was the only one willing to talk to Chris Smith about this whole ordeal but it’s telling that the stories of the people most harmed by this ordeal had the least amount of time on screen.

Saez-Vega broke my heart when he shared that there was a family, daughter, mother, and father who all worked back of the house, and no one got paid for those weeks. The workers walk off, and the restaurant closes for a while, but then Sarma raises funds, and the restaurant opens again, and employees come back to work for her only to get their money stolen again.

Why don’t the filmmakers know how Sarma is getting all of that money from her investors? The documentary glosses over the most vulnerable worker’s stories but gives the audience nuance and deeper understanding of Sarma Melngailis’ bad actions. But then the documentary turns around and questions itself, is Sarma Melngailis in on the con?

I gotta admit, it is entertaining to watch and be outraged by all of Sarma and Anthony’s foolish hijinks and seeing a pious stealing vegan have to deal with the consequences of her actions. I’m sure Sarma will have a new crew of admirers who will defend her after this documentary airs. I won’t be one of them. At the end of the day, Bad Vegan is a binge-worthy docuseries that proves what you eat doesn’t make you a person with good ethics.