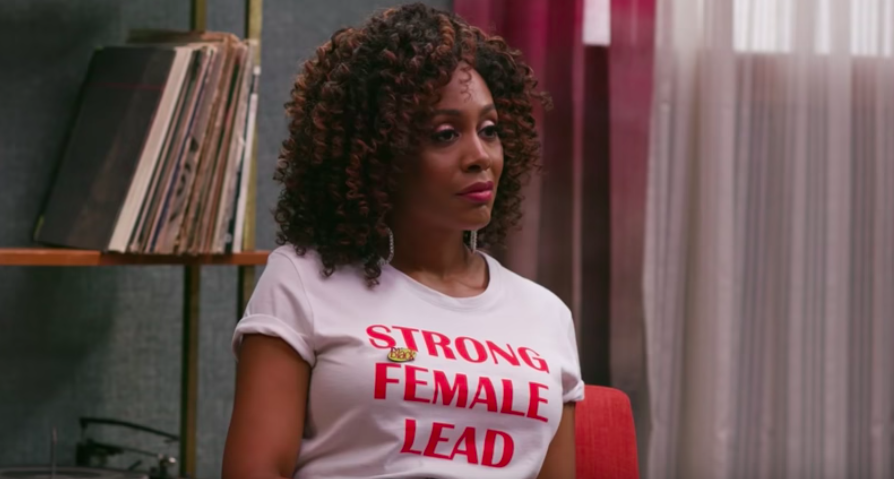 Popular movie and TV streaming service Netflix have recently added a new form of content to their resume. On May 7th, they premiered their Facebook series titled What Had Happened Was. This show invites strong black leads from various Netflix shows and content creators to discuss a myriad of topics relevant to the Black community. These themes range from mental health to our ability to be emotionally available.

I love what Netflix has been doing with their original content, especially when it comes to showing off the talents of the Black community.

Episode one starts off strong by addressing the sensitive topic of mental health in the Black community. Creator Justin Simien and actors Logan Browning and Marque Richardson of Dear White People use examples from the show and their personal lives to discuss why mental health is so important. This is a topic that most Black people are aware should be discussed. But we are so used to handling our own issues and being “fine” that we do not talk about these problems in a healthy way. I love that they are not afraid to bring up their own experiences and feelings to express how being Black is sometimes a traumatic experience. I felt Simien on multiple levels when he said, “I feel like to be Black is to constantly be recovering from PTSD.” This episode had a lot of solid conversation. And from go, had me feeling like more people need to be exposed to this series.

The next episode has Logan and Justin, joined by another Dear White People co-star, Antoinette Robertson, discuss code-switching. Antoinette described it best as “Going from Ebonics to the Queen’s English”. I’m personally glad I watched this episode because I did not know there was an official name. I do not find code-switching to necessarily be a bad thing.

However, they brought up a good point that code-switching is not always a good thing either. “We also don’t want to be perceived as stereotypes…” comments Antoinette. And this is an unfortunate truth that even the hosts of this episode do not feel will change anytime in the future. Everyone should be seen for who they are and not just the way they speak.

Episode three explored the topic of: Problematic Popstars. I almost did not want to watch this episode, to be honest, because I do not like to involve myself in celebrity drama. But, once again, the intelligent actors in this series have given me something else to think about. My major takeaway from this episode was just because a celebrity is trash does not mean that the art that they produce is. Deciding not to watch the entire TV show or go to a movie is not only detrimental to the offending celebrity, but it also takes away from all of the hard work everyone else did on that project. We all spend too much time judging each other when, in reality, no one is perfect.

The fourth episode, about Black sisterhood, is probably one of the most important to me. Having Antoinette, Logan, and Nia Jervier of Dear White People address the lack of support that happens between women of color, was more cathartic than I expected it to be. So many Black women now live by not having female friends because “it’s too much drama”. Logan said “…they don’t get along, like they don’t vibe at all, but they don’t tear each other down.”. It is a prime example of how we should be treating each other, as women and human beings, when we do not get along. If I have learned anything thus far from Dear White People and What Had Happened Was, it is that they are trying to start real conversations in our community.

As I reached the last episode, Pain to Power, I was both excited and a little sad. This time we are joined by Simone Missick, about the all-powerful Black leads from Luke Cage. Down to the last episode, this series connects. The wall that we as Black women put up to come off as resilient keeps us from being a complete community. We have strength imposed upon us, and thereby, impose it upon ourselves. It is nice to acknowledge that we are strong, but just as important to acknowledge that we are sensitive too. I love this series because it gives us as women and people of color a chance to express ourselves in an articulate manner that is not often shown in the media.

What Had Happened Was is an entertaining and thoughtful series worthy of attention. Their ability to bring real-world problems to a fictional setting to start a conversation is brilliant. I would recommend anyone who loves these original series, or Black excellence in general, to watch What Had Happened Was.