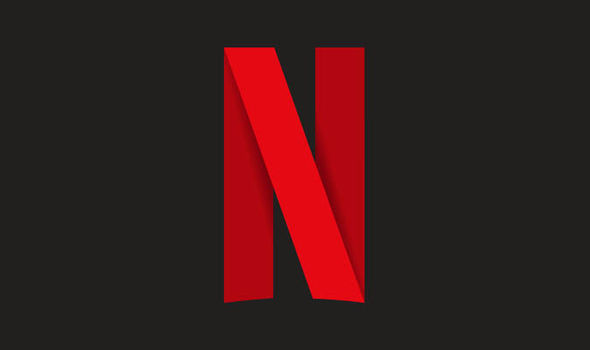 Spooky Season is officially over but Netflix will always be here. It’s November, the month where the leaves officially start to fall (if you’re on the east coast) and scarves and gloves become your go-to accessory. Let’s also not forget that turkey day is just three weeks away. Netflix has added great content featuring strong Black leads this month. So grab your favorite blanket, your favorite fall drink, and check out the new titles being added to Netflix below.

For the Foreign Film Lovers

Vaya, meaning “to go”,  is a South African drama by filmmaker Akin Omotoso. The film premiered at the 2016 Toronto International Film Festival. Vaya follows the lives of three young South Africans who leave their rural homes and go on a journey to Johannesburg. The story is suspenseful and covers the intertwining stories of the three strangers as they struggle to survive an “explosive” moment in the film.

Vaya is streaming now on Netflix.

The Holiday Rom-Coms are “Black”

It wouldn’t be the holiday season without cheesy lighthearted holiday rom-coms. The Holiday Calendar is a Netflix holiday film starring the beautiful Kat Graham (The Vampire Diaries) and handsome Quincy Brown (Brotherly Love, Star). This film tells the story of a talented photographer working a dead-end job who inherits an antique calendar with magical elements. The calendar may be able to predict the future and points her toward love.

The Holiday Calendar is streaming now on Netflix. 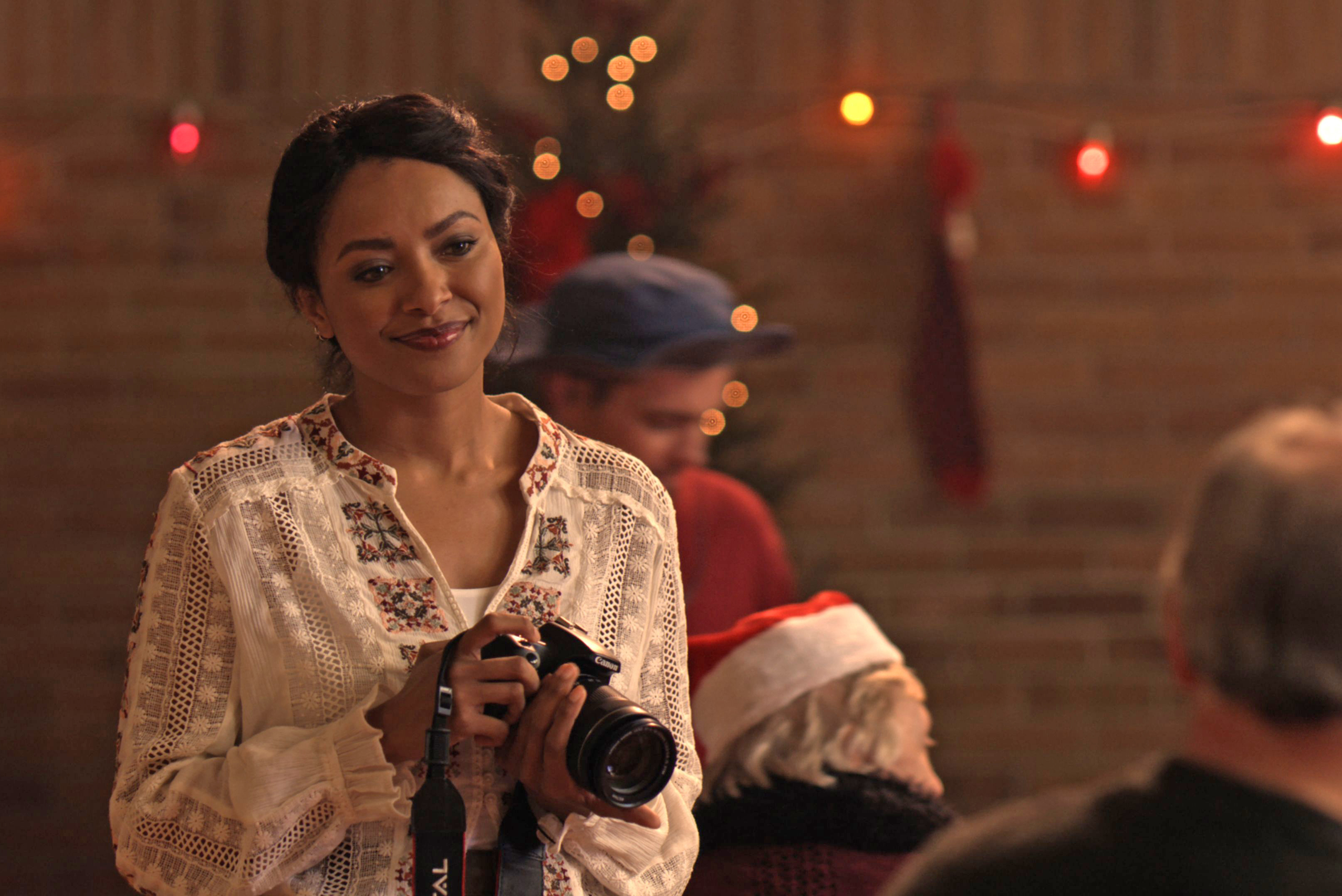 Veterans’ Day is also Right Around the Corner.

Netflix has released a new original docu-drama series called Medal of Honor. It tells the stories of Medal of Honor recipients from U.S military operations in places such as Iraq and Vietnam. Veterans day is November 11th, and what way to honor the courageous Veterans who have fought for this nation then by sharing their stories. One story is the life of career non-commissioned officer for the U.S Army, Edward Carter Jr. During World War II, he was one of the only African American recipients of the Medal of Honor.

Medal of Honor will be available for streaming on November 9th.

For the Music Lovers

Westside takes viewers through the lives of nine young L.A based musicians as they follow their dreams. The cinema vérité-style documentary features stunning music videos and original songs. The musicians’ personal struggles and creative processes are also highlighted in each episode of this series.

Westside will be available on Netflix on November 9th.

For the Kids, the Kid at Heart, and Families

The new series Price of Peoria gives is said to be reminiscent of Coming to America. The series is geared toward a younger audience and features a 13-year-old prince that goes incognito as a U.S exchange student. He develops an unlikely friendship with a very studious boy and his single mom, whom he lives with.

Prince of Peoria will be available for streaming on Netflix on November 16th. 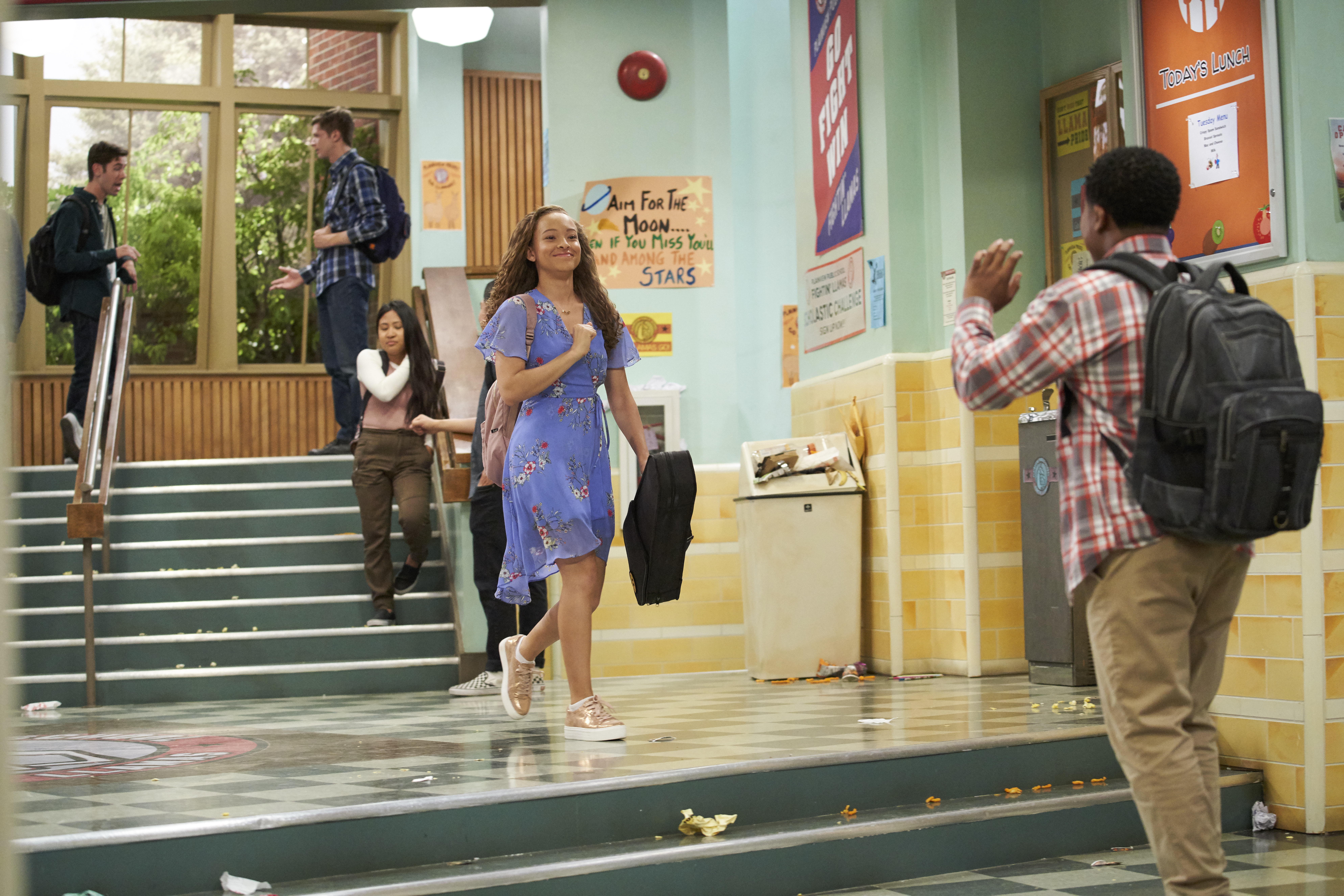 Motown Magic is a new animated series about an imaginative boy named Ben who transforms his city by being street art to life. Audiences will recognize the show’s executive producer Smokey Robinson, a Motown legend himself. Each episode will feature a classic Motown song, connecting a whole new generation of kids to the timeless sound.

Motown Magic will be available on Netflix on November 20th.

Netflix has brought us another culinary competition to watch, The Final Table. The Final Table is a global competition show featuring the world’s most talented chefs all fighting for a spot at the top. Twelve pairs of chefs from around the world cook national dishes from countries such as Mexico, France, and Brazil. Each episode focuses on a different country and it’s amazing cuisine. Expect celebrity ambassadors, food critics and the countries greatest chefs to eliminate teams until the finale.

The Final Table will be available on Netflix on November 20th.

Trevor Noah steps away from the “Daily Show” for a little and takes the stage for a stand-up special. In his stand up, Trevor Noah: Son of Patricia, he touches on topics such as racism, immigration, camping and more.

Trevor Noah: Son of Patricia will be available on Netflix on November 20th. 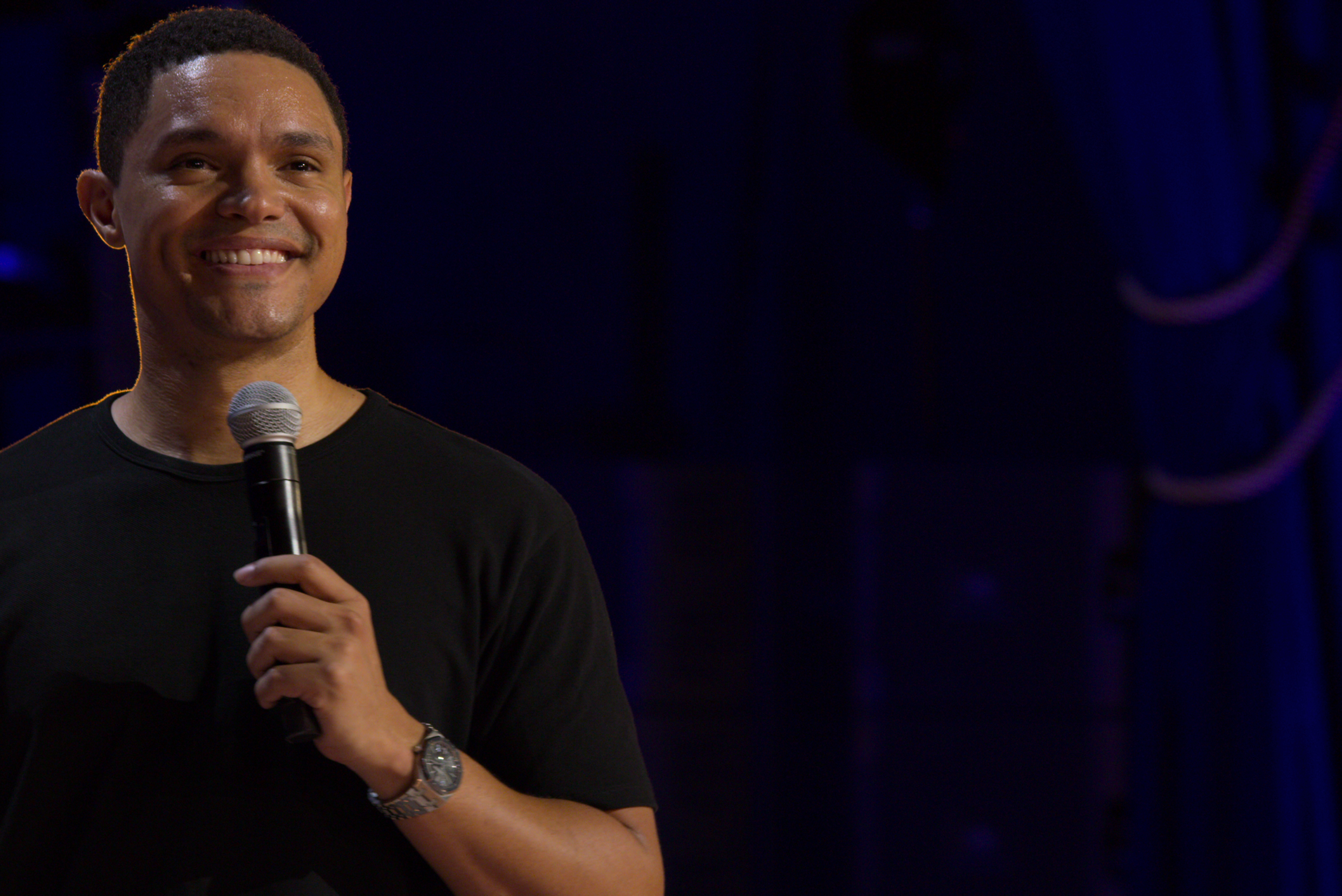 Katt Williams stand-up special, The Pimp Chronicles Pt. 1 will also be streaming on Netflix this month. Williams shares his thoughts on drugs, politics, and pop culture. He uses his edgy comedic style and personal experiences to paint a picture about life in Black America.

Katt Williams: The Pimp Chronicles is available for streaming now. 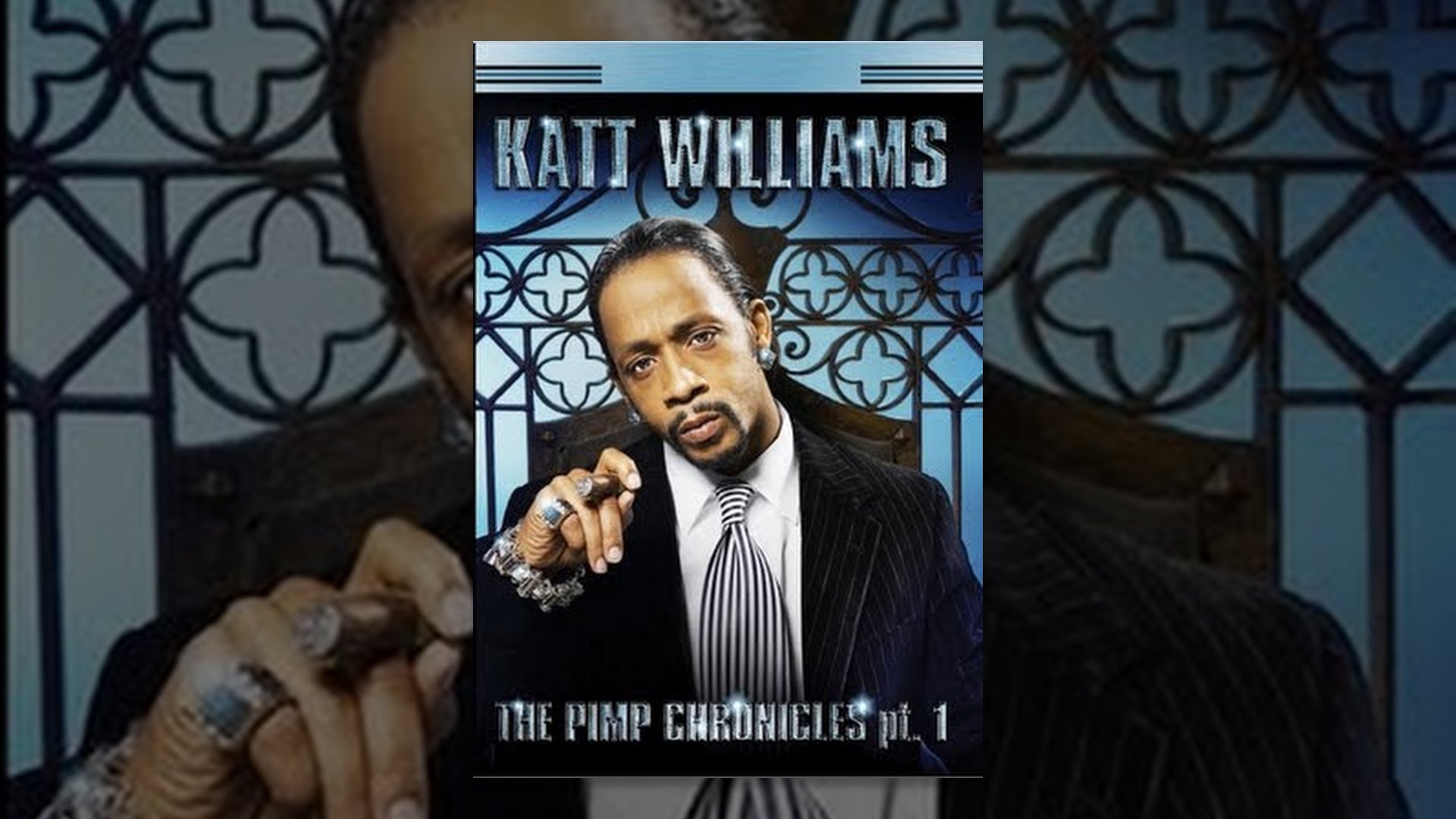 If you’re feeling nostalgic and are ready to laugh, check out the 2003 horror parody films Scary Movie 2 and Scary Movie 3 that we all know you love. Regina Hall and Marlon Wayans are hilarious in both films. Shawn Wayans has a role in Scary Movie 2, while Anthony Anderson, Kevin Hart, and Queen Latifah make an appearance in the third installment. The Scary Movie series takes classic horror films such as Scream, The Grudge,  The Exorcist, and Poltergeist and adds a satirical twist to them.

Scary Movie 2 and Scary Movie 3 are available for streaming now on Netflix.

There is so much more. Netflix has the Strong Black Leads in all the films you love and those you will like after watching. Cozy up to the television and let the power of the “the binge” take over.