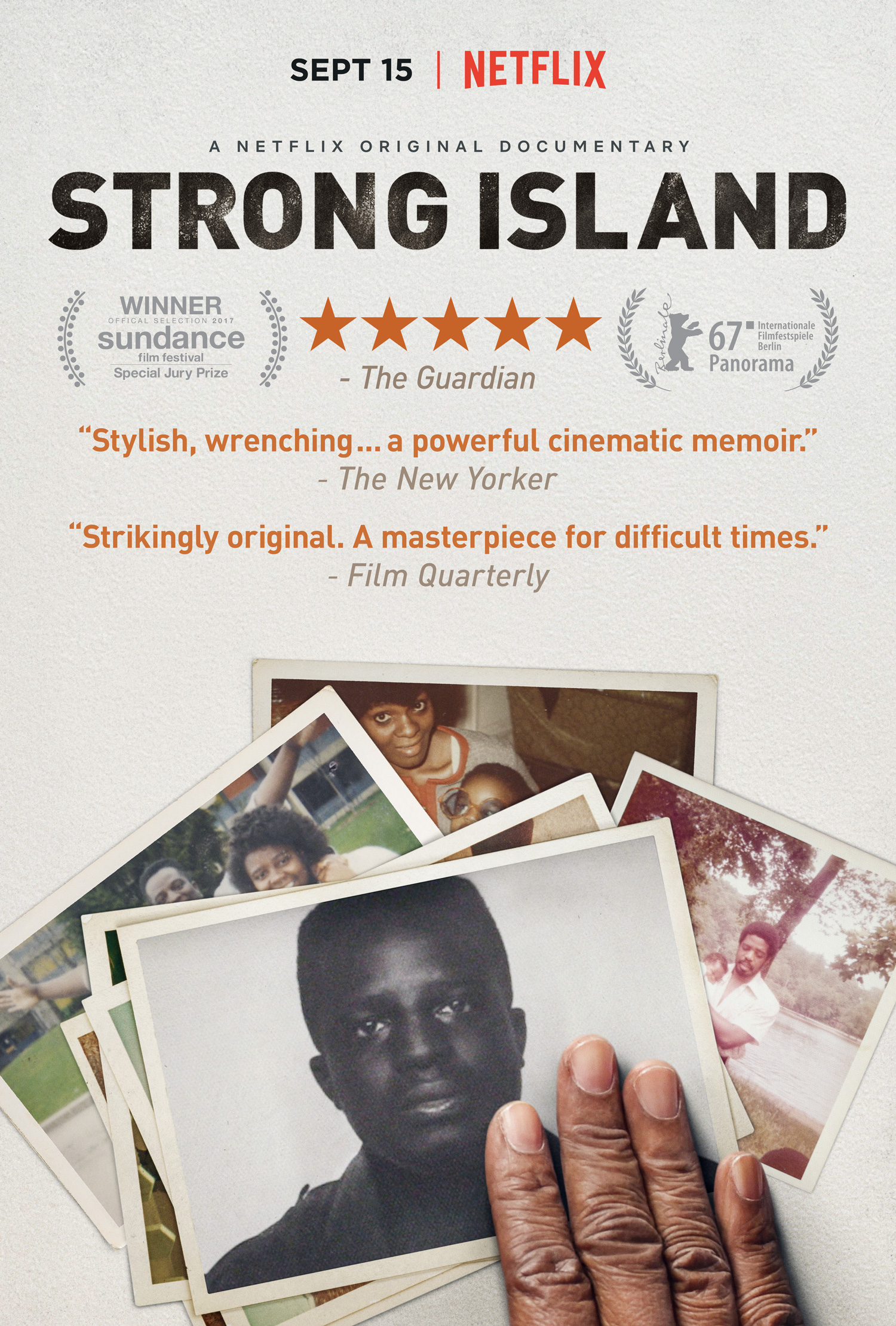 Directed by Yance Ford, Strong Island chronicles the arc of a family across history, geography and tragedy – from the racial segregation of the Jim Crow South to the promise of New York City; from the presumed safety of middle-class suburbs to the maelstrom of an unexpected, violent death. It is the story of the Ford family: Barbara Dunmore, William Ford and their three children and how their lives were shaped by the enduring shadow of race in America.

On April 7th, 1992, 24-year old William Ford Jr., confronted a white 19-year-old mechanic Mark Reilly, at a sketchy chop shop. A verbal altercation ensues and Ford, who was unarmed, is fatally shot at point blank range in his chest. The Grand Jury in this case never indicted Reilly for Ford’s murder and the district attorney and investigators in the case blamed the victim for his own homicide, stating Ford provoked the incident and that it was a self-defense case.

Filmmaker Yance Ford is William’s brother and is also a transgender man; who talks about his experience dealing with his queerness and sexuality. He even asserts how that may have played a role in preventing his brother’s death. I thought personally that Yance was too hard on himself as he recounts an incident where his brother William met with the employees at the mechanic shop and threw a vacuum cleaner. Yance describes that by his brother William sharing this story of triumph over these men on a phone call that it somehow reaffirmed his own sense of masculinity.

Yance Ford does an incredible job of allowing you to see the arc of how this family had such a healthy, loving and tight-knit bond and how afterward, it quickly disintegrated and compromised the health of those affected by this tragedy.

Strong Island is not a documentary that seeks to solve the injustice of what happened to William Ford Jr, although in the beginning of the film, Yance Ford makes an attempt to talk to the prosecutor to learn more about what happened and is quickly dismissed. Yance wants you to learn about who William Ford Jr was and how his family was broken into several tiny pieces during the aftermath of his tragic death. The film takes us on a journey with the use of old photographs, interviews from family and friends, as well as home video footage to share with us how his death had such an impact on everyone’s lives he touched.

In a time where racially charged violence becomes a headline and focuses on the perpetrator and not the victim, Strong Island does an excellent job in reminding you that this story is not about the murderer. We never see what Reilly looks like, and Yance himself says he frankly doesn’t care what he looks like. This story is purposefully about William Ford Jr. So much so, that there is a scene that stays steady on his photograph for a few minutes, to remind you what he looked like, and that he wasn’t what the media and law enforcement made him out to be.

Yance Ford also deliberately uses extreme close up shots of his face, his eyes, his lips so you can see up close and personal who he is and how emotionally drained he is during the retelling of his brother’s homicide.  It’s clear that the filmmaker wants you to feel the same kind of hurt and anger he feels as more information unfolds about William Ford Jr.’s death. Whether this was a random act of violence or an issue of self-defense; it is clear based on Ford’s character and motives he didn’t deserve to die.  Aesthetically, the film is told with clarity using the technique of photos to provide a timeline of events.  The story is told haphazardly, but we see the Ford family from before the Ford children were born, up until their lives as adults.

There is a deep sadness to this film, as it never seeks to find a way to reopen the case or find justice for Ford’s murder; instead it allows you to relish on the fact that racial bias towards people of color tears families apart every day and the toxic consequences of this kind of injustice spills over to so many communities who do not feel safe by the very system that is supposed to be in place to protect them.

Strong Island premiered in U.S. Competition at the 2017 Sundance Film Festival and is available on Netflix Sept 15th.