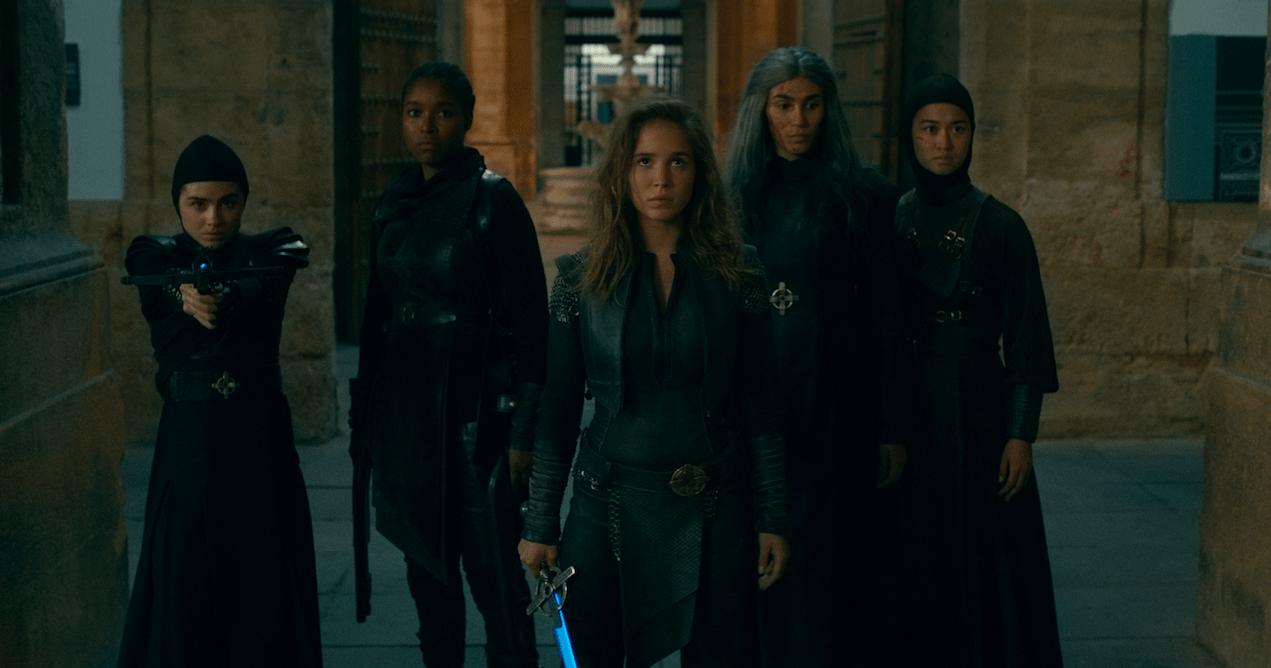 Many eager fans celebrated the new Netflix original show Warrior Nun, which is an American fantasy drama television series created by Simon Barry and based on the comic book character Warrior Nun, Areala, by Ben Dunn.

The storyline depicts 19-year-old Ava Silva (Alba Baptista), who is resurrected in a morgue by divine powers. She has lost her memories and has superpowers that give super strength and other supernatural abilities. A group of high-powered ninja-like nuns are searching for her, as they seem to hold the key to unraveling her identity.

The comic book was reimagined for the show’s new spin on the series that premiered on July 2, 2020, but did not live up to expectations. The show clearly has good intentions but is unable to get away with quite a few very cardinal sins.

Here’s a break down of major flaws with this show that make it one that you should probably pass over.

The first problem can be applied to the entire show’s organization, or better yet, the lack thereof. There are many shows with heavy lore that takes time to unravel and come together. So, the first episode’s confusing setup may have viewers thinking that it will all come together eventually.

However, by the third episode, most viewers will be so bored, they will no longer care what any of it means. From the acting to the plot development, the show can’t be saved.

For those that read the comic books, this is especially disappointing, as the show had so much potential. A show that advertised high action sequences with fantasy intrigue quickly goes to Ava hanging out with preppy kids and trying to get a cute boy to like her.

There’s awkward and unnecessary filler that takes audiences away from the show and fails to leave them invested in continuing.

The second key issue is how the show seems unique in theory but takes on the same “chosen one” trope and does not handle it well. Ava has power that the other nuns don’t have because she is deemed worthy and special.

It’s the classic Harry Potter chosen one dance. The other nuns are jealous and wonder why Ava is the chosen one and not them. Ava struggles to control and understand her powers as well as her past.

However, there is a general disinterest in finding out more because none of the characters are worth investing in. The characters offer little to no depth to persuade audiences to do anything other than turn off the show or proceed in futile hopes that the season will get better.

The third prominent issue is the show’s unnecessary fast pacing. The show jumps from one thing to the next without ever successfully orienting viewers into its world. Those who stream the show are just plopped in for the ride with only their prayers to guide them.

The show makes the classic mistake of introducing way too many characters at once and expecting viewers to put pieces together that don’t fit. The show gives some insights in the first season, as Ava learns more about her past. As the Halo-bearer, she is fated to become the Warrior Nun and save the world from darkness.

Some fans may be enticed by the show’s analysis of the church verses science and hell. However, the Netflix show The Chilling Adventures of Sabrina, arguably, does a much better job handling those intersections. While the Sabrina series may lack the action sequences, the character development is much more complex and engaging.

The idea of super-hero nuns that have an awesome girl power combat squad does give the show a distinct tone, but the payoff is still dismal.

The final issue is how unbalanced the season is. It takes far too long for the show to even remotely take off. Just like the opening prayer on a Sunday church morning that can sometimes go on forever, this show refused to get to the point.

Ava is selfish and fails to pull off the awkward girl portrayal well, which is a bit aggravating. The first six episodes are challenging to get through, and after that the few interesting moments don’t make the time spent streaming the show feel fulfilling.

If the show is renewed for a second season, there will have to be some major changes to the approach and depiction. While the season finale did leave audiences on a somewhat interesting cliffhanger, there is still very little curiosity to see how this unholy storyline is resolved.

While this review mostly reflects the shortcomings of the show, there is still genuine hope that it can come together to appear as epic and groundbreaking as the trailer suggested.

It would seem that the key elements are there, as the advertisement for the show reeled in many viewers. However, if the plot, pacing, and character development failed badly enough, there will be no resurrection for Season 2.