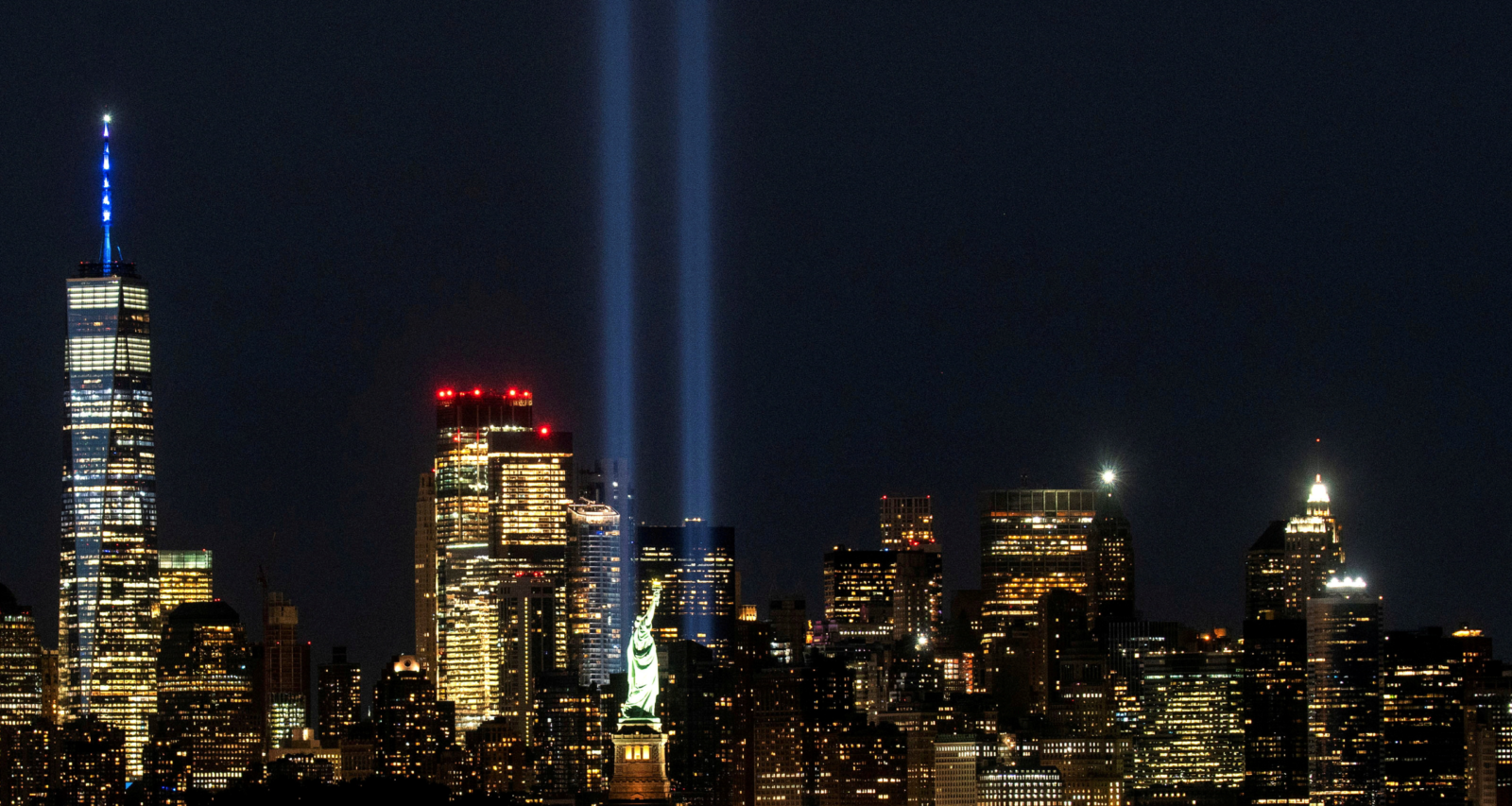 On September 11, 2001, my mom was on the phone with a member of the church where we took Bible study, talking about their next session. While on the call, they turned on the news, and together, they saw the second plane crash into the south tower of the World Trade Center. Before they hung up the phone, they took the time to say a prayer of support, mourning, and hope for the victims and their families. A little while later, Flight 93 crashed into an open field in Somerset County, Pennsylvania, 76 miles from my home in Pittsburgh.

All the while, I was watching the 1998 version of The Parent Trap for probably the 100th time. I had just turned three and, like so many other members of Gen Z, was completely oblivious to what had happened.

It’s safe to say that the 9/11 terrorist attacks changed most Americans and most of the world’s lives. It was one of the first tragedies Millennials faced in their formative years. Gen X was just coming out of their adolescence, about to venture into the world. Baby Boomers who were already firmly grounded in adulthood had the ground swept out from under them. They were all changed forever.

But nothing changed for Gen Z. Instead of changing us, the events of 9/11, much like the other national tragedies and hardships that have plagued us since, shaped us.

If you think I’m being dramatic, here is a quote from the Pew Research Institute on how they differentiate Gen Z from the rest of the population. “Most Millennials were between the ages of 5 and 20 when the 9/11 terrorist attacks shook the nation, and many were old enough to comprehend the historical significance of that moment, while most members of Gen Z have little or no memory of the event.” We are a generation unto ourselves because we all share the unique experience of being raised and coming of age in the world created by 9/11 with no personal context to compare it to life “before.”

Even though many of us have no memories from that day, the aftershocks of it wove into and affected our lives at every stage. Its effects rippled out and wove into the fabric of our everyday lives.

With no lived experience, 9/11 had to be taught to us. In the immediate years after 2001, the country tried to find a way to cope with its grief and fear by adopting a nationalistic midset and  beginning “war on terror.” Meanwhile, I was starting elementary school. I can’t remember the first time I heard the story of 9/11 — it was just always there. Every year in the fall, I knew we colored in pictures of fire-fighters and wrote thank you letters to first responders — in the same way, I knew we’d watch Our Friend, Martin in February for Black History Month. It’s how you explain hard truths to kids that unexpectedly become a part of their yearly routine.

When you’re that young, you have no concept of time. Even though I was alive then, 9/11 was something I felt happened in the past. When you’re that young “the past” melds into one entity where whatever you learn about in school has an individual reality on a plane separate from yours. It felt to me as detached from the present as WWII. I knew it was a tragedy — I just didn’t understand the concept of tragedy.

With as sheltered an upbringing as I had, it wasn’t until I hit middle school that I began to relate to 9/11 personally. I was in seventh grade when Osama bin Laden was assassinated, and due to looking “ethnically ambiguous” to the white boys in my grade, was made the butt of weeks’ worth of xenophobic bullying (never mind that I’m racially mixed Black and white). Eventually, the harassment stopped for me, but obviously not for others.

The constant “jokes” in popular media like Family Guy and Islamaphobic rhetoric that ran in headlines isolated an entire population of Gen Z from their peers and adults during their formative years. I remember newspapers from the days following the attacks were in my English classes to demonstrate what biases are. We saw how images and texts from the event were warped to support whatever any given person was saying on the news. No wonder we are so ready to question authority.

Unlike older generations, we didn’t have a great moment of mass disillusionment. It’s hard to be disillusioned when, from the beginning, you have no concept of blanket security. Its hard to be disillusioned when the systems meant to protect us blatantly single out one population of people for no other reason except to feel powerful when the situation made them feel powerless. Sure, there were moments when the scales fell from my eyes and I had some of my naivety stripped, namely the 2016 election, but, like other tragedies, the atrocities of 9/11 were a fact of life.

We were raised in the anxious, hyper-vigilant, nationalistic world of post-9/11 America. We are statistically the most anxious and depressed generation. It’s not an exaggeration to reiterate how marred by large-scale tragedies our lives have been. Some of my first memories of watching the news were clips of the devastation caused by Hurricane Katrina. I walked through metal detectors every day in middle and high school and had regular lockdowns in preparation for the day a mass shooter could walk into our school. The 2016 presidential election was the first in which I was able to cast a ballot, and we all know what message that election sent. I was leaving New York City on a bus from my last spring break trip as the first coronavirus case was found in Manhattan and graduated from college without a ceremony because of the 2020 pandemic. That’s not even to mention the ever-present and ever-worsening climate crisis.

Gen Z was raised in the shadow of 9/11 with no personal relation to the “way things were before.” Even though many of us don’t remember, we will never forget. The anxiety and turmoil of 9/11, like all tragedies since, are woven into the fabric of our childhoods and adolescence and have immeasurably shaped the adults we have and will become.