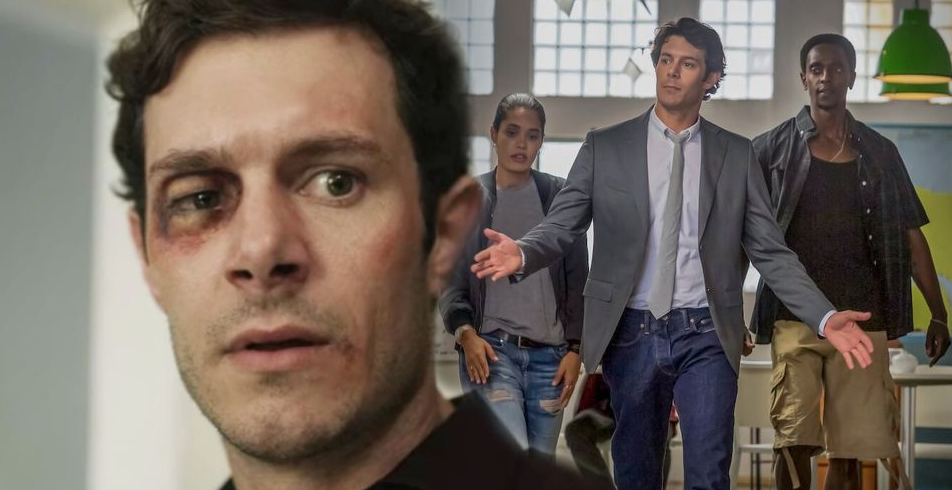 StartUp is so addictive I binge watched the entire three seasons in five days. Silicon Valley moves to Miami in this nail-biting series that originally premiered on Crackle back in 2016. Thank God Netflix picked up StartUp for those of us who were so focused on the 2016 election that this show missed our screens back then. Thanks to Netflix, we can enter this world of calculated chaos during what hopefully will be the last stages of pandemic life.

Controlled by the wealthy 1%, the 21st century “gold rush” resides in the tech industry. If you’re savvy enough to create, market, and sell the next big tech idea, you can achieve the American Dream, but what’s the cost? In Episode 1, “Seed Money,” we meet Izzy Morales (Otmara Marrero), a brilliant coder who dropped out of Stanford to focus full time on developing her form of cryptocurrency, Gencoin. While seeking funding at a bank, Izzy meets Nick Talman (Adam Brody), a loan manager who is unsatisfied with his mediocre life. The bank turns Izzy down, but by chance, Nick’s encounter with Izzy happens just as his estranged father desperately reaches out him to hide a little over a million dollars he’s “managing” for several “clients” from a corrupt FBI agent Phil Rask (Martin Freeman). Initially, Nick wants no part of hiding his crooked father’s ill-gotten funds, but Dad convinces Nick that his life is in danger, so Nick decides to try to hide the money by investing in Gencoin. Just as the money is transferred, Nick unexpectedly receives a late-night visit from Ronald Dacey (Edi Gathegi), one of his father’s investors, who is also the leader of a violent Hatian gang. Ronald wants the money he gave to Nick’s dad to invest, returned in cash… or else.

StartUp is a wild ride through the tech industry. Setting the story in Florida provides the opportunity to invite ethnic diversity into the narrative and is the perfect background for the corruption, backstabbing, and intense characters the Sunshine State is famous for. There’s a moment in Season 1 where Agent Phil takes a new agent to the roof of a high rise building and points out the sections of a southern city divided by race and class with everyone striving to realize their own American Dream that sets the tone for the entire series.

I love watching shows that introduce me to unfamiliar worlds. The writing is strongest when navigating through the parts of the narrative that deal with the actual technology and the cutthroat business strategies required to make a ton of money. And of course, watching smart people do really stupid things and be forced to have to figure ways out to survive is highly entertaining.

In Season 1, the series attempts to display the rich West-Indian culture, which is missed in stories about Black Americans, but the entire writing team are white guys and it shows. Unfortunately, this aspect of the show falls short. I wonder if white male writers find guilty pleasure in writing dialogue where the Black characters use the N-word on each other over and over and over and over again. I also find it interesting how much, since The Wire, white male writers love to place Black men in gangs and create violent shootouts to resolve conflict. In one episode, Ron ends up killing at least nine Black men with an automatic pistol. The majority of the people who get violently shot and killed by bullets in this series are Black men.

I also wonder if there were any women in the writers room. Within the first 15 minutes of the pilot, all of the characters are in emotionally detatched sex scenes. The audience knows how each of these characters have sex before we even know who they are as people. Perhaps the sex is a metaphor for the series of everyone getting effed by the system? Once the gratuitous sex is set aside and the story focuses on the relationships between the three main characters, the audience is able to root for Izzie, Ron, and Nick. Can the Cuban, the Haitian, and the Jew really work together to create a new currency and move themselves on up to the 1%?

Season 2 dives deeper into the choices people make in to achieve and maintain power. The writing is best when it’s building in intricate layers of corruption that challenge Izzie, Ron, and Nick to push their moral compass to the edge in order to save the company and, in some situations, their lives. Ron Perlman (Sons of Anarchy, Hellboy, and Beauty and the Beast) joins the cast as Wes Chandler, a powerful investor who comes in and changes the dynamic deliciously. What we think is power quickly shifts as promises are made and broken due to circumstances created by greed. The audience is now solidly invested in Ron, Izzie, and Nick, and it’s gutting when these characters make choices that hurt one another on purpose. The stakes for each challenge are so high that you can’t help but watch another episode to see how things get resolved. Hands down Edi Gathegi, who plays Ron, the heart of the show. He brings such emotional intelligence and depth to Ron that the audience can’t help but love this troubled soul.

Season 3 brings in a new psychopathic NSA agent, Rebecca Stroud (Mira Sorvino). The series is in this really great sweet spot where a super scary storyline reveals new reasons why we should all be calling Congress to demand that big tech be regulated, like yesterday. Season 3 is provocative, nerve-wracking, and engaging in a way that surprised me and left me wanting more. The last episode of Season 3 ends in a way that seems like there was going to be a Season 4, but perhaps production was halted due to the pandemic. As I write this review, StartUp is rated #3 in popularity on Netflix. I hope Netflix is listening and will bring the team together for a Season 4. But this time, please invite some Black, Brown, and women writers into your writers room.