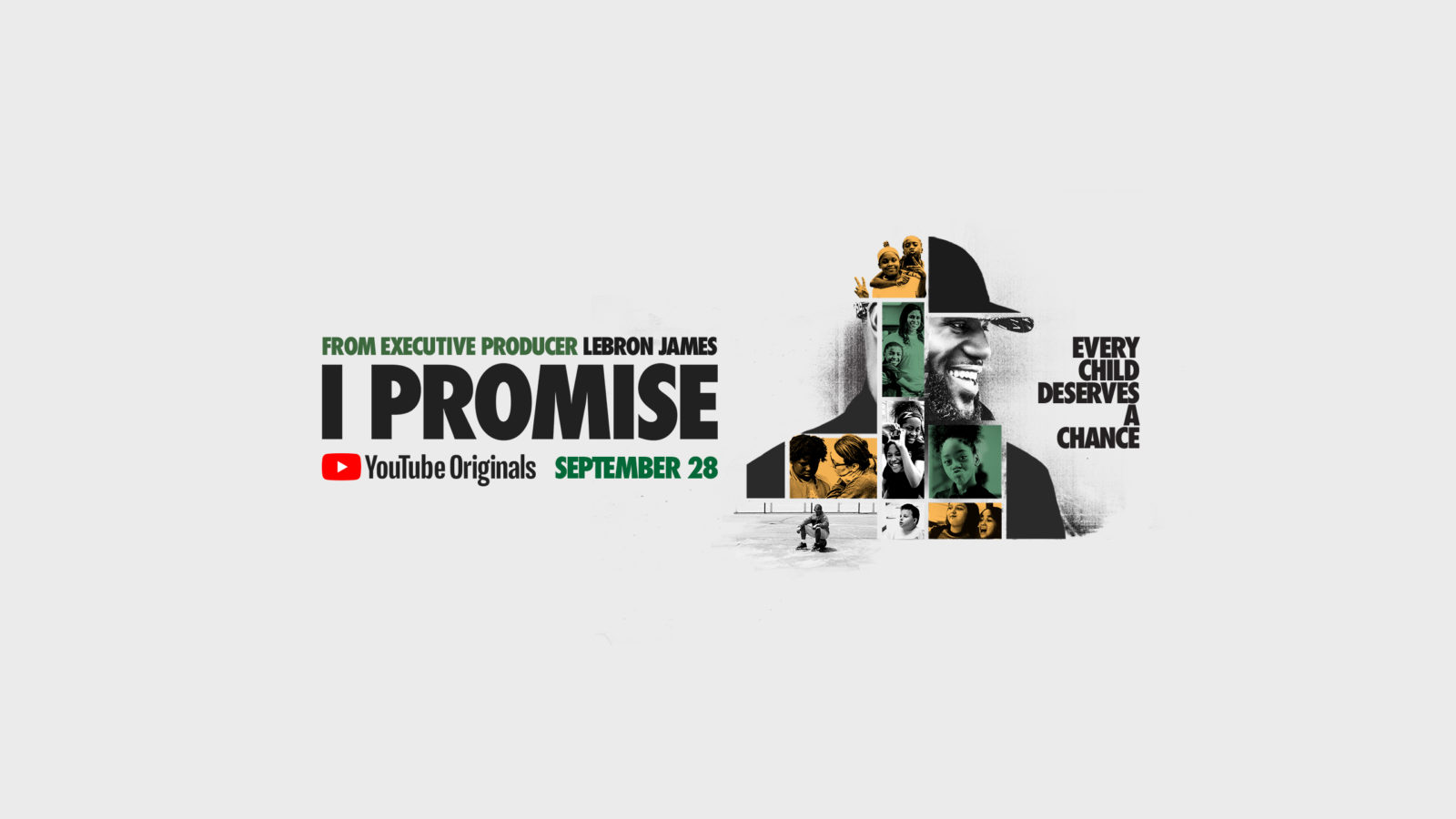 YouTube Originals announced I Promise, a feature documentary film from award-winning director, Marc Levin, that tells the story of LeBron James’ efforts to close the achievement gap in his hometown of Akron, Ohio through the eyes of the inspiring students who are resetting expectations of their futures.

The film premieres Thursday September 28 at 12pm ET / 9am PT on the YouTube Originals channel.

The documentary, which premiered at the 2021 Tribeca Festival, features an in-depth look at the first academic year inside the groundbreaking I Promise School, which opened in 2018. Viewers will get to explore the day-to-day trials, triumphs, and life-changing impact of the school staff, students and families working together in a unique, family-first educational environment that embraces the trauma and challenges many face in Akron. The film offers an intimate look at the school’s blueprint for a new model for urban, public education – a holistic, STEM-focused approach led by love and Social Emotional Learning infused with the LeBron James Family Foundation’s “We Are Family” philosophy. In opening the doors to the I PROMISE School’s early challenges and learnings, the film exists to provide insights and tools that students and educators in every community across the country can implement in their classrooms and beyond.

I Promise joins a growing slate of learning and impact projects including the upcoming new slate of sustainability-focused programming: Seat at the Table, with David Attenborough and creator Jack Harries, Stay Wild (working title) from Brave Wilderness in partnership with Appian Way and Madica Productions, Shut It Off ASAP (working title) from AsapSCIENCE and B17 Entertainment; in addition to launched projects from the #YouTubeBlack Voices Fund aimed to invest with intention with programming like Bear Witness, Take Action 2, which continued the movement on racial justice to evoke change and protect Black lives; Resist, a documentary series from Black Lives Matter co-founder Patrisse Cullors; and Barbershop Medicine aiming to put the “public” back in Public Health and explore the impact race and socioeconomic status have on healthcare and longevity.

Additional learning YouTube Originals include Emmy Award-winning mini-series Create Together, a Joseph Gordon-Levitt hosted series featuring the creations of everyday people collaborating to make art; Daytime Emmy Award-winning special Creators for Change on Girls’ Education with Michelle Obama where YouTube creators, such as Liza Koshy, sit down with Former First Lady Michelle Obama and the Obama Foundation to discuss the state of girls’ education around the world; Emmy-nominated Glad You Asked that explores topics driven by our curiosity about the world around us; and Retro Tech the Emmy-nominated series that explores the technological promises of the past.