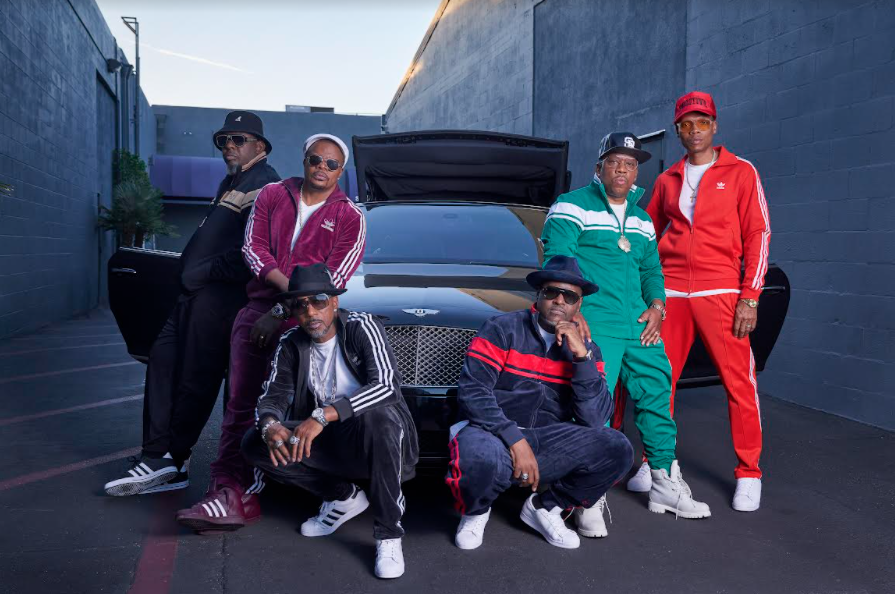 The 1990s was a decade that changed music forever. Two of the biggest reasons for music’s enormous grip on the public during the ’90s were R&B and boy bands. The R&B group New Edition and boy band New Kids on the Block were fan favorites and still are today.

This year’s American Music Awards will be bringing the two groups head-to-head for a Battle of Boston. With both groups calling Boston their home, this battle for hometown credit will definitely be a can’t-miss event.

BGN talked with New Edition members Bobby Brown and Johnny Gill about the group’s relationship with NKOTB, how it feels to perform on the AMA stage again, and how the city of Boston influenced them as a group.

New Edition did their last AMA performance back in 1997. How does it feel to be able to get back on the AMA stage again?

Bobby: It feels exciting. I’m looking forward to it so much. It’s a privilege to be a part of the AMAs period. But being there with my brothers is just out of this world. It is unexplainable.

Your group is facing off against the boy band New Kids on the Block. What was your relationship like toward NKOTB, especially with you both being from Boston and both growing up in the music industry?

Johnny: They’re longtime friends. [The two groups have] been known for many, many years. I just think that it’s long overdue that we’ve finally got together to collaborate. Time is everything, and I think that we’ve moved into a position of the leaders now and the OGs in the game. We can set the stage and the bar for a new generation that’s coming up to understand, know, and appreciate watching artists collaborate, join forces, and mix the art. We have known each other for years. We are just really excited to have this opportunity to finally get together, work together, and explode.

How do you feel the city of Boston shaped not only your music taste but your career trajectory overall?

Bobby: I think it plays a big part in who we are as people. New Kids grew up right down the street from where New Edition is from. It’s hard to explain how important it is that we represent Boston in the fullest of forms. We’re just happy that we’re able to do it for Boston and Boston has our backs at all times.

What do you feel are the biggest lessons you have learned as musicians who grew up in the ’90s R&B landscape?

Johnny: Never get jaded, never get stuck, never allow yourself to get comfortable, always being open, and willing to be creative, to accept style and music changing — that has been hugely successful for us. It keeps you open and present, and we’re inspired. We’re constantly always inspired. That’s been the saving grace to part of our longevity, not just as a group but creatively as well.

R&B is constantly evolving, but one thing has stayed the same — the heart and soul behind the music. What are both of your thoughts on how R&B has changed from when the group was getting started to what it is today?

Bobby: Well, they are speaking a different language, in a lot of ways and the way they express themselves from a production standpoint. Everything has changed from the ’90s to where we are today. Sonically, you listen to the different types of sounds that they use. Lyrically, they’re speaking a different type of language somewhat than what we speak and what we were talking about. We would come out to say, “I love you.” The way they talk and how they speak is a little different.

BGN Film Review: ‘Whitney’ and the People who Killed Her