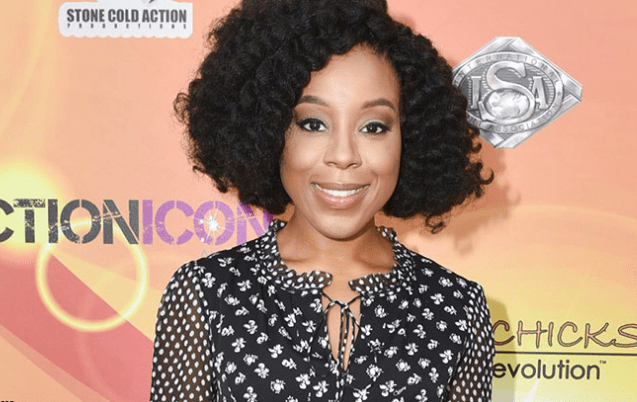 Alana Mayo has taken the helm of the new Orion Pictures division of MGM.

Mayo served as Head of Production and Development for Michael B. Jordan’s Outlier Society. Wherein she oversaw films and TV series. Mayo worked on Just Mercy, and co-produced the adaptation of Fahrenheit 451; 61 Street, Raising Dion, Fashionably Black; and the series Friday Black.

“We are at an exciting and critical tipping point in our industry. For years many filmmakers and creators who have been considered and treated as outsiders have nonetheless persisted in creating visionary films that drew audiences across the globe and defined culture. Many of these films and filmmakers inspired me to pursue storytelling as a career, and to work towards creating a more equitable environment for all creators,” said Mayo. “I am thrilled to work in partnership with Kevin, Mike, and Pam to continue Orion’s legacy and create a home that embraces and furthers the seismic shift happening in entertainment and culture, and to back filmmakers and content that authentically reflect the world in which we live.”

Prior to Orion Pictures, Mayo was Vice President of Production at Paramount Pictures, working on A Quiet Place, Annihilation, Fences, The Big Short, and Selma.

“It was essential that we find an exceptional executive who will be a leader at the forefront of change in our industry. Alana’s incredible vision, experience, and passion, along with her fearlessness makes her the ideal choice for Orion. As we continue to build upon MGM’s strong legacy and foundation as a leading entertainment company, we look forward to the legacy that Alana will create as she brings vital new voices in storytelling to life. Under the strong, visionary stewardship of Film Chairman Michael De Luca and President Pam Abdy, and with the addition of Alana to lead Orion, MGM’s film group is poised to make a lasting impact as we head into the studio’s next century.” said MGM’s Chairman Kevin Ulrich.

Her career experience and understanding of the film industry have her well prepared for this role. Mayo even worked with Vimeo, strategizing the development of original film and television series.