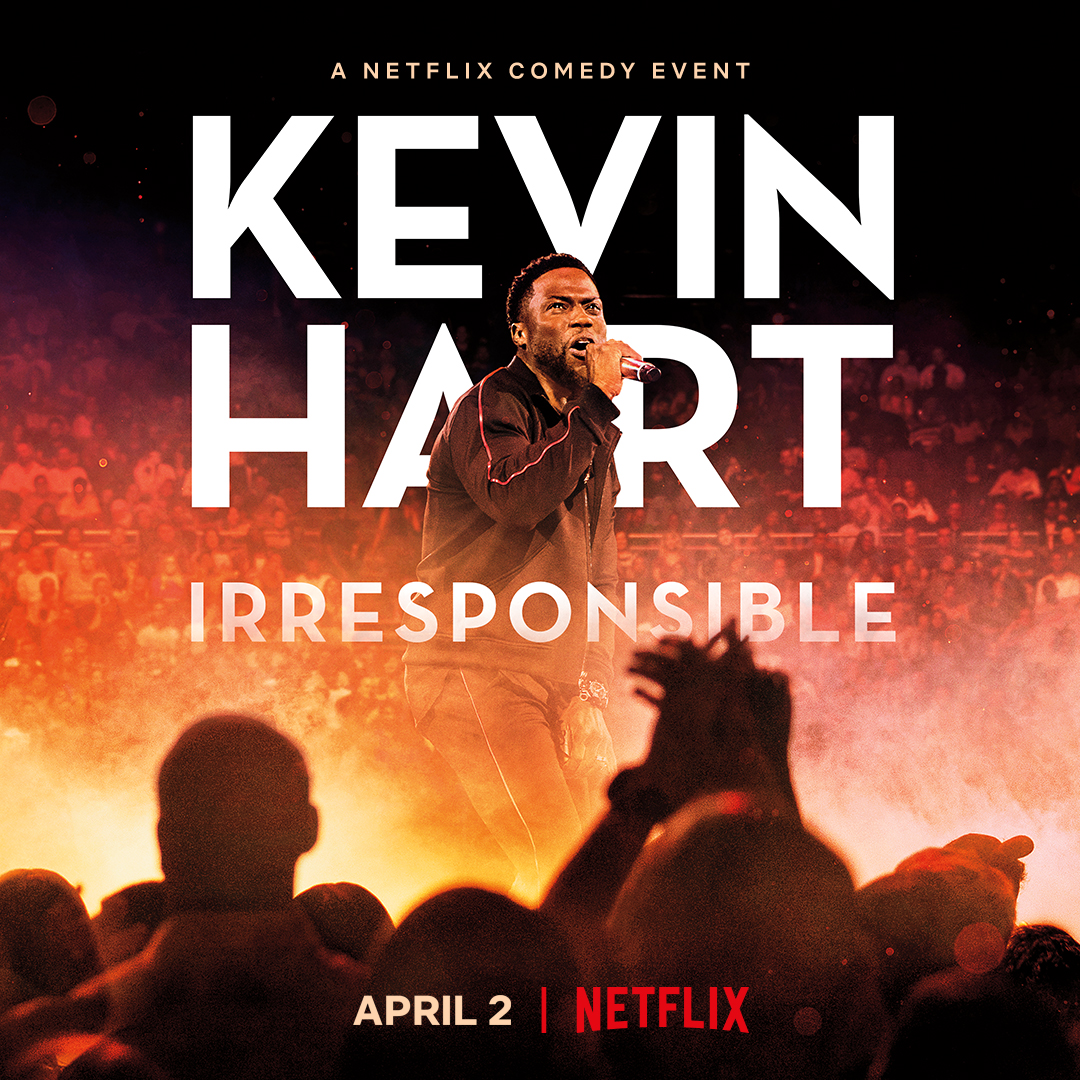 One of the most successful standup comedians of our generation is back with another Netflix special. It appears Oscar controversy or not, Kevin Hart is staying on top with his latest comedy concert Kevin Hart: Irresponsible.

Kevin Hart brings his sold-out comedy tour, Kevin Hart: Irresponsible, to a global audience for his first original Netflix standup special. The one-hour special was filmed in front of a sold-out live audience of over 15,000 people at the O2 Arena in London, England. Hart touches upon his friends, family, travel, and a year filled with Irresponsible behavior.

The special will launch globally on Netflix on April 2, 2019.