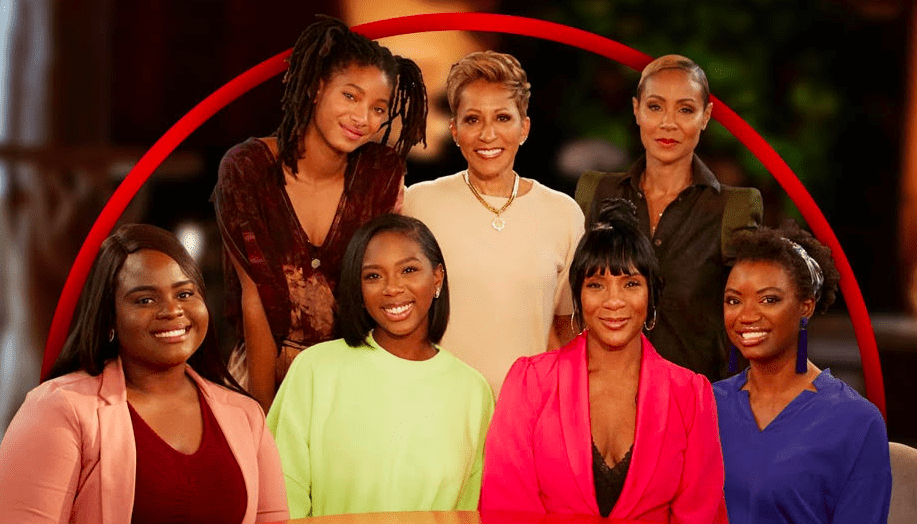 An emotional new episode of Red Table Talk is coming to Facebook Watch tomorrow, Wednesday, May 27 at 9 am PT / 12pm ET as Jada, Willow and Gammy tackle Colorism, a rarely talked about form of discrimination that continues to divide the Black community.

Learn why this hateful bias entered into Black culture years ago, and meet Jada’s lifelong friend Mia and daughter Madison, who reveal how they’ve been targets of bias themselves.

And if the Facebook Watch episode is not enough for you to unpack the issue of colorism, OWN TV will air the powerful documentary, Dark Girls 2. It is a follow up to the highly-touted Dark Girls and explores the prejudices darker-skinned women face around the world. The film is directed, written and executive produced by D. Channsin Berry (Dark Girls, The Black Line) and his production company Urban Winter Entertainment, Inc. Dark Girls 2, will premiere on Tuesday, June 30 at 10 p.m. ET/PT (immediately following the network’s hit drama Greenleaf).

Red Table Talk has emerged as the go-to place for unpacking the most compelling cultural and societal issues of today as Jada, Willow and Gammy have created a safe space for people from all walks of life to have open, honest and vulnerable conversations. Join the conversation in the Red Table Talk Facebook Group where members join the conversation week after week to connect with one another, share their own stories and struggles, and lift each other up.