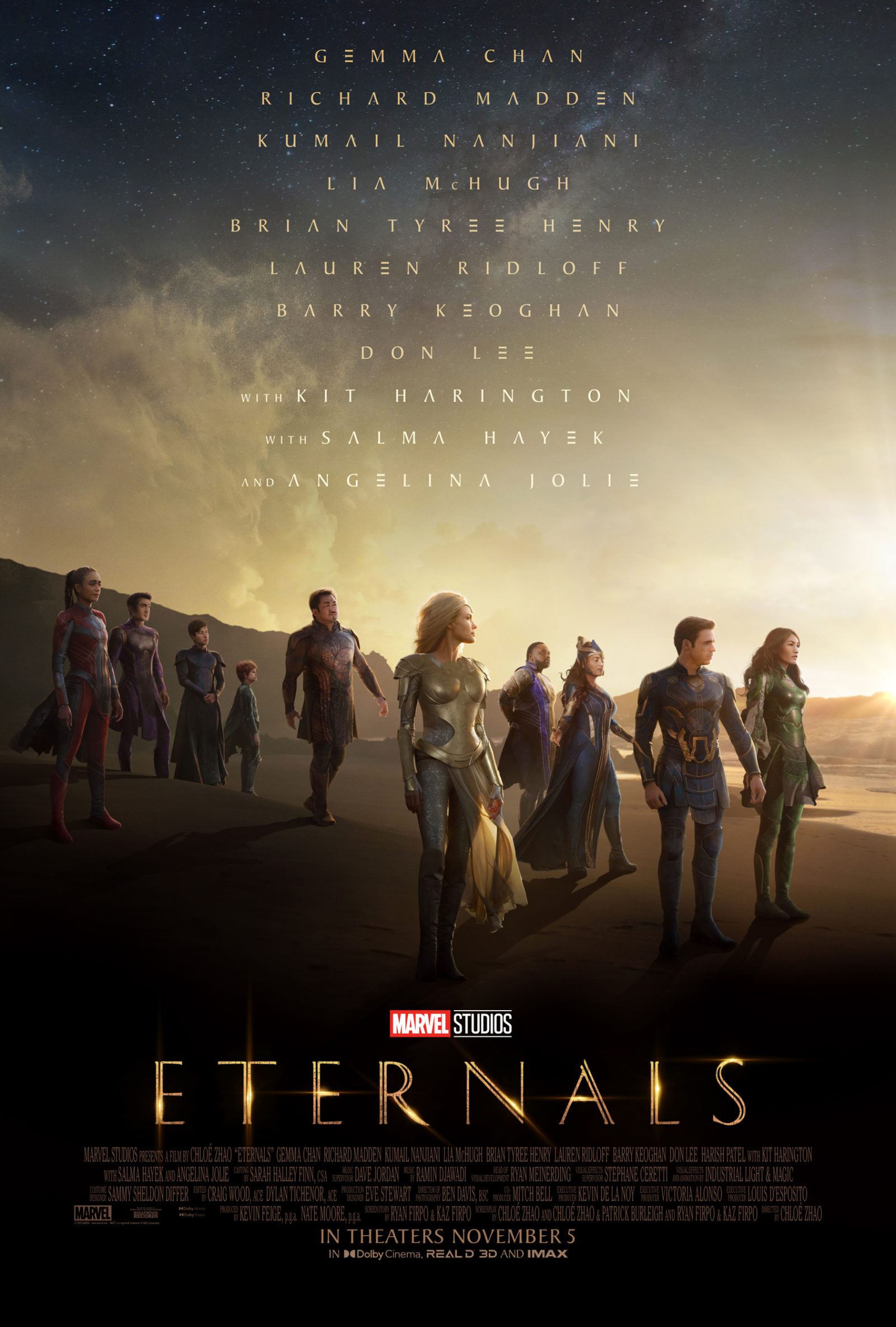 Check out the exciting new trailer and poster for Marvel Studios’ Eternals and get an upfront look at the MCU’s newest team-up,  featuring a group of heroes from beyond the stars who had protected the Earth since the dawn of man. When monstrous creatures called the Deviants, long thought lost to history, mysteriously return, the Eternals are forced to reunite in order to defend humanity once again.

Chloé Zhao directs the film, and Kevin Feige and Nate Moore are the producers, with Louis D’Esposito, Victoria Alonso and Kevin de la Noy serving as executive producers. The story is by Ryan Firpo & Matthew K. Firpo, and the screenplay is by Chloé Zhao and Chloé Zhao & Patrick Burleigh.