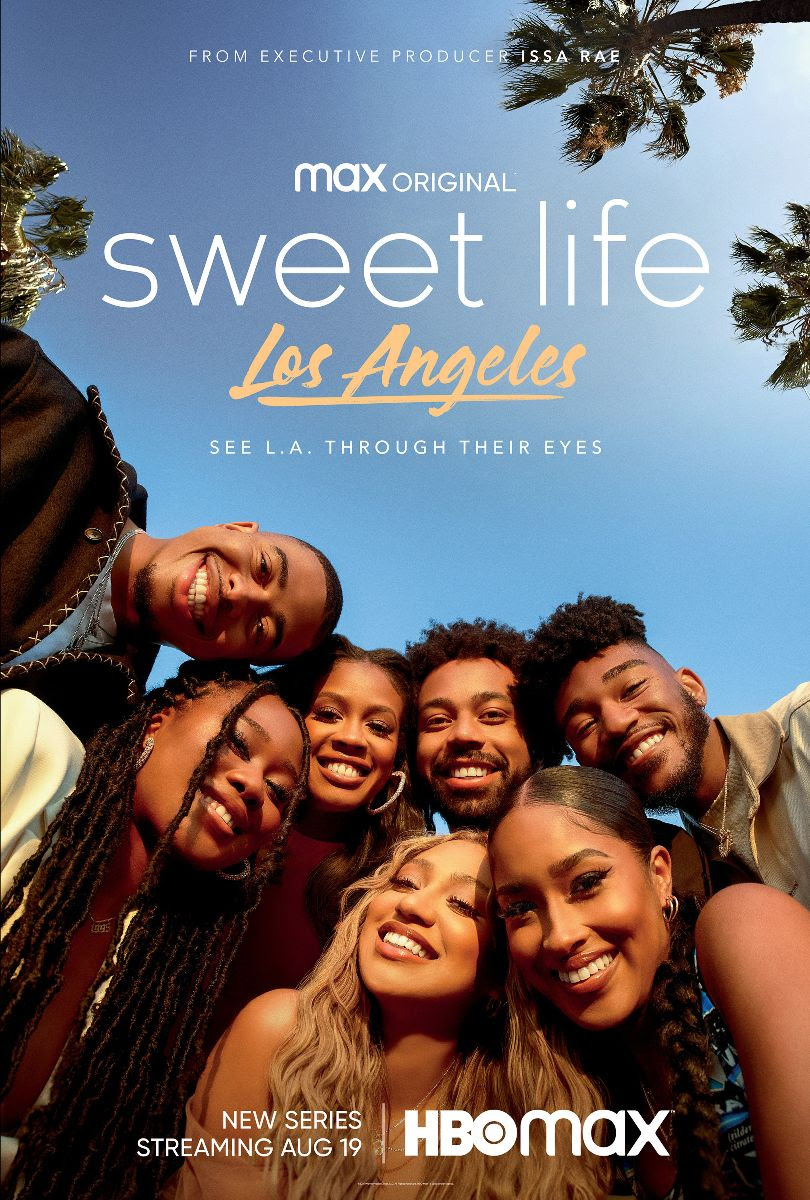 HBO Max has revealed the trailer and key art for Sweet Life: Los Angeles. The first three episodes of the nine-episode series debut THURSDAY, AUGUST 19 on HBO Max, followed by three additional episodes on August 26, leading up to the final three episodes on September 2. A reunion special will launch on September 9. From Emmy® and Golden Globe® nominee Issa Rae, Sweet Life: Los Angeles gives a unique look at what it means to be young, Black, ambitious, and in constant pursuit of one’s dreams. Exploring themes of loyalty, legacy, and love, this coming-of-age series follows a group of long-time friends in South Los Angeles as they navigate the relatable, chaotic, mid-20s moments at the quarter-life mark and propel each other into adulthood success.

The enterprising and charismatic core cast is comprised of Amanda Scott, a PR consultant whose determination to build generational wealth manifests in purchasing her first home, Briana Jones, a medical account specialist who’s eager to embrace singlehood and start her own skincare business, Cheryl Des Vignes, a budding fashion designer; marketing specialist Jerrold Smith II, Cheryl’s high school sweetheart, both of whom are negotiating the next phase of their relationship while leveling up with their respective careers; Jordan Bentley, a fashion CEO from View Park whose on-again-off-again flirtation with Briana is, in a word, complicated; P’Jae Compton, a music manager who’s laser-focused on taking his artists to the next level, but less clear-eyed when it comes to romantic pursuits and Tylynn Burns, an event planner who brings an ethos of Black Excellence to her work, and whose level-headed nature often finds her playing peacemaker. More information on the cast is below.