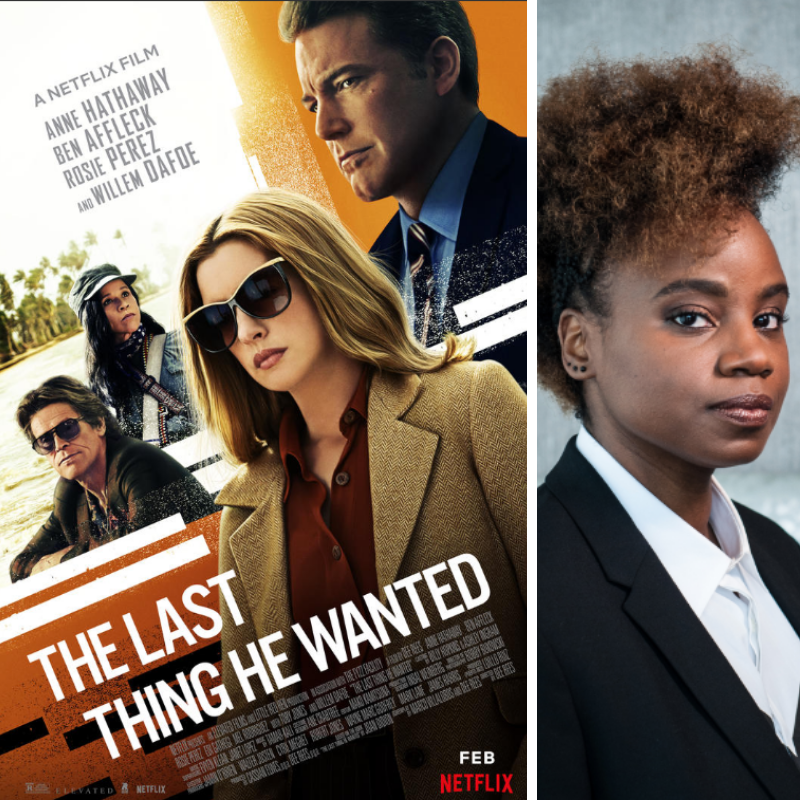 Adapted from the Joan Didion novel of the same title, The Last Thing He Wanted is set against the nebulous milieu of the Iran-Contra scandal.

Veteran D.C. journalist Elena McMahon (Academy Award® winner Anne Hathaway) abandons the 1984 campaign trail out of a misguided sense of duty to her father, Dick McMahon (Oscar® nominee Willem Dafoe). Guilted into running a dangerous fool’s errand on his behalf, Elena leverages the moment to pursue her own investigation but instead gets tipped into the confounding center of the very intrigue she’s trying to expose.