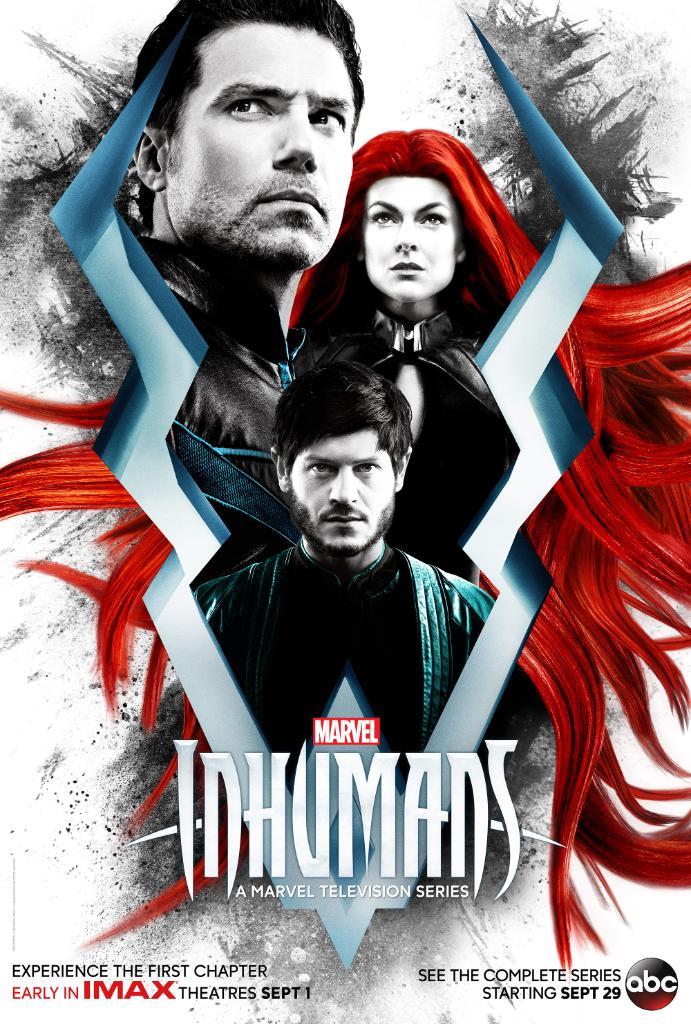 Originally slated for their Phase Three of movies, Marvel announced last year that Inhumans would instead be adapted into a TV show. Inhumans follows a royal family of isolated superhumans with some fascinating powers. What’s a royal family without some drama and this one looks to have plenty. A coup splits up the family, with some fleeing to Hawaii. There they are forced to contend with both their new environment and the humans living in it. The show stars Anson Mount as their king Black Bolt, Serinda Swan as the questionable lace front wig wearing Medusa, Isabelle Cornish as Crystal, Ken Leung as Karnak, Eme Ikwuakor as Gorgon, Sonya Balmores as Auran, Mike Moh as Triton and former Game of Thrones villain Iwan Rheon as Maximus.

The show was made in conjunction with ABC and IMAX. It was shot using IMAX cameras and the first two episodes with debuting on IMAX screens for a two-week engagement starting September 1st. At least we know it will be pretty. The rest of the season will air on ABC Fridays at 9:00 p.m. ET beginning September 22. Earlier today Marvel released the trailer for Inhumans. Check it out below and let us know what you think.