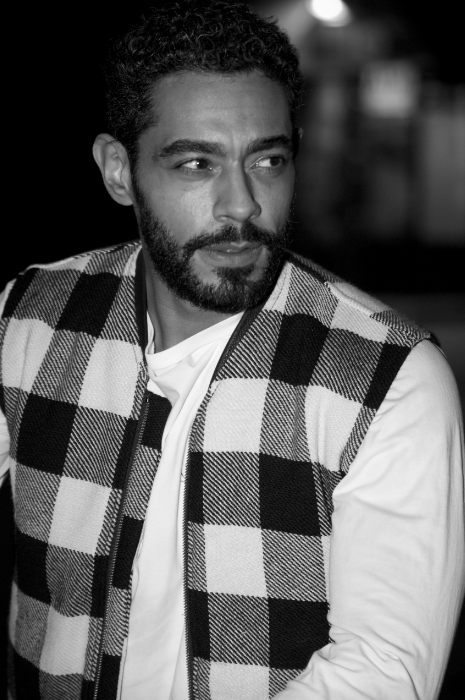 Fans of multi-talented actor Nick Sagar may recognize him from roles such as Charles Frederickson in Tyler Perry’s The Have and Have Nots or in both installments of Netflix’s hit Christmas films, The Princess Switch, in the role of the handsome dad, Kevin Richards. Now Sagar is set to take on a new role as sauve Anderson Louis in Starz upcoming show Run the World.

Sagar tells BGN about his excitement for the upcoming show.

Run the World is set to premiere in Spring 2021. Tell me about your process of auditioning and your reaction when you booked the role.

I was over the moon when I got the role. I’d had a chance to read the script and knew what the premise was going to be. It’s exactly the type of show we need right now — a fresh innovative look at four Black women and their careers, love lives, friendships, and how they navigate life in the big city. I’m just glad to be a part of it.

You play Anderson Louis in the show. How did you prepare for this role and how would you describe this character?

What stood out to me about the role was that I could relate to parts of him. I used that as a base to create Anderson. He’s a very passionate loving guy who values his lady very highly. The struggle comes when balancing their careers and love life. He definitely makes some decisions I wouldn’t [laughs], but that’s where the fun in playing characters comes from.

The show tells the story of Black friends simply navigating through life. Why do you think these storylines are important to have in this day and age?

They’re extremely important because there wasn’t enough growing up. Media has a huge role to play in shaping people’s realities and has the power to help people dream. On the flip side, it can also limit us if we’re not getting the right content. Accurate cultural representation is vital for us as humans to move forward as one. Telling these stories sheds light on the lives that so many can relate to but have had less representation over the years. I love that we are breaking molds and stereotypes, which is long overdue!

You’re currently working on other projects as well, such as the third installment of Princess Switch. How has set life been amid COVID-19, and has it been difficult to get acclimated to such a huge change in set life?

We’re almost done on Princess Switch 3. It’s been so good to be back with the family. They’ve been missed dearly. Having such a close set helps to make navigating these difficult times easier. We’re extremely privileged to be working at this time, and everyone takes that into account. They really are a great bunch.

If you could work with any actor on any project, who/what would it be and why?

That’s a good one. There are a few I’d like to work with. I’d love to do some action with Jackie Chan. Denzel, of course. It would be cool to do something different with my good friend Tika Sumpter. We worked on The Have and Have Nots together. Maybe some sort of action flick. [Laughs.] You can tell I’m looking for some action roles!

Just thank you to everyone who takes the time to read this. Thank you to the team at Black Girl Nerds for featuring me — it’s really appreciated. Blessings, peace and love to all!