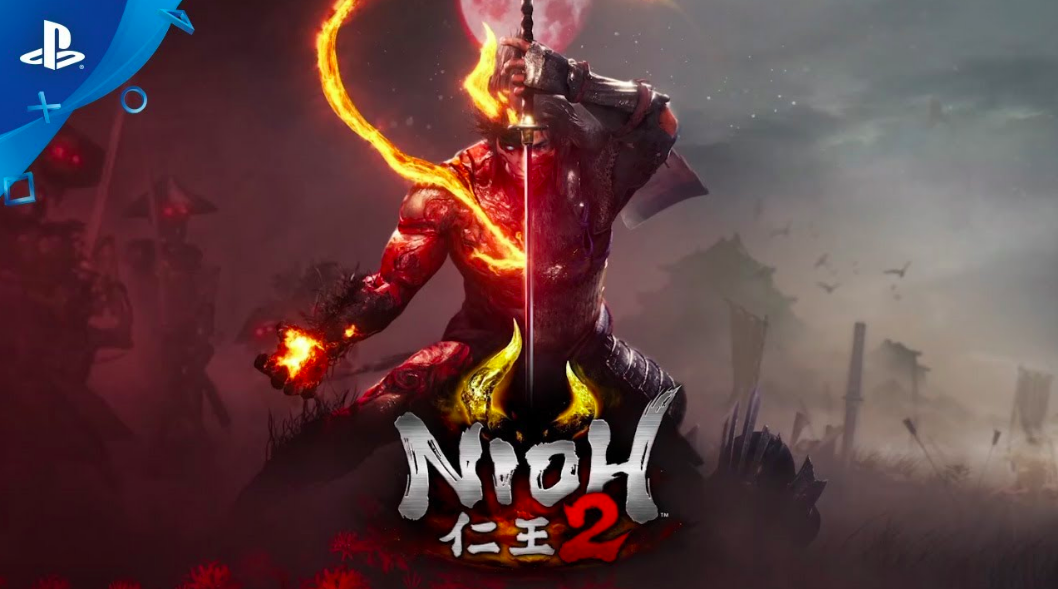 I had no idea it was my dream in life to become a half Samurai, half Yokai (Japanese spirit) — that is, until I started playing Nioh.

The visually stunning action role-playing game was first released in 2017 by Team Ninja. Not only did the first game offer amazing animation, but it also allowed players to embrace their demonic side (and join the dark side, because they have cookies). Fans are currently celebrating, as Nioh 2 was just released this month, and it has some pretty awesome new features while maintaining the vibrancy of Sengoku-era Japan from its predecessor.

This prequel of the story allows players to traverse the Dark Realm (p.s., it’s even cooler than the dark realm in Thor) and take on new challenges, as their Ki (stamina) is drained quicker and the enemies have powerful new attacks (it’s both epic and terrifying at the same time). With a brand-new setlist of abilities and character customization, the game quickly made its way to being the bestseller in Japan during the first week of its release. It leapt up in the charts and right into our little gamer hearts. Currently available for the PS4.

Maybe it’s the many years of childhood I spent watching Inuyasha and playing Samurai Warrior for PlayStation 2, or it’s my (and many other nerd’s) obsession with Japan, but I couldn’t get enough of Nioh 2. At first, I was a little apprehensive, but when my brother (a.k.a., the expert gamer), Vincint recommended it, I knew it was gonna be good.

One of the first things that impressed me was the detailed character creation. Players are able to customize everything, from their hair to skin color, facial details, and more. I appreciated the ability to make realistic Black and people of color characters, since, in most Japanese video games, darker skin and ethnic features are seldom offered. I also enjoyed going to the blacksmith to modify my equipment. While it was a little overwhelming at first, I soon found that the game does a great job making sure users can go as far as they want with the modifications.

Also, I enjoyed the stat building options for characters. Nioh 2 has a lot of systems to learn, and I would recommend you learn them as soon as you start playing. If you’re stubborn like me, you’ll be tempted to dive right in and skip the tutorials. However, this might be a game you find it useful to at least do a few tutorials for. The Dojo is the practice area where players can learn how to hone their skills and get down to business to defeat the demons. Unlike most games that have a calculated formula for how stats should be distributed, Nioh 2 allows gamers to experiment. With its many skill-trees, you can mix and match (like a dessert buffet of skills) with ninja, samurai, magic, and yokai skills. Each category has its own skill points, so you get the chance to develop them all. I can’t tell you how many times I’ve played a game like Final Fantasy and completely messed up my stats (noob problems) and had to start all over again. It was refreshing to play around with different skills without completely dooming my gameplay.

If there’s one word that sums up Nioh 2, it’s combat. If you like free roam RPGs that let you hack and slash and blow the place up, you’ve come to the right place. While the combat options aren’t extremely different from the first Nioh game, there are some pretty fun new ones. I immediately appreciated the revamped battle system. I’m not going to lie, it takes some getting used to, though. Button mashing will not necessarily get you through this one, folks. Players need to be ready to learn the timing in order to land each move. The more practice and skill you pick up, the more rewarding it is when you start literally destroying all of your enemies.

The game’s character stance change system was admittedly awkward for me. My brother (a.k.a., video game sensei) had to teach me how to do it effectively. It was a relief for me that Nioh 2 offers many shortcuts to make a quick escape from large groups of enemies, just in case you wanna make a run for it. It was nice knowing that if I ever had a “Leroy Jenkins” impulse to randomly charge in, there were sometimes ledges for me to jump off for a quick escape.

Nioh 2 also offers a multiplayer option, which I am pretty neutral about. I don’t use it very often, but have on occasion found it useful. I use this mode when I find new blue graves (The Benevolent Graves) that allow you to summon the blue specters of other players to help you (not to be confused with red specters that summon hostile ghosts). However, if I had a Nioh 2 ride or die crew, we would probably be jumping from Mission 1 to Mission 2, OG Phantasy Starstyle. The game allows you to play with up to two additional players at a time. So, while it’s not as packed as our MMO RPG parties, you can still grab a buddy or two for the road.

The mission-based structure offers players a variety of things to do. While players are wandering, there is always a lot to find. Most of it is useless, as you find tons of equipment you don’t need. I did enjoy finding the little lost Kodama scattered around some levels. They give players small bonuses for finding them and can even unlock special items that give you skill points and other perks. It seldom matters if I need it at all — even in the gaming world, I love freebies.

If the first Nioh is any indication, Nioh 2 will likely have tons of free updates in the future with additional content, like new missions, more loot, and even more modes of play. The possibilities are endless, as it seems there will be plenty of new goodies to come. Even if you’re not much of a gamer, this game’s beautiful animation and incorporation of folklore are sure to seduce you with its charm. It’s ultimately a successful game, as it did what I look for all games to do. It was fun, adventurous, and offered a lot for players to explore. So, let’s journey to 1500 Japan and nerd out, because without a doubt, Nioh 2 has some game.