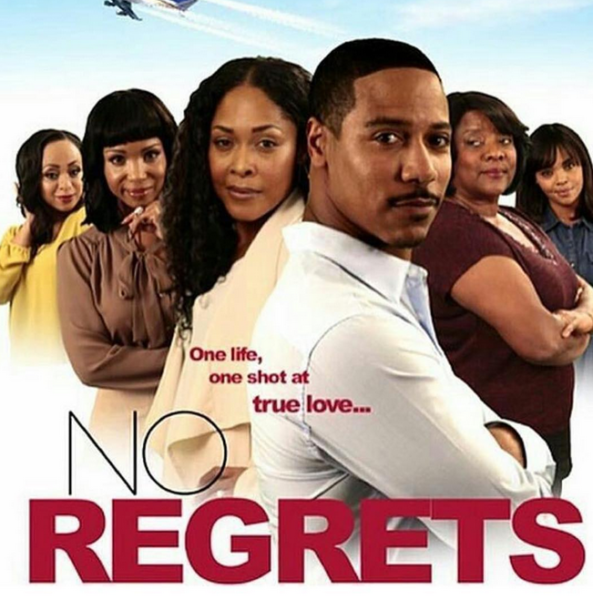 In this heartwarming romantic comedy, flight attendant Nina Thomas (Monica Calhoun) seems like she has it all: a great job that allows her to travel the globe, amusing friends, and a 12-year, committed relationship with her college sweetheart who worships her like a goddess. But whenever her long-time lover, Roman (Amin Joseph), asks her to marry him, she continuously turns him down.

Needing to get away from it all, Nina finds herself in a compromising position when she meets Quincy (Brian White), a handsome divorceé, during a long layover in Los Angeles. Instantly smitten, the two of them spend an entire day together where they both begin to discover one another and what they mean to each of their previous partners.

Will Nina have an affair Quincy to spite Roman if he doesn’t want to continue to keep things the way they are? The talk between her and her girlfriends is that she should, even the universe is giving her signals that she should follow that direction.

You will laugh out loud, cry, and relate to Nina’s reasons for always saying no, to the marriage proposals as the film elaborates on her back story. In this all-star cast that includes Emmy® Award-winning actress Loretta Devine, Sharon Leal, Elise Neal and more.

No Regrets first premiered at the Urbanworld Film Festival in September 2016. Its premiere on Urban Movie Channel (UMC) will mark the first time the film has been made available for wide release.

You can find it exclusively on Urban Movie Channel Friday, February 10, 2017.