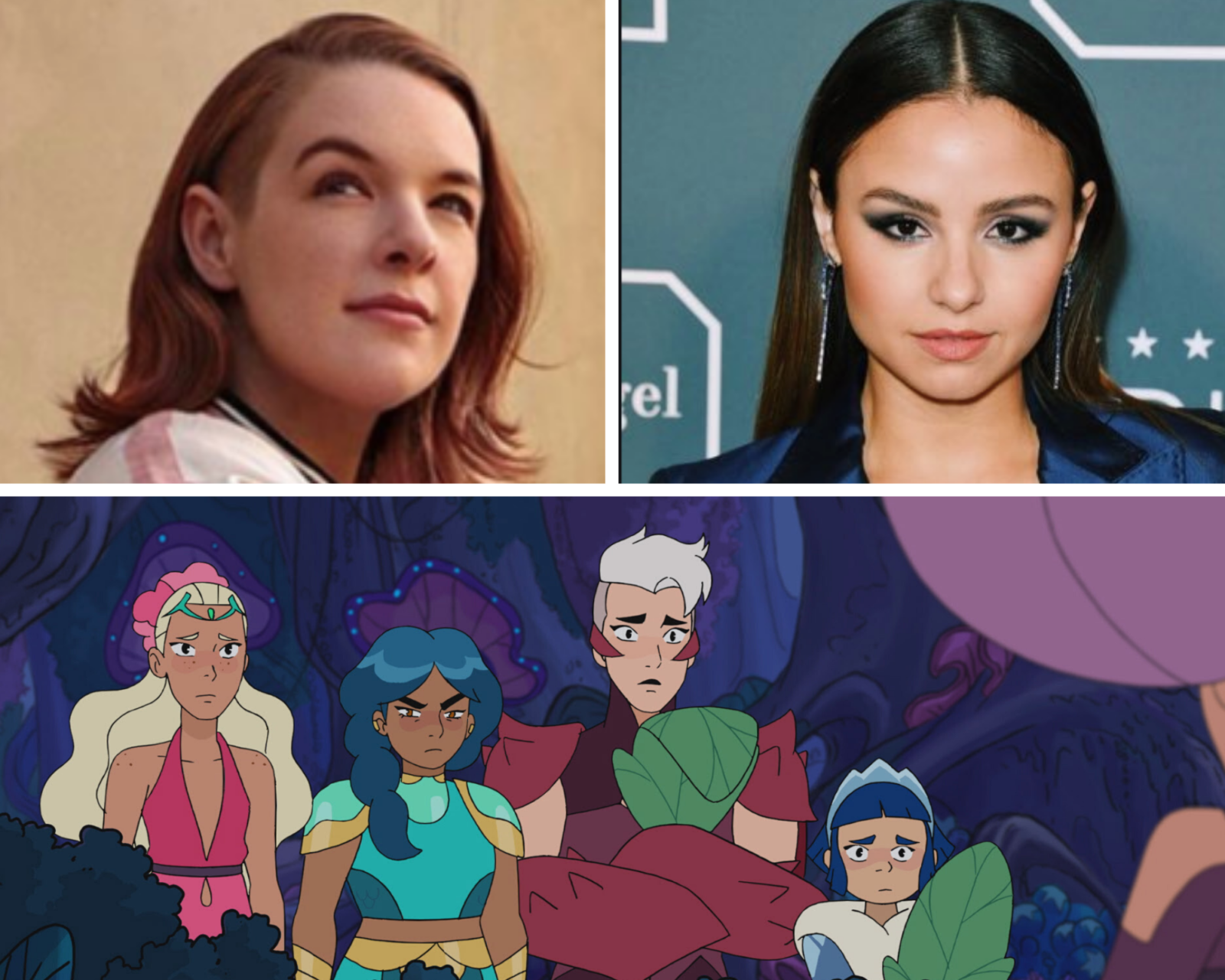 What better time to watch the remarkable She-Ra and the Princesses of Power series than now?

There is no denying how big of an influence the show has had on our culture. The series re-boot has taken from the original and transformed it into an amazing, colorful, and action-packed series that will have you adding this to your must-watch list. Now, with its final season being released on May 15th, audiences are preparing to say goodbye to this transformative show.

If you are not already hooked, it’s not too late to see what makes this show so magical. Read my review on She-Ra for an in-depth understanding about the show. This May, I had the pleasure of calling both Noelle Stevenson and Aimee Carrero on the phone about their experiences in being a part of a phenomenal show. The acting, story narratives, and sense of community is truly what is at the heart of this series. The show’s Emmy-nominated cast has been a breath of fresh air for viewers who are just getting into the series. Showrunner Stevenson and She-Ra voice actor Carrero have talent that makes you want to know every aspect of their process.

Tic-tok! Time is running out to experience with fellow audiences what makes this show so amazing. But don’t worry, the ticking time bomb will explode and leave us with a final season that promises, in Stevenson’s own words, “to wrap up the story.” Season 4 left us in awe as we eagerly await the fate of Etheria and the princesses. In the fifth and final season, we will learn what Stevenson’s gift for writing has in store for audiences.

When you speak to both Stevenson and Carrero, they make you feel like your questions are the best ones they have ever heard, make you ask yourself why you are not more famous for your skills, and make you wonder why you’re not interviewing them more often. With their high energy, and enthusiasm for their craft, it is hard not to appreciate their talents.

The dulcet and energetic Carrero (who I will always associate her as the spunky sidekick, Sofia Rodriguez in Young and Hungry) shines in her role as the titular character She-Ra/Adora. While I think she has the voice range to play any role, it would not be the same if she was not the princess we have grown to love. Carrero wants you to believe she is She-Ra, and she is doing just that.

Carrero has this talent for making Adora/She-Ra feel like she is the best friend you go to when you are uncertain about a task at hand. During our phone call, she expressed to me the message behind She-Ra: “People might not believe in you or even think you are worth it, but She-Ra represents that part of us that can accomplish anything. She tells us that we are worth it, no matter what anyone has to say about it.” When she tells you that you are your own She-Ra, you want to believe her.

Stevenson is an expert storyteller, so when she talks about how to create characters, narrative arcs, and plots, I find myself nodding along, like she is teaching a master class. She has a way of speaking to that allows you to feel you can accomplish anything you wanted.

When I spoke to Stevenson on the phone about why she felt this was the right time to reboot the She-Ra series, she said, “A female lead story is important right now, and this is what we need to see. It’s not about brute force and strength, it’s about coming together and building communities. She-Ra represents that as a hero. She is uncomfortable with the idea of being a hero, but understands she needs to be the hero people need her to be.”

Both Carrero and Stevenson were in agreement as to who this show’s target audience is. While it is generally understood that it is for everyone, it will especially speak to those who are struggling with their identities. The main character is a hero but doesn’t know what it means to be one. She is trying to figure it out. But she is also making a lot of mistakes along the way. This speaks to anyone who is uncertain about their identity, their purpose, or even the choices they make. Many queer individuals struggle to understand themselves. It speaks volumes to have a principal character who also struggles with her identity and her place in life.

This show has a large backing from the gay community and with good reason. Stevenson said, “In a world that is 70% women, it’s only natural that you would see some lesbian relationships.” This is so remarkable that characters can be gay/lesbian/queer and it is seen as normal and as healthy as any other relationship.

She-Ra and the Princesses of Power are just a few heroes for many little girls out there who want to see themselves reflected in the media. While I am not a little girl, this character means a lot to my inner gay boy who loves She-Ra. It was a pleasure having the opportunity to interview both Noelle Stevenson and Aimee Carrero about such a fantastic series. As the final season is edging ever closer to its final days, we should not forget to say our goodbyes to a cultural phenomenon. Thank you for representing queer characters as normal and as loving as any other character.

‘She-Ra and the Princesses of Power’ Review: We Are Not Alone

Review: ‘She-Ra and the Princesses of Power’ Is Worthy of Your Time and My Personal Female Icon