It’s Saturday night in midtown Manhattan and it’s unusually warm on an October evening just a few weeks into Fall. Stitch bar is packed and filled with patrons ready to drink and indulge in the nightlife filled with Gods. The American Gods party hosted by Starz, Fremantle Media and Lionsgate featured stars from the cast including Shadow Moon played by Ricky Whittle, Mad Sweeney played by Pablo Schreiber and Bilquis played by Yetide Badaki.

I had the opportunity to sit down up close and personal with Yetide herself to discuss her character Bilquis and what we can expect to see in season 2.

Jamie Broadnax: Yetide please tell us a little bit about what we can expect in season two. Obviously, we can’t give spoilers but what can fans expect that’s going to be different from what we saw of you in season one.

Yetide Badaki: I don’t know if I can talk so much about what is different, but I can say that you’re going to continue to see the level of excellence, the level of attention to detail, the love and the passion that we had in season one. This is a group of fans making fan-fiction. Thankfully we get endorsed by Neil Gaiman himself to do so, even Brian and Michael talk about that all the time, about how they are writing fan-fiction. In that way, I may have subverted that question a little bit, but this is what I can say at the moment before they send the men in black after me. It’s going to be a great time, of course, you’re going to get to meet quite a few more new characters. We’ve only in the first season, only hit on a small fraction of the book. There is so much more of it that we get to explore.

Jamie: Season one we saw so many different aspects of your character and I wonder if there is a favorite moment from season one that you have as Bilquis?

Yetide: As Bilquis? There was a lot of fun things that I got to do that were interesting and new and different. I will say one of the most interesting moments to play with was looking into that restaurant, the Queen of Sheba. That moment of this queen looking back into her past was for an actor, a dream. There were so many emotions that were to be dealt with and there were so many layers that I personally felt quite a sense of fulfillment getting to do that. I’m not sure if enjoyable is the right word but fulfilling, that was a great scene to be able to play with.

Jamie: I know we kind of talked to you a little bit about this before on the Black Girl Nerds Podcast, but if there was any other god that you can play from American Gods, who would it be and why?

Yetide: Okay, you know what my answer is going to be. I always like to say I’d like to play Mr. Nancy, only to have Orlando play Bilquis so that we could do a trade-off. I think it would be a lot of fun, and I think Orlando would be up for it. He might give me a run for my money, actually.

Jamie: Have you talked to Orlando about this? Is he up for this?

Yetide: Oh, yes. I think he can see the Tumblr where he acts out the Bilquis emoji as he imagines it. I think he’s very qualified, it was a great audition. 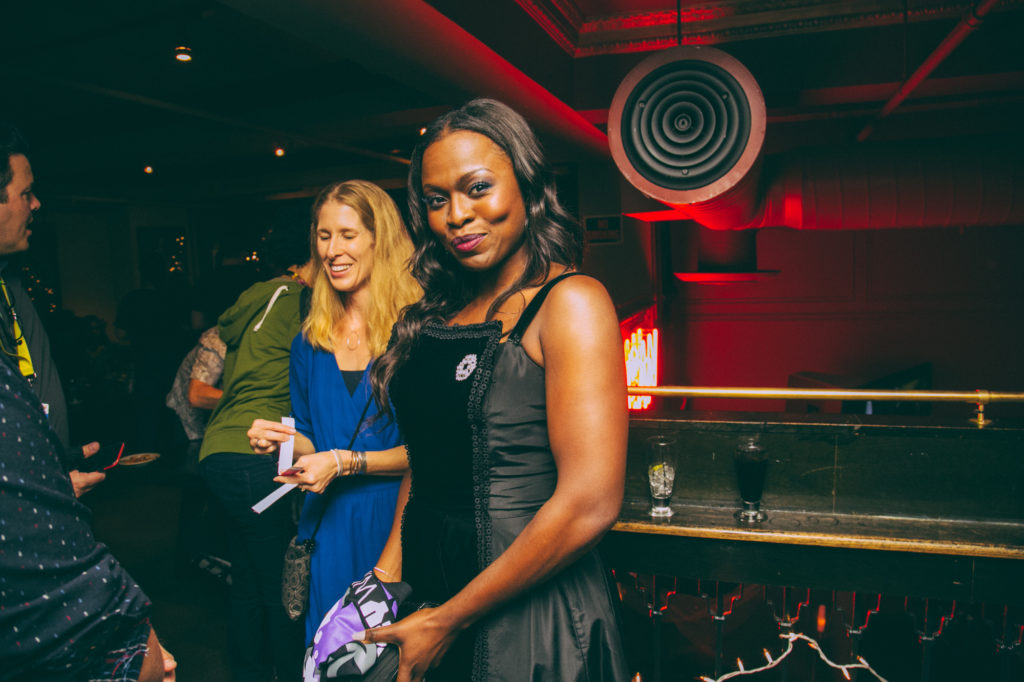 Jamie: There’s some really great costumes that Bilquis wears on this show, what was that experience like? Did you have any input at all in the process?

Yetide: Absolutely, and first off this is going to be a shout out to Suttirat Larlab who is an incredible costume designer. We were lucky enough to get her coming out of Waitress as she was doing costuming for Waitress, here in New York. She is one of the most intelligent, one of the most passionate, one of the most kind individuals I’ve ever met. She was actually one of the first people from production that I met because she made a request that she wanted to Skype with me because she said if we’re going to make a wardrobe fit for a goddess we need to start as early as possible and we need to do it together. So yes, we got to talk a little bit about the colors and the fabrics and the history behind them. This woman, she does so much research. You know, I’m a geek too so I get to research and then we get to geek out together, but when it comes to execution, that is all her and her team. They are brilliant. Suttirat Larlab, watch out for that name, I won’t be surprised if we see Oscar-nominated or Oscar winner behind her name very soon.

Jamie: Are there any aspects of Bilquis that matches your character at all? Do you guys have anything in common?

Yetide: I think I found more and more as time went on. I think it’s something that a lot of us women are dealing with, especially now at this time. Where I think we all knew that we were great beings at a time, and the world and external pressures began to make people question otherwise. You know, I kind of laugh when men approach and they say “I love your character, but I’m scared of you.” But then after the laughter, I go “Wait, there’s something there so what you’re saying is there’s a bit of awe in the original sense of the word.” This is awe I think that should be had for all women. We forget, we have universes within us. We are forces of power and creation. We forget that, and I say “Yes, maybe men should be seeing that awe for all women.”

Jamie: Excellent, thank you so much for talking to us.

Yetide: Thank you, you know it’s always a pleasure, I’m a big fan of you all. 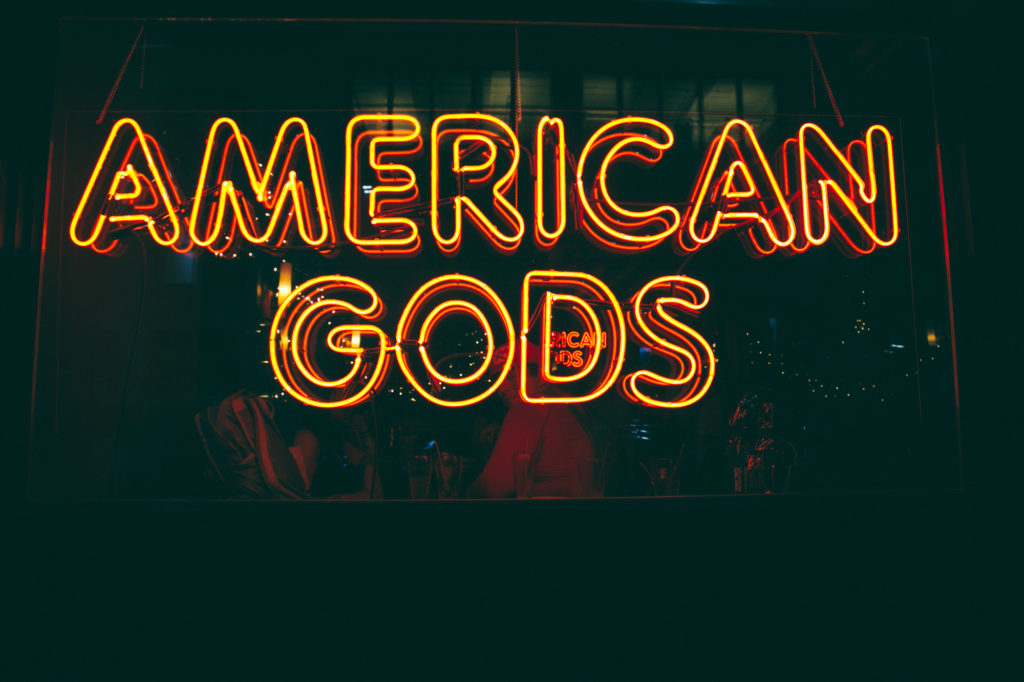 There is no release date yet set for season 2 of American Gods, you can currently see episodes of the first season on Starz. Season 1 Blu-ray and DVD are out now.