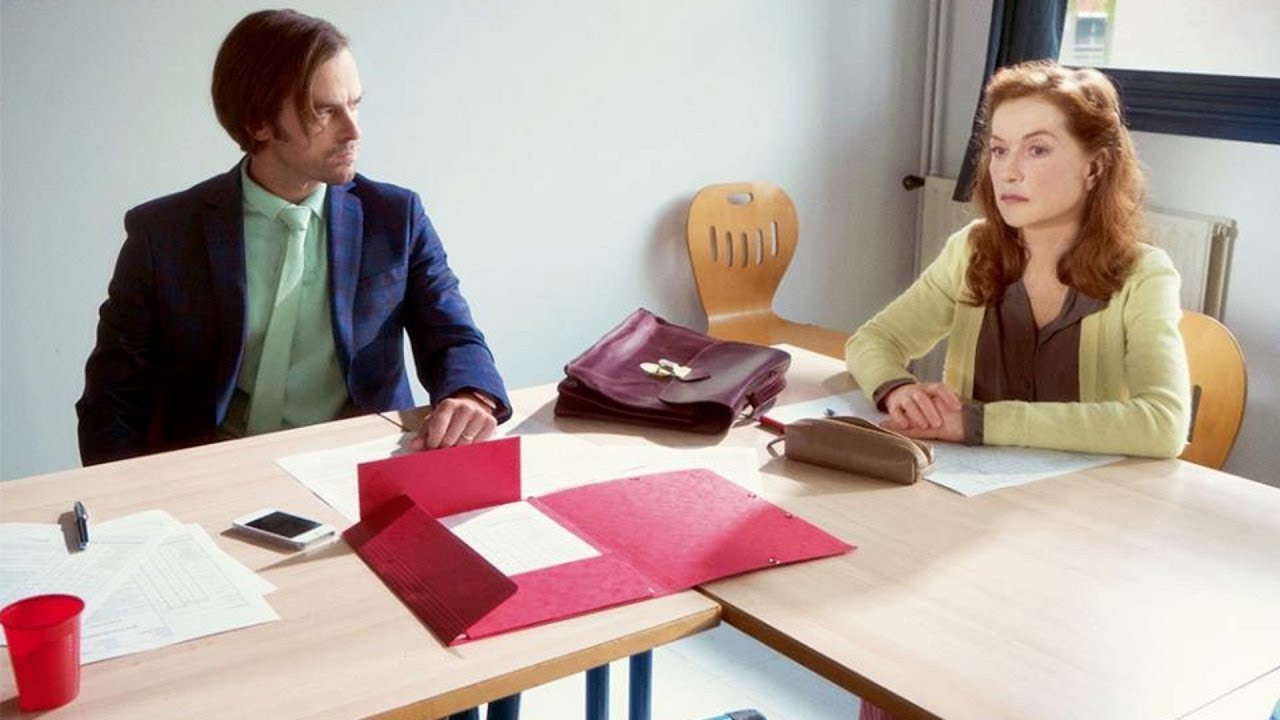 You could hear a pin drop — that’s how quiet it was after Madame Hyde ended. As the lights began to slowly brighten in the theater, I could see looks of disappointment and confusion on the faces of moviegoers. Initially, I found the concept of the film interesting, but not engaging. I made the mistake of hitting the interwebs to look for an explanation of the what it all meant and found one from director Serge Bozon. After reading his vision about Madame Hyde, I wish I left well enough alone. Directors often make things worse when they explain things. I can’t stand when simple ideas are further complicated by pretentious storytelling, and marketed as high art.

Mrs. Gequil (Isabella Huppert) is a public school physics teacher who can’t get any respect from her students or the school faculty. She spends her days bumbling about the halls, unsure how to engage the youth in learning all while trying to keep her sanity intact. Her husband, Pierre (Jose Garcia), spends his days cooking and playing the piano. He tries to be helpful and gives her advice to improve her relationship with her students. Unfortunately, his advice doesn’t work. At her wit’s end, Mrs. Gequil takes to her lab for solace in hopes of finding inspiration for future lesson plans. One stormy night while working in the lab, she walks in the middle of a piece of equipment and is struck in the chest by an electrical current and is knocked unconscious. When she awakes, she leaves the lab seemingly unscathed.

Over the course of the movie, the audience witnesses the aftermath of being struck by lightning. Her lesson plans become streamlined and students start to listen. A particular student who caused her trouble, Malik (Adda Senani), begins to understand her teaching. She also transforms into a sleepwalking member of the X-Men as her body turns to fire and she unintentionally burns everything she comes in contact with. I expected to see a more obvious connection between the source material (Strange Case of Dr. Jekyll and Mr. Hyde by Robert Louis Stevenson), and Serge Bozon’s script. The changes are subtle but make no sense, whatsoever.

Once you strip Madame Hyde of all the metaphor and symbolism bullcrap, it’s an average movie about school and how students are becoming more defiant and teachers are less in control of their lives and classrooms. While it’s a predictable story, it’s one that still has merit and should be told. Not all films follow the hero’s journey or have a linear plot, but those types of films have to be done well. However, Bozon executes the story like a Bjork music video where things are happening and none of it makes sense.

Isabella Huppert tries to breathe life into the scenery, but her strengths as an actress are downplayed because, again, her character is poorly written. Why hire Huppert only to take her talent for granted? Another glaring issue is the editing. It’s so erratic, it’s difficult to concentrate as it cuts from scene to scene happen smack in the middle of dialogue, which is awkward and left the whole thing feeling incomplete. That’s unfortunate because the campy script does provide some laughs and would have given more if the characters were developed further. Maybe they were underdeveloped on purpose so the audience can fill in the blanks? I wouldn’t mind doing that if I cared enough about the movie.

I’m not sure why the film references Jekyll and Hyde as it has no place within this narrative. I get the message it wants to convey, but it’s too much of a weighty task to sit through it all.  It’s not the worst movie of the year, but it’s not one I can’t recommend to others without a disclaimer that you’re probably wasting your time. There is a good story in there, but it needs to be reworked before the release date.

NYFF’ 17 Review: ‘The Rape of Recy Taylor’ Is A Tough Watch