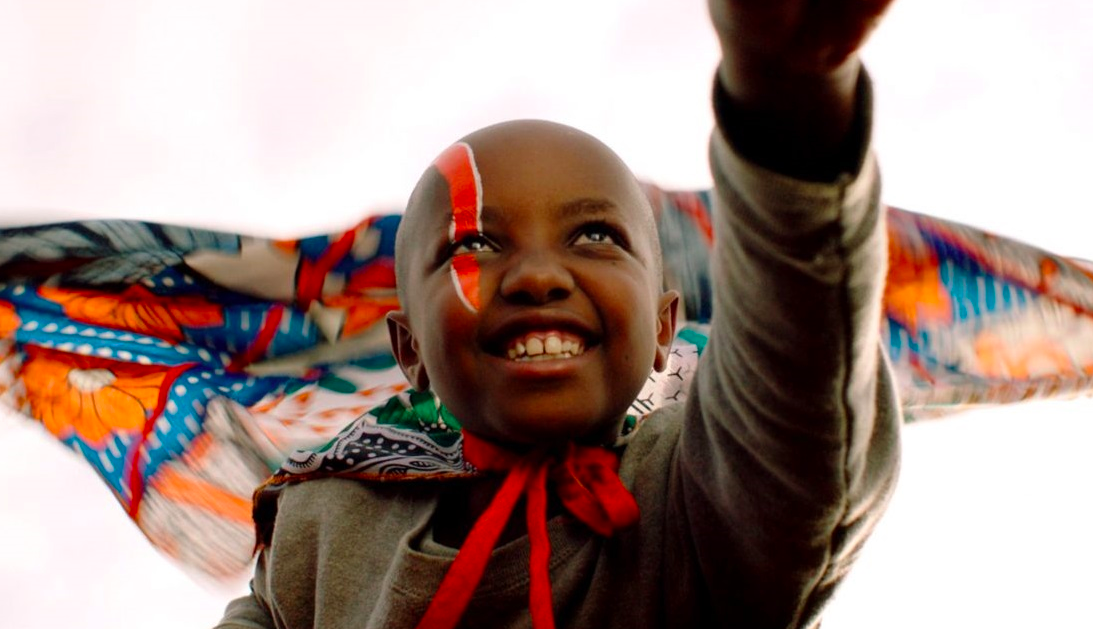 Likarion Wainaina’s Supa Modo is a brilliant, beautifully written film that centers around Jo, a playful and vibrant young girl who has been diagnosed with a terminal illness. Though a child, Jo truly knows what it means to live until you take your last breath, in this film viewers are gifted with the opportunities to witness the heartfelt choices that parents and loved ones close to those who are dying are forced to make. Set against Kenya’s luscious and vibrant landscapes, Supa Modo tells the story of a girl named Jo (Stycie Waweru) who may be oppressed in her physical body with pain and sickness, but who chooses to believe in the possibility of being a superheroine. In the midst of her physical ailments, Jo is still a dreamer and a believer. She is a child with a beautiful mind who yearns to fly. Jo loves to watch superhero action films where the superhero comes to save the day.

A Sister Who Is More Than An Ally

When Jo is finally brought home from the hospital, it is her big sister Mwix (Nyawara Ndambia) who is closer than an ally. Mwix watches her little sister with a delicate and discerning eye. She understands that it is important for her little sister to laugh, play and engage with others as opposed to having her sit up in the house and meditate on being ill. It is Mwix, who begins to silently rally the entire community behind Jo to support in making her wildest fun, fantasies come to pass. Mwix personifies what it means to be selfless for the sake of someone else’s peace. In one scene, Mwix feigns not being able to open a jar at the table, because she wants Jo to use her ‘superpowers’ to open the jar. In another instance, she encourages Jo to telepathically move the salt along the table. It is Mwix, Jo’s loving, nurturing and sensitive big sister who is by Jo’s side every step of the way. From telling stories to her at night to encouraging her to eat candy, play football and have fun. She continually encourages Jo to take risks. Mwix is a sister that is closer than an ally. It was heartwarming to hear her tell her little sister at just the right moments, “I am going to need your superpowers”. 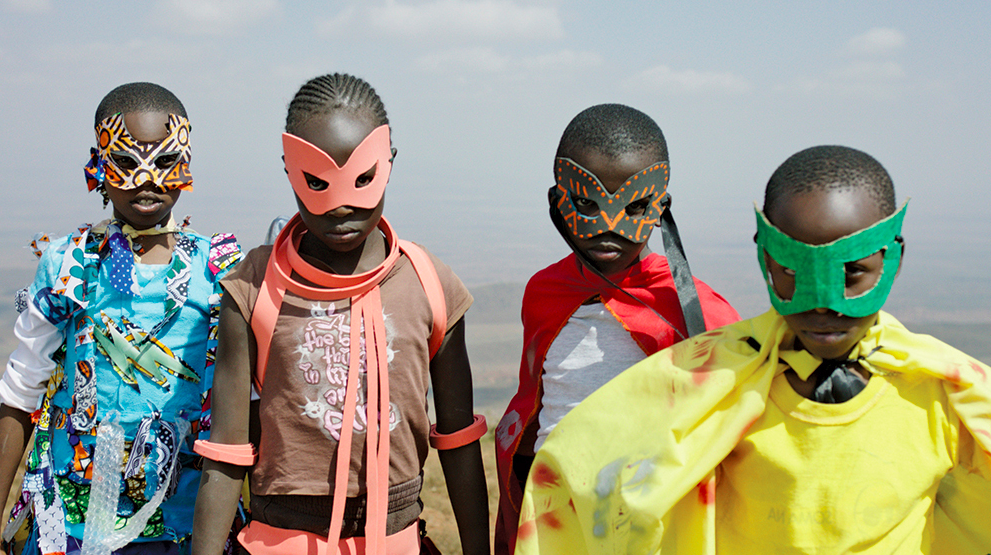 Jo’s mother, Kathryn (Marianne Nungo), is a God-fearing woman who is faithful and committed to what she believes. She loves her young daughter and has even paid for her to get the best help. Yet through Kathryn, we witness the silent struggle between faith and when reality sets in. In her blinding love for her child, she does not understand that in her genuine desire to ‘protect’ her daughter, that she is, in fact, oppressing her. By having Jo stay in the house, “under three blankets” and trying to her best to shield her from the worst her mom is actually blocking Jo from living her best life while she can. It would be all too easy to say that Jo’s mom is undiscerning. Jo mom is a midwife. Midwifery is not a profession that attracts those who are disconnected from humanity. Midwives cradle life, usher it into the world and as a generalization, most midwives have a heightened sense of what it means to nurture. Jo’s mom knows what it is to consistently assist in bringing life into this world, yet she is simultaneously coming to terms with the reality that the life that is most precious to her may be leaving this world. The character of Kathryn has the most interesting arc in this film. Initially, we see her afraid and prematurely grieving, and as a result, holding on so tight to her young daughter. By the end of the film, viewers witness her letting go, letting her daughter live, and finally facilitating in helping Jo’s final wish come true.

Under the direction of Wainaina, we get to witness one of the richest and cultural legacies of the continent of Africa: the spirit of unity, community and coming together. There is a saying, “It takes a village to raise a child,” and there is no doubt in my mind that this proverb came from the continent of Africa. In Maweni, the way that the community rallies around Jo, her mother, and her sister are truly a testament. The community comes together to raise more money for the family. They come together to make the family smile. In one powerful scene, there is weeping coming from the window of Jo’s house. The community slowly comes to the window and they weep together as a community. This scene was absolutely lovely. 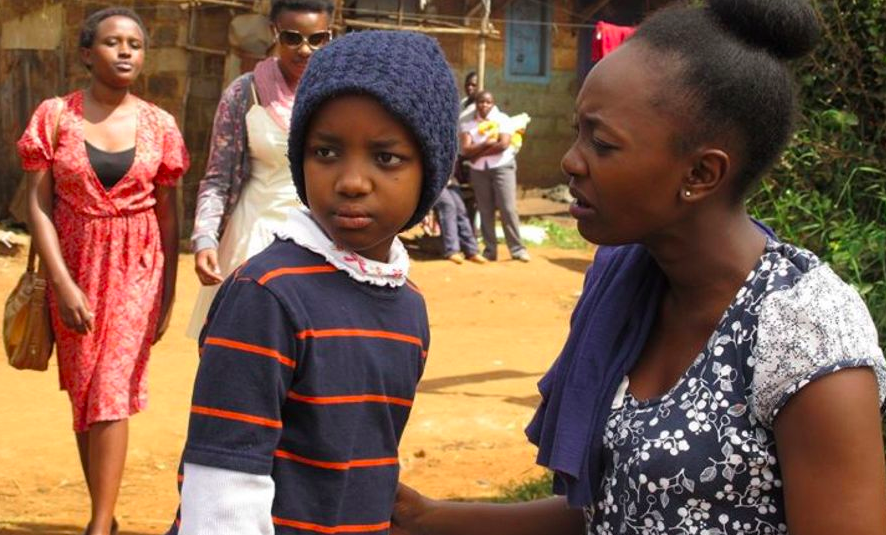 The set locations, cinematography and Earthy aesthetic of this film make for stunning visuals. The film’s cinematographer, Enos Olik brilliantly balances the natural, simple earthy elements of the land with high-stakes aerial shots that beautifully capture the natural beauty of the set locations. Whenever Jo escapes in her mind and fantasizes about the possibility of flying and breaking free, she runs deep into a lush forest and the greenery all around is just so vibrant with rich shades of green. There, in the center of the forest, there is silence, peace, and freedom. These scenes truly depict Jo’s need to be a super-heroine, and her inner desire to seek refuge and break free from the physical limitations of her body. It is here in this sacred place that we see the innocence, the yearning to soar and fly above the illness that is slowly overtaking her body.

Supa Modo is a touching film that will leave viewers with a greater appreciation for the very things that we often take for granted, our health and the gift of life. Supa Modo is a must see for all ages, but it will definitely hit home with kids ages 7-13.

Supa Modo is currently running at the New York International Children’s Film festival. Tickets to see Supa Modo can be found here, and there will also be a Q & A with the director Likarion Wainaina on Saturday, March 9th at 11 am.