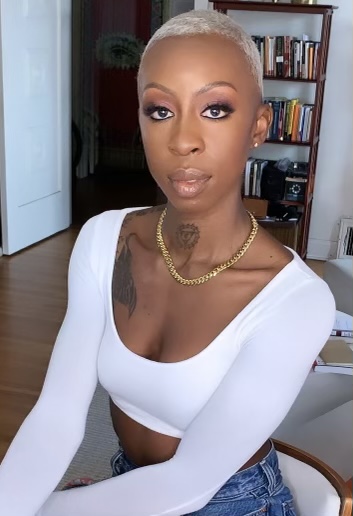 Last year, the documentary Invisible Portraits by writer, producer and director Oge Egbuonu premiered amidst the new wave of Black Lives Matter protests with a strong call for the protection of Black women.

This year, following Black History Month and adding to Women’s History Month, Egbuonu’s powerful film has been picked up by the multi-talented and iconic Oprah Winfrey and her team at OWN.

The film’s premiere on OWN will not only reach a wider audience, it will also highlight how important it is for the stories of Black women to be told on a larger stage.

At the heart and soul of this documentary lies a deep love and passion for Black women and their exceptional contributions to the world. The film will be premiering at the start of Women’s History Month and will have an encore airing on Saturday, March 9, in commemoration of the one-year anniversary of Breonna Taylor’s murder.

BGN was able to catch up with Egbuonu and discuss the importance of Invisible Portraits being acquired by the OWN Network, how it inspires Black filmmakers, and what non-Black people can take away for its message.

What was your first reaction when you found out Oprah wanted to acquire the rights for Invisible Portraits?

Well, it felt surreal because Oprah is someone who I’ve looked up to my entire life. Oprah was the first Black woman I saw on TV who felt life affirming, who I saw myself in. So, to be able to work with her on only my first directorial debut and to partner with her for a film that’s about Black women felt very special.

Even to this moment, it still feels so unreal to me sometimes. But I couldn’t think of a better person or better studio to partner with than the OWN network.

How does it feel to have Invisible Portraits arriving just in time for Women’s History Month?

It feels special. Being able to create something that speaks to the Black woman’s experience in America has also been something that I could not have imagined. If you told me five years ago or if I had to tell the younger version of Oge that I would create a documentary that would speak to the Black woman’s experience, or rather, serve as an entry point, I would have never believed you.

So, to be in a position now to not only have created a documentary that can serve as an entry point to a Black woman’s experience — because we’re not a monolith, right? There’s so many more other aspects that need to be told. But to create something that serves as an entry point and in partnership with the Oprah Winfrey Network, with ABC of Women’s History Month, is nothing short of divine timing, I would say.

What is your advice to other Black women filmmakers trying to create films that authentically tell our stories?

My advice is to continue to tell stories. I think it’s important that we continue to persevere and cultivate a basis to tell those stories. Tell them even if you’re afraid. I was so afraid in making Invisible Portraits that I didn’t think that I would be quick enough to tell the story right. But luckily for me, I had a community of people around me who lifted me up and supported me. It reminded me of who I was in the process of making it.

So, I would say to do it afraid. These stories need us to tell them, they need our voices, they need us to be a vessel. I just hope that they continue to persevere and find community, because no one can go it alone, right? Community is so, so very important. That would be the advice that I would give.

What do you want non-Black people to take away from this film?

What are you planning to work on next?

I mean, there’s so much that I’m thinking about working on next, including a book. I’m also thinking and working on other projects, commercial branded content and another documentary. So, a lot of research is happening right now.

Is there anything else that you wanted to share?

My only thing is that I think that narrative control is very important. It reminds me of this quote in which Toni Morrison talks about how definitions are for the definer, not the defined. So, when you start to see these stories or these films that are often depicting Black folks in very dehumanizing forms, that’s not for us to take on, that’s not who we are. So for me, I just really hope that more Black folks and more by BIPOC folks, and more folks in the disability community are able to be positioned where they’re able to tell their stories so they’re able to tell their narratives and where they’re able to change the narrative. Hopefully they’ll be able to change the narrative and to cultivate stories that are true reflections of who we are, cultivating stories that stop dehumanizing us.

Invisible Portraits is available for OWN subscribers through the OWN app.