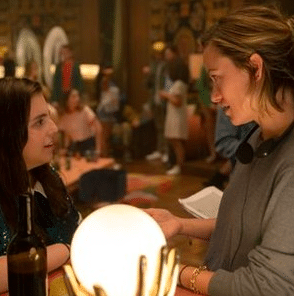 During the set visit for Booksmart, Olivia Wilde chats about her latest gal-pal comedy.

In mid-June, I had the privilege of speaking with none other than the glamorous, Olivia Wilde. She comes out after a long fourteen-hour shift wearing stylish white overalls, which reminds us all that we need to buy a pair for our wardrobe. Her long hours are spent perfecting her new comedy, Booksmart. Wilde was in the middle of wrapping up her final shoot when she spoke briefly to me about a few things concerning the film. In true directorial fashion, Wilde had a lot to say about the movie, her actors and characters, and how to navigate your way through this sophisticated life of Hollywood. 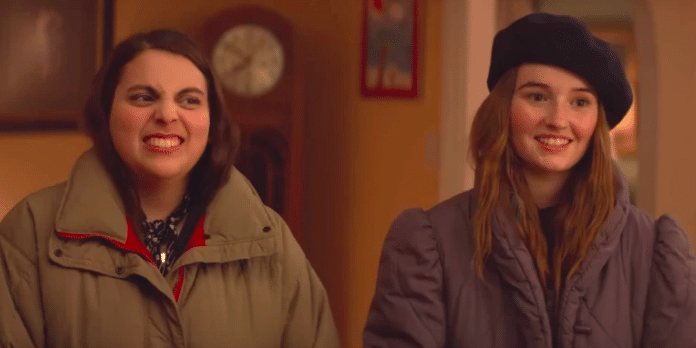 Before a question is even asked, Wilde anticipates and delivers exactly what will be asked and posits an answer one would expect from such a brilliant person.

Wilde: There are so many good people in this cast. We want every single person to have their moment on camera. We want our girls to have their time on camera as much as possible!

Can you tell me what made you want to direct this? What about the script did it for you?

Wilde: Yeah, this script was for me, the movie I have been waiting to watch. It was a story about female friendship that I connected with very personally. It was important to me to tell a story about seeing people and feeling seen. Getting rid of judgment and encouraging everyone to consider how we judge people so quickly and whether or not we do so fairly. But mostly to tell a story on female friendship that focuses on how intimate these friendships are, often as the most intimate relationship of our lives at that age. It typically involves a necessary breakup at a certain point because you have to grow and evolve and that can be really traumatizing.

It is certainly not specifically a female story, you know, it is a story that is relatable in all ways to people of all ages which has been great! All the guys on our crew feel really connected to this story, as well as all the women, of course. I wanted to tell an authentic story about female friendship and to create a buddy comedy about young women that I do not think I have seen before.

What was it like directing Jason Sudeikis, Lisa Kudrow, and Will Forte?

Wilde: Great!  Tomorrow is his (Jason) big scene.  Directing Jason is like driving a Ferrari. He does all the work on his own. You just have to point him in the right direction.

I had never met Lisa before, but now I would like to consider her a friend. She is incredible! It was super interesting talking to her about everything from writing, comedy, women in film, and biology. She is brilliant. That was amazing! It was a huge honor for me, and everyone on set. The moment she was traveling to set for the first time, everyone on set got really palm sweaty and quiet, it was really cute.

Forte is a really good friend of mine, and he is awesome and so unselfconscious, funny, and available, and sweet. They have added a lot of heart and comedy to the film.

We had a couple of buddies in the film like Michael Patrick O’Brien who plays pizza pat, pizza delivery guy. He was incredible. It has been really fun to throw in a couple of cameos that are unexpected.

Everyone has been saying how much they look up to you, both the girls and the guys. Can you talk a little about the kind of example you are trying to set for them?

Wilde: I think this is twofold. I think that as a director I have tried to create a set that is just a really fertile environment to encourages the most creative and to allow people to feel safe and relaxed enough to come up with their best ideas. That is for the actors and the crew. I have never understood why movie sets so often fall under this really stressful place because that just strangles creativity.

I think having been an actor for a long time I can empathize with them. I can help them through with moments that are sometimes frustrating as actors. This can include things like their eye line or work under stressful circumstances.

We made this movie in a very short amount of time. The actors had to be extraordinarily prepared. Working under the gun, the other day we were shooting the end of the film the closeup of the two main actresses which will end the film, we were chasing the light because the sun was going down, and we were like, “EVERYBODY MOVE!” and it was total mayhem, but they were so present and well prepared, and I was in awe with them. They were really able to bring that to me. Without their level of professionalism, I would not have been able to pull this off.

The vibe of the set starts at the top, but even when things are stressful, I try to stay calm. I do think there is a chill vibe that permeates on this set. 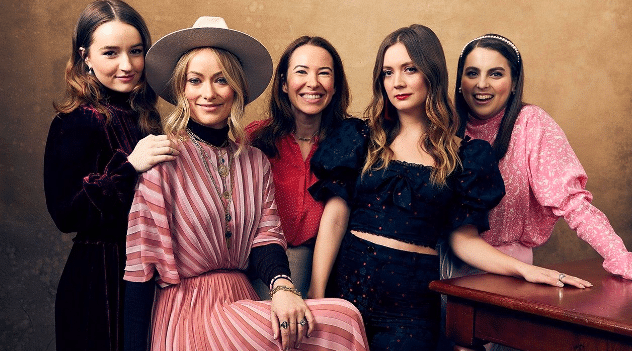 Can you tell us about the careers that will be launched by this film?

I am excited about how many careers I think are launching here on this set. When I think of Diana Silvers, who as far as I am concerned, is the next Julia Roberts. She is twenty years old, she is at the beginning of this extraordinary journey and its really fun for me to be able to give her bits and pieces of advice.

Austin Crute who I firmly believe will be a massive star as well.

Noah Galvin who has already achieved success. He is on his way, but I also love that we got to have him at this awesome beginning stage. This goes for a lot of our cast.

So, if anything I want to say, stay humble and stay hungry. Treat people well, because this business is based on relationships, and taking care of one another. In the end, we are a bunch of gypsies telling stories and it is really about maintaining that sense of humility that only leads to better work.

Of course, Wilde’s film can only be on top for so long, before it is pushed aside by another great comedic film, that is no reason not to rejoice! I can see her directing another great film that is received as great as this one. Booksmart releases nationwide May 24th.