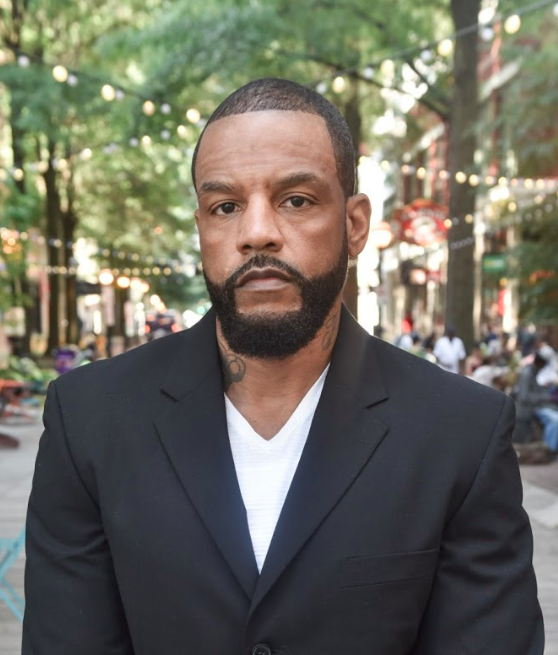 BGN had a lively Zoom conversation with Atlanta-based producer, actor, author, podcast host, businessman, entrepreneur, and first-time director Mann Robinson. With over 15 years of experience in the film industry, Robinson has diligently worked creating content that has gone viral during the pandemic. His most recent film, Troubled Waters, is streaming on BET+. We spoke about filmmaking during this unprecedented pandemic.

What’s the impact of streaming on opportunities for Black filmmakers?

The pandemic really opened things up. Having to close movie theaters and strip big productions, it kinda pushed us to the forefront. Luckily, we had content that was ready to go out right away. So being in that position, spending all those years targeting theaters, being ready and with content, I’m just blessed to be in a position where I can utilize and take advantage of it now.

Best advice for Black filmmakers who are self-producing right now?

When you get that nervous bone in your body that says, “Man, this is too much,” or “I can’t afford this,” or “The pandemic is making me do this” — just don’t stop. No matter what.

What’s it like shooting with all of the COVID19 protocols?

Safe. We follow protocol. It’s a pain, but it’s set up to protect everybody. The “regulators” sometimes forget that you need to be protected, too. They’re very strict. It’s safe; it’s just a lot of rules. We can’t break ’em.

How are you keeping your mental state balanced and yourself cared for during this time?

To be honest with you, people who look like me, we’ve been through stuff way worse than this. Now’s just another stage. There’s no elevating security with me. It’s the same thing I’ve been dealing with before, just in a different form. The virus is the “different form” now.

You can’t get to your level without a stable support system. Is there anything that sticks out that you’re doing to keep yourself grounded so you can rise?

I understand the question and I would have to answer it like this: I began my sobriety 10 years ago. My sobriety is what keeps me grounded no matter what the situation may be. Keeping a level head and a focused mind is always healthiest. That’s how health starts — a healthy mind and a healthy train of thought.

And you have a loving community to support you?

Yeah. Anything toxic doesn’t exist. And if it exists for a minute, I try to figure out a way to let it leave on its own. Making that toxic situation uncomfortable on its own. So we keep that energy away from us.

What projects are you excited about right now?

Back in December on BET+ we released our film Troubled Waters with Harry Lennox, Robert Patrick, Gina Ross and Rick Fox. It’s streaming now. We started production on a horror film, Sebastian, that will be out in October, and then we shot Super Turnt during the pandemic. That will be out this summer.

Turnt (the first film) was really successful last year. Were you expecting that?

When we first do projects, especially when you have a lot of people around you who love and support you, the initial thought is yeah, you’re going to do $10 million in movie theaters and kill it. But reality is different. I felt something about Turnt. So, after all those years, when it finally got released, it was like, I remember just turning on… I forget what streaming service it was on at first, but just setting it up, not even looking at the movie, just looking at it in the categories for a long time. It was a good feeling.

What are you most proud of these days?

Seeing stuff through and being ready for it. I’m proud that even though I was terrified of not being ready, I was ready. I’m glad that we did the work all those years. Does that make sense?

Totally. What brings you joy?

I’m not just making a career for myself. The film game is a game you can get in no matter what you do for a living. If you’re a barber, a stylist, you can get into the film game and do pretty well if you’re looking for a way to pay your bills.

Your book A Look into: Black Independent Filmmaking is now available. What’s your favorite filmmaking tip?

It’s the last one. Everything is fake.

Wait a second, though! Everything is fake? But isn’t great acting truth?

No, it’s not; it’s all fake. If you go in there and you get too serious then you’re going to stress yourself out. But if you know that you can take a tree branch and step back and cut the bottom off and make the audience think it’s a real tree, it’s okay you can do that because that’s what filmmaking is. It’s fake. You don’t have to go and buy a real tree and plant it in the ground and all that.

But that’s from the production side. From the acting side of it’s about the truth of the moment in the given circumstances that make other people believe…

The title is acting, but you can’t “act.” Don’t act. Make it seem like it’s real.

Which pushes the fact that it’s fake. [Laughs.] Cause you making it seem real, cause it’s all fake. If you go into it like that as a filmmaker, a director or producer or whatever, you will love your job forever.

On the production side, yes. But on the acting side, you have to have truth.

You have to have truth but it’s not your truth. It’s still fake. Acting is the biggest lie in the world. You’re just telling a lie the whole time. Your job is not to convince the audience that you’re that person; you’re supposed to convince them that the situation is real. The perception of it, you’re right, the audience is supposed to feel that what they’re seeing is real.

And if you get caught up in the fakery, you have to know that’s fake.

Right. And you don’t stress out because you just created a fake world that looks real. That’s my favorite tip. That’s why it’s the last one.You have to go through like 60 or 70 different tools through the book, and it’s all the colors and the temperature and all the technical stuff I teach, and at the very end I say, “And don’t worry…because it’s all fake anyway.” As long as you know that everything you’re creating is fake, you won’t stress out. You’ll be all right. You know, I have to be me. This is how I look at it, and this is why I’m where I’m at.