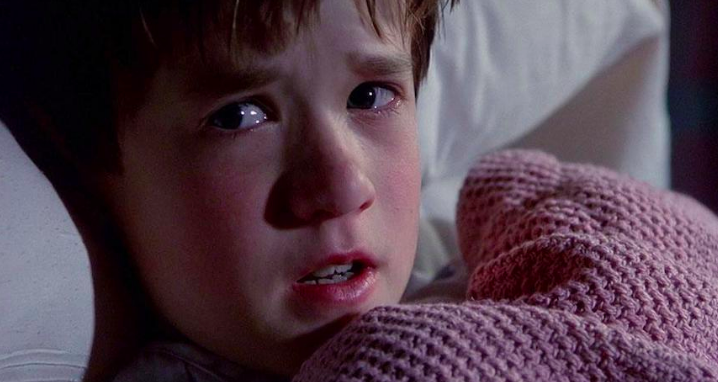 This year 16-year-old environmental activist Greta Thunberg became the youngest Person of the Year in TIME Magazine’s history, a testament to her unflinching work trying to get grown-ups to repair the damage they’ve caused and preserve a healthy Earth for future generations.

Mari Copeny, also known as Little Miss Flint, has not stopped highlighting the water crisis in her city that persists even though it would only cost $55 million to fix it. (For comparison, Avengers Endgame cost $356 million to make and nobody’s lives were actually at stake there in spite of how real the characters’ fates felt.) The Parkland survivors continue their advocacy for better gun control protections especially as school shootings remain the norm in the wake of the one that tragically took 17 of their classmates and 2 more by suicide in the aftermath. Malala Yousafzai was the youngest winner of the Nobel Peace Prize for her work promoting global literacy for girls.

It’s a rare moment in history where so many youngsters, some of them still children themselves like Little Miss Flint, are taking the lead in solving a variety of social justice issues, and they are taken (mostly) seriously by adults who share their values and goals.

But 21 years ago when The Sixth Sense first hit cinemas, we didn’t have such a plethora of young people making news for their forward-thinking and their abilities to envision a humane and just world that some adults have long given up on. In M. Night Shyamalan’s stunning directorial debut in 1999, we meet Cole Sear (Haley Joel Osment), a 10- or 11-year-old boy with an amazing and horrifying gift: He sees dead people.

Not only is this talent terrifying on profound levels, and extra much when handed to such a small child, it also isolates Cole from his struggling single mother Lynn (Toni Collette) who just wants a normal life. This conflict forces Cole to make some tough decisions that even a grown-up would struggle with as he navigates around all the ghosts trapped in psychic limbo who need his help. One day, Cole meets Malcolm Crowe (Bruce Willis), a child psychiatrist who is still grappling with the breakdown and suicide of one of his patients Vincent Grey, played by an unrecognizable Donnie Wahlberg in the performance of his acting career. Malcolm takes pity on the troubled Cole and decides to humor what Malcolm is sure are delusions, a personality disorder, or worse: paranoid schizophrenia. But in the twist that shocked audiences and has become a pop-culture moment all of its own, it turns out Vincent had turned his gun on Malcolm before killing himself. Malcolm was a ghost the whole time and hadn’t accepted his death yet. It was actually Cole who was humoring Malcolm until he was ready to face his violent end. Sweet boy.

But Malcolm isn’t the only person Cole actively helps even though the burdens of what Cole sees on a daily basis are too much for anyone to bear, let alone such a small boy. Cole listens to the ghost of a young dead girl Kyra Collins (Mischa Barton) who had been slowly poisoned by her own stepmother and helps her stop the same from happening to her younger sister. He also helps his own mother process her unresolved grief surrounding her own emotionally unavailable mother that allows Lynn to finally have a small moment of intergenerational peace. It also gives Lynn proof that her son is truly extraordinary and better equips her to guide him through what will be a tricky future.

Once Cole embraces his power instead of being afraid of it or hiding from it, aspects of his personal world begin to shift, like no longer getting bullied at school and his coming out of his shell to make friends who aren’t in the spirit realm. This by itself is a message that makes The Sixth Sense timeless: we can’t be healthy or happy until we accept who we are, even if our gifts make other people uncomfortable or scared.

Children are remarkable creatures, and their competence cannot be overstated. It remains for adults to decide to actually listen to them and see value in what their perspective can bring not just to their families, but to the world at large, both seen and unseen. Greta Thunberg’s career as environmental activists began with one small protest where she was the only student in her school who walked out to send a vital message about climate change and everyone’s future, not just hers. Today, climate change protests that invoke her name number millions of attendees from all around the world, not just her native Sweden.

For over 20 years The Sixth Sense hasn’t only been scaring us while making us wonder what might be around us that we can’t see. The film hasn’t only just attempted to explain what could happen to a person’s spirit or soul after meeting a violent end as well as the long-term repercussions of trauma. The Sixth Sense has most importantly been reminding us of how powerful children can be as forces of knowledge, awareness, and healing, if only adults would actually listen to them.