Pet Sematary’s journey from Stephen King’s mind to book to screen was as arduous as Louis Creed and Jud Crandall’s walk through the deadfall into the burial ground where things don’t stay dead for long.

After King wrote the novel, he was so scared by what he had written he hid the book away in a drawer for years. When he finally decided to publish it, the novel came with a caveat on the cover that King had terrified himself with the story, a sly bit of marketing that only increased sales. Stephen King’s screenplay was perfect, but the subject matter deemed too dark for studio audiences until a writer’s strike at Paramount Studios, forced them to return to scripts in the vault that would require no re-writing. And having the upper hand with his story’s rights, Stephen King chose music video director Mary Lambert to helm the film adaptation of Pet Sematary, which hit theatres in April of 1989. 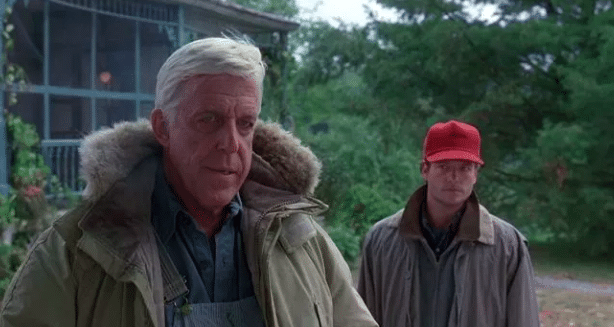 The Creeds — Louis (Dale Midkiff), Rachel (Denise Crosby), Ellie (Blaze and Beau Berdahl), and Gage (Miko Hughes) — have just bought a new house in Ludlow, Maine where Louis will be a new resident surgeon at the nearby hospital. The house is huge, gorgeous, and filled with light. But it is right on Route 15, a popular highway for truckers hauling their wares at full speed. Within just moments of having arrived at their new home, baby Gage runs into the road and almost gets hit, saved at the last minute by their new neighbor Jud Crandall (Fred Gwynne). This moment was borrowed directly from Stephen King’s life when he was similarly living on Route 15 with his wife and small children as writer-in-residence at University of Maine Orono.

Also borrowed from King’s own experiences is the so-called Pet Sematary in the woods behind the Creed house, a space where all the local kids would bury their pets after they fell victim to the enormous trucks rattling through town. In Pet Sematary, Rachel Creed finds the cemetery morbid and grotesque. Jud Crandall sees it differently when he says in his gravelly Maine accent, “They have to learn about death somehow, don’t they, Mrs. Creed?” 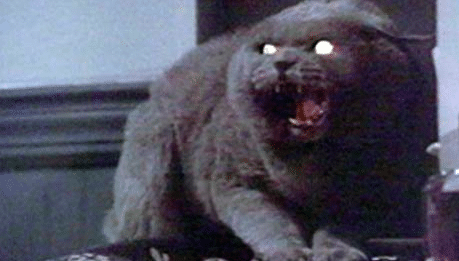 Gage escapes this terrible fate at first. But the family cat Church (played by nine different felines all with different skill sets — no CGI here) is not so lucky. Louis’ family is away when Church is killed, and Jud decides to let him in on a secret. Beyond the Pet Sematary, is an ancient Mi’kmaq burial ground with the power to resurrect the dead. The only problem is, the dead don’t come back the same, a fact Louis quickly learns when Church is clearly not himself anymore. But still, after the horrific accident that takes Gage’s life, Louis visits the burial ground yet again, making increasingly poor decisions that jeopardize the safety not just of his family, but the town beyond.

While Pet Sematary is indeed a horror movie, it’s easy to forget that it is equal parts, a family drama. Rachel Creed is still suffering from the trauma of her sister Zelda’s (Andrew Hubatsek) illness and death during her childhood. And the stress of the move from Chicago to rural Maine has brought up Rachel’s old traumas as she tries to adjust.

Pet Sematary quickly becomes a testament to the power of the female gaze on screen, as well as Mary Lambert’s considerable skills as a director. None of the gore is exploitative, and even the death of a child is handled with empathy and respect. “The soil of a man’s heart is stonier,” Jud says about the secrets men keep. I love how this challenges the gender stereotypes about secrets and lies, and who has the proclivity toward them. 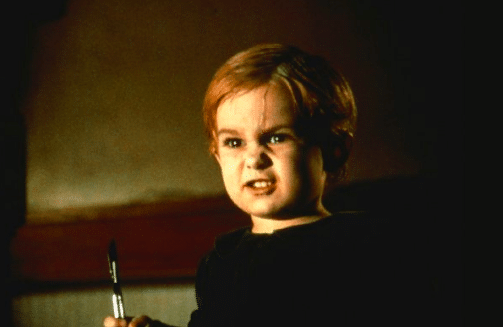 Unlike 2019’s adaptation, the original Pet Sematary was filmed on location in and around Ellsworth, Maine, which adds so much authenticity to this terrifying and heartbreaking tale of loss and trauma. Also different from this year’s remake is how 1989’s Pet Sematary was filmed using exclusively practical effects even for its most grotesque imagery. The artistry that went into these make-up and set effects is another aspect of this film that holds its ground all these three decades later. What a difference it makes to film at night on location, rather than on a soundstage or elsewhere.

Also remarkable in Pet Sematary is its frank discussions about death and every potential of what might happen afterward. Is there a heaven? Or nothing? Are we reincarnated? In this regard, Pet Sematary was ahead of its time in broaching these difficult notions. Moreover, tackling the still-taboo death of a young child in such a sensitive way continues to be ahead of its time. These days the deaths of children are used as lazy creativity to ramp up stakes quickly (I’m looking at you, A Quiet Place and Hereditary). Gage’s death couldn’t be further from these other unprincipled examples. Pet Sematary is unlike every other zombie story ever told, and this too is what’s gifted it with 30 years of fandom. 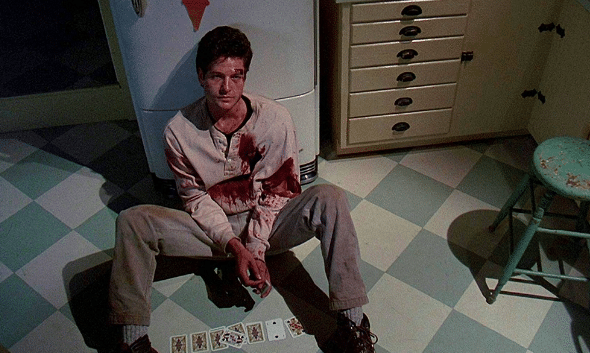 At its disturbing core, Pet Sematary is a film about family, loss, and trauma, as well as how grief can lead us down the darkest of roads if we don’t address it actively and seriously. There are so many levels of trauma to unpack here, from Rachel’s childhood to the cross-country relocation, and of course the actual deaths of Church and Gage leading up to the film’s horrific conclusion. The fact that the family lives next door to a cemetery where local children go to grieve is a perfect backdrop and metaphor for a profound story about surviving trauma, or not.

“Sometimes dead is better,” Jud says to Louis when recounting the story of Timmy Baterman (Peter Stader) who didn’t make it home alive from World War II and came back bad from that burial ground. I also read this as a metaphor for addiction. How the inability to deal with pain leads people to find external and brief ways to relieve it rather than accept and heal it.

But maybe more importantly than all of these powerful themes is that of the dangers of cultural appropriation and the ghosts of colonization and genocide. The Mi’kmaq people have been virtually erased from Maine and New England through violent colonial processes. Their burial ground remains, but it is not for white folks. Every white person who sells a piece of their soul to bury someone up there is a moment of revenge and spiritual reparations for all that was stolen from the local Indigenous populations. The abominations that emerge from the Mi’kmaq burial ground as white people misuse it are greater punishments for America’s history of settler-colonist violence. As we talk about reparations today in the lead-up to the 2020 US elections, it is this particular aspect that makes Stephen King and Mary Lambert’s Pet Sematary all the more relevant.