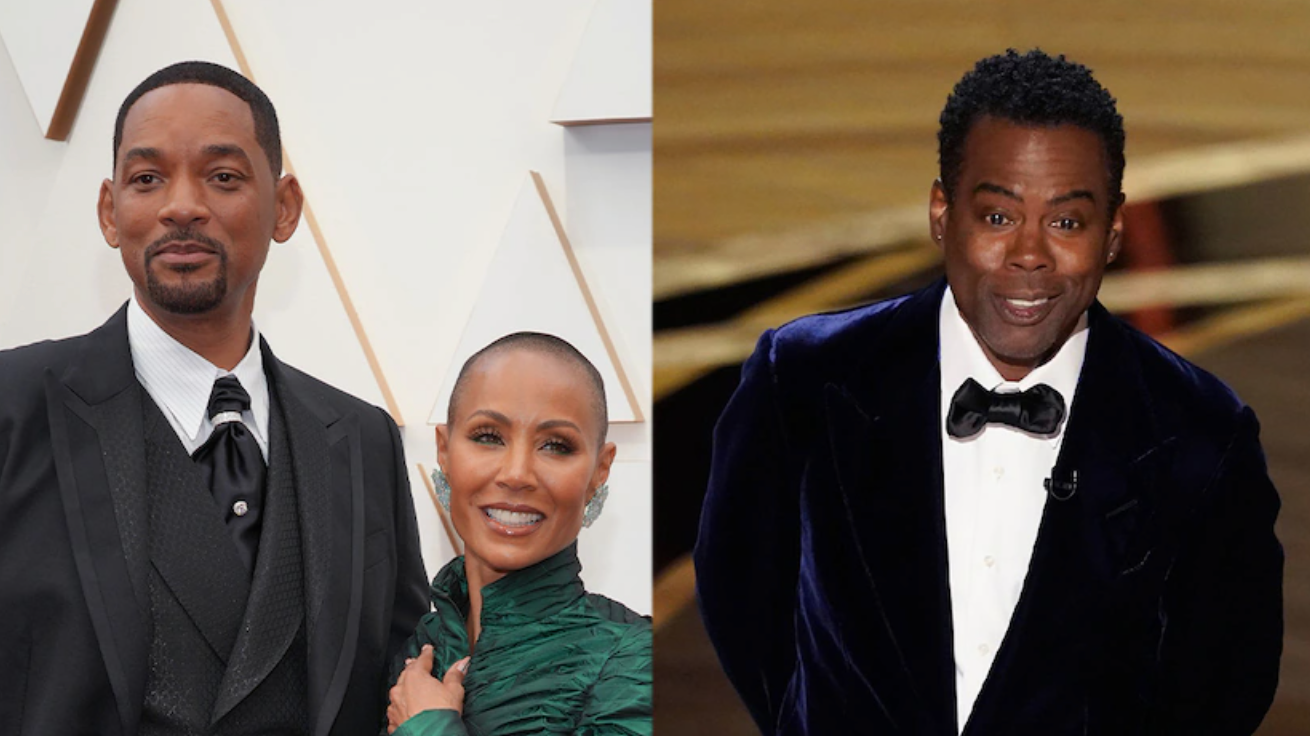 How far is too far when it comes to defending Black women? On a night that was course to be triumphant and beautiful, Will Smith seized the moment to make it known enough is enough.

Chris Rock took the stage to present the award for Best Documentary. A renowned comedian and a previous Oscars host, he seized the moment to roast the room. When his sights landed on Jada Pinkett-Smith, he quipped that he was excited to see her appear in GI Jane 2. There’s no film planned, but Rock implied that Pinkett-Smith’s bald head reminded him of that role (played by Demi Moore).

As the audience groaned, Smith stood up and walked to the stage towards Rock in what appeared to be part of a joke. Instead, he cocked back and slapped Rock with enough strength to send him tumbling around. Rock, shocked by what happened, exclaimed, “Wow, Will Smith just slapped the sh*t out of me.” Back in his seat, Smith yelled off-mic, “Keep my wife’s name out your f**kin mouth.” The live audience sat in shock, unsure if the moment was a joke or a genuine confrontation. A visibly shaken Rock continued to read the nominees.

There are two schools of thought at play here. Some observers will condemn Smith for being too sensitive. For acting violently when the moment could have taken place at another time. At the same time, others will applaud his actions after being long tired of Black women being the butt of jokes about their appearance, particularly things out of their control due to health conditions. For Smith, his reaction to Rock’s joke was an attempt to be protective of his wife. Pinkett-Smith’s battle with alopecia is something she’s been very candid about in recent years. This disorder occurs when the immune system attacks hair follicles. She has long been an advocate for fellow sufferers of the condition.

Soon after, Smith became the fifth Black man to win the Academy Award for Best Actor. In contrast, delivering a tearful acceptance speech, Smith likening art to life indirect reference to the incident. As his voice quivered, he called himself a fierce protector, much like the man he embodied in King Richard, Richard Williams. He then went on to say that fellow nominee Denzel Washington told him, “At your highest moment, be careful. That’s when the devil comes for you.” Is Chris Rock the devil? For Smith, he was in that moment.

So where does that leave Will Smith and Chris Rock at the moment? The facts are he assaulted Rock on live television. At this time Rock has decided not to file charges against Smith for the physical assault according to the Los Angeles Police Department. Also it has been reported that Diddy spoke to both men backstage and they have decided to make amends. The two and are expected to “work out their issues”.

The facts are also that he and his family have long been the butts of jokes, and on the night he stood to win his highest career honor, he felt that enough was enough. For Rock, tonight was any other night. He came on stage and told a joke, the same thing he’s been making his entire career. It is fair to say that Rock will have a highly-watched, highly compensated comedy special sometime shortly.

There is one other train of thought. It’s hard to take a side here, at least from the outside. On the one hand, we want Black men to stand up and defend Black women. Sometimes that protection is protecting Black women from other Black men. Unfortunately, it’s painful to witness Black men acting violently towards each other on a night that was full of joy and happiness. It was a night when hard work and determination finally had their moment on a night. A film about a Black father protecting his family and propelling them to greatness was front and center for the world to see. Instead, the conversation was reduced by some to another example of Black on Black crime. The moment was concocted to create a viral moment for an antiquated award show struggling for quite some time.

If there’s anyone to feel sorry for its Ahmir “Questlove” Thompson, Joseph Patel, Robert Fyvolent, and David Dinerstein, the team behind the category is winning the documentary Summer of Soul. In a career-defining moment for him and the team, the talk instead shifted to his fellow Philadelphia native delivering a complete-handed, head-snapping slap to one of the most decorated comedians. A pity the moment had to be ruined for him. Hopefully, Smith and Rock can return to a peaceful place in the weeks to follow. The joke will be left in the past, and Thompson will be able to enjoy the fruits of his labor fully.

Only one can hope.