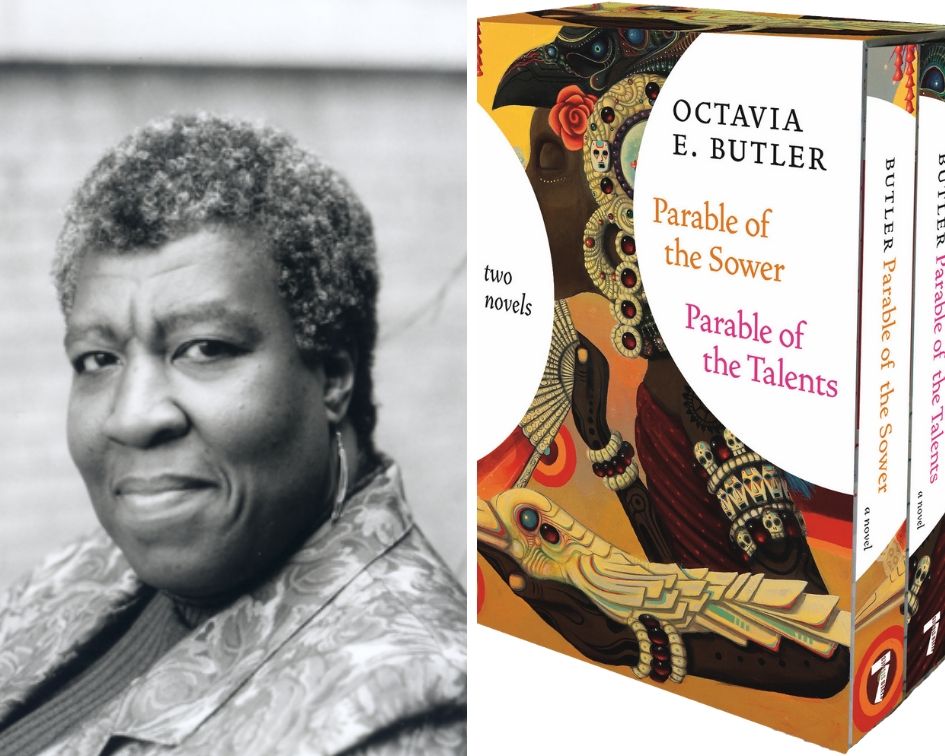 This is a perfect holiday gift for the bookworm in your life or for that Octavia Butler super fan!

On 10/29, the release of a new Octavia Butler boxed set, features a gorgeous hardcover edition of Parable of the Sower and Parable of the Talents, with cover art by Oakland-based artist Paul Lewin and introductions from Gloria Steinem and Toshi Reagon.

The set together tells the near-future odyssey of Lauren Olamina, a “hyper-empathic” young woman who is twice as feeling in a world that has become doubly dehumanized. In Sower, set in California in 2024, small walled communities protect from hordes of desperate scavengers and roaming bands of “Paints,” people addicted to a drug that activates an orgasmic desire to burn, rape, and murder. It is into this landscape that Lauren begins her journey, traveling on foot along the dangerous coastal highways, moving north into the unknown. The book has an introduction by feminist, journalist, activist, and author Gloria Steinem.

Parable of the Talents celebrates the classic Butlerian themes of alienation and transcendence, violence and spirituality, slavery and freedom, separation and community, to astonishing effect, in the shockingly familiar, broken world of 2032. It is told in the voice of Lauren Olamina’s daughter — from whom she has been separated for most of the girl’s life — with selections from Lauren’s journal. Against a background of a war-torn continent, and with a far-right religious crusader in the office of the U.S. presidency, this is a book about a society whose very fabric has been torn asunder, and where the basic physical and emotional needs of people seem almost impossible to meet.

Talents is introduced by singer, musician, composer, producer, and curator Toshi Reagon, who created an opera based on the Parable books.