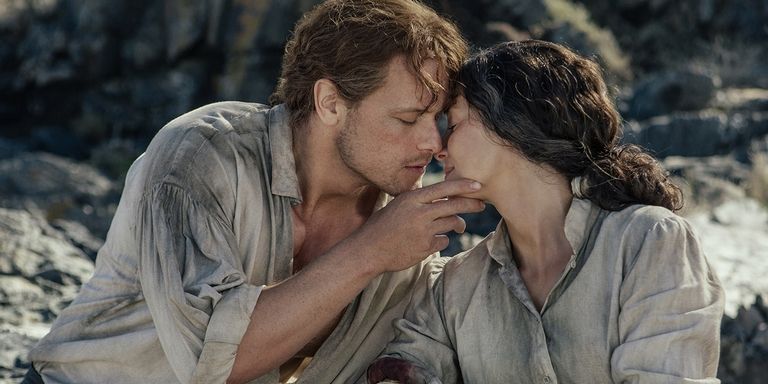 In this episode of Outlander, badass Claire returns and gives the audience a glimpse of the heroine we remember her to be. She forges through jungles, sleeps with snakes, and walks on legs that should have been crippled with infection. This Claire is no shrinking, whining mess of a woman that she seems to turn into when she’s around Jamie. Why is that? I think it’s because being back around big sexy Jamie makes her forget just how great of a woman she truly is alone.

Think about it. When she was separated from Jamie all those years, Claire raised a baby, got a medical degree, became a surgeon, and fought the male establishment every day to form her own reputation as a great doctor. She didn’t have a whole lot of support. Sure, Frank was there superficially, but he had checked out a long time before she got to medical school. Her dear black friend Joe Abernathy was probably the closest she could get, but even he probably kept her at a distance. After all, they lived in Boston just before the Civil Rights Era. Getting too close to a white woman would have gotten Joe killed. Yes, even in Boston in the 1950s. Look it up, I’ll wait.

No, Claire had no close friends, she was on her own in her present. Instead of wallowing in her loneliness, the woman blazed one hell of a trail for herself and other women who would come behind her. She shut down the men who once silenced her (even in birth, which was really appalling).

But then, she returned to Jamie, and as soon as they get one sweaty round of wrestling under the covers behind them, Claire forgets herself and gets into a situation that leads to an even bigger problem. Soon, there are dead bodies, fires, warrants, and they must all flee to Jenny. Claire and Jamie also argue and disagree just about every other moment they are awake. Despite being a patriarchal society she openly defies him and yet never seems to show a hint of the strong Clare we met in Boston. Not even the one who made it through the first season of the show. When Claire is with Jamie, she basically sucks!

In episode 11 of Outlander, however, our Claire returned. From the moment she woke up underwater, the woman was calculating her every move, timing her every step in order to survive. She was using that brain she puts on a shelf when Jamie is around. This Claire never hesitates to drink rainwater trapped in leaves or to plunge her hand into the jungle’s foliage floor to retrieve a coconut. This Claire doesn’t scream like an idiot when she awakens from her sleep with a big ass jungle snake is using her as a sidewalk. No, this Claire keeps her wits about her.

And when faced with a strange preacher/goat herder man who talks to coconuts, Supergirl Claire does not make fun or laugh or question like she did with Jamie on a ship full of superstitious sailors. She uses the man’s madness (and his maid — mistress?— Mamacita) to make him give up the information that leads her back into the arms of her kryptonite…I mean her man Jamie.

It was great to see her reunited with everyone. It was hilarious to hear the crew talk about how she keeps popping up everywhere. Fergus finally getting the Fraser name and marrying was even adorable. Unfortunately, I couldn’t stop waiting for the annoying version of Claire to creep back in a do something stupid. Maybe that’s waiting in next week’s episode of Outlander.