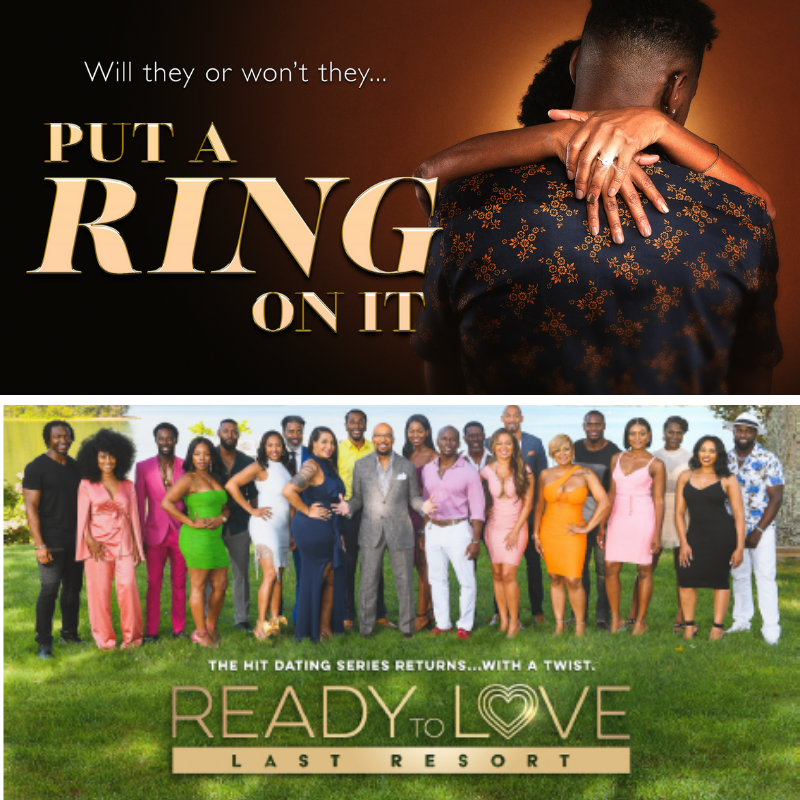 OWN: Oprah Winfrey Network unveiled a first-look at the sexy singles featured in a new season of its popular dating show, Ready to Love, from record-breaking producer Will Packer and hosted by Thomas “Nephew Tommy” Miles, which follows grown and sexy men and women looking for lasting love, but this time they’ll be quarantined together at a secluded mountain resort with no outside distractions. The new season premiered on Friday, October 23 at 9 p.m. ET/PT as a part of the network’s new night of unscripted fall programming.

Click Here For More About The New “Ready to Love” Cast

Filling out OWN’s new Friday night lineup immediately following “Ready to Love” comes the freshman series Put A Ring On It, also from the creative mind of Will Packer, also premiered Friday, October 23 at 10 p.m. ET/PT, where four long-time couples embark on the ultimate social experiment to discover if they’re truly meant to be together by dating other people. With relationship coach Dr. Nicole LaBeach on hand to help them get to the truth about why they aren’t married, these couples will finally be able to discover if the grass is really greener on the other side. After nine weeks of working on their relationships while dating other people, the couples must decide if it’s time to go their separate ways, or if it’s time to put a ring on it.

Click Here For More On “Put A Ring On It” Cast

“I’m super excited about anchoring OWN’s new night with two captivating shows,” says Will Packer, “this fresh and sexy content is what audiences are looking for.”

“We’re thrilled for the expansion of our unscripted programming to a second night,” said Tina Perry, president, OWN. “These two shows will fill our audience’s Friday night with fun and OMG moments.”

Record-breaking Hollywood producer Will Packer’s popular dating series hosted by Thomas “Nephew Tommy” Miles returns on a new night with an all-new cast from Houston, Texas to explore the real-life dating interactions of sexy, successful and grown Black men and women who are each looking for lasting love and an authentic relationship. But this season, there’s a twist. The Ready to Love hopefuls have been quarantined together at a luxury mountain resort. The tables continue to turn each week as the men and women trade the power to eliminate those they deem not ready to love. In the end, three couples will remain. The most recent cycle of Ready to Love last fall ranked #1 in its time period across broadcast and cable with African-American viewers. The series is produced by Will Packer Media and Lighthearted Entertainment. Will Packer serves as executive producer alongside Will Packer Media’s Kelly Smith and Lighthearted’s Rob LaPlante, Jeff Spangler and Erika Bryant.

Will Packer’s new unscripted relationship series Put A Ring on It follows four longtime couples, with help from master relationship coach Dr. Nicole LaBeach, who embark on the ultimate relationship test—by dating other people. From week to week the couples are pushed outside their comfort zones to confront the question they’ve been too afraid to ask: is this their happily ever after? The couples will finally find out if they are truly meant to be together in this experiment, and in so doing they’ll discover if there’s a love connection they’ve been missing all along. Will they decide it’s time to go their separate ways, or is it finally time to put a ring on it? Put A Ring on It is produced by Will Packer Media and Lighthearted Entertainment. Put A Ring on It is executive produced by Will Packer alongside Will Packer Media’s Kelly Smith and Lighthearted’s Rob LaPlante, Jeff Spangler and Robyn Schnieders.