PaRappa the Rapper is back with beautifully remastered graphics and audio that almost make you forget it was originally released during a time when the Macarena was still a thing. However, as Brandy once said, almost doesn’t count. Leftover timing issues leave some parts of the game practically unbeatable, marring even the best pair of rose-colored glasses. It’s safe to say, for better or worse, that this title is nearly exactly as you left it in the ‘90s. 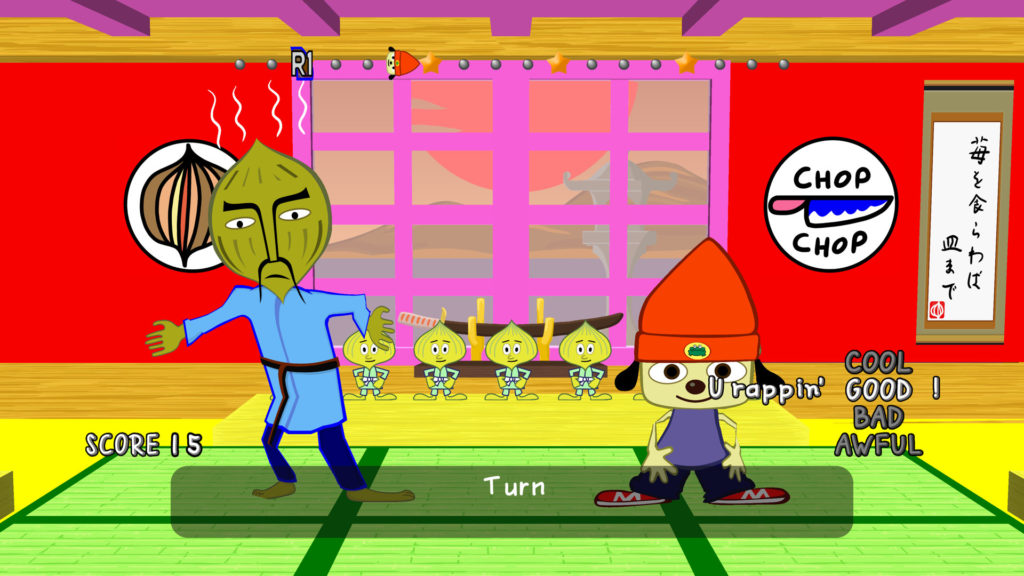 The inspirational, yet campy love story is the coal that keeps this nostalgia train going. The player is tasked with helping PaRappa, a rapping dog, win the affection of Sunny Funny, his humanoid flower friend, subsequently one-upping his nemesis, Joe Chin, in the process. To earn Sunny’s love, PaRappa must impress the master of each stage by rapping over a track with them line by line. To receive a passing grade, the player must perfectly match Parappa’s words and flow with that of the stage master’s by pressing the correct button at the indicated time. Upon clearing the stage, you acquire a new skill or ability that’ll wow Sunny, such as the capacity to drive a car or bake a cake for her birthday party. That is if you can pass.

PaRappa’s major flaw (and possibly its draw if you’re on a quest for vengeance) is that it’s still a broken game. Pressing the indicated button exactly as demonstrated often leads to a “bad” rating and a less-than-impressed or irritated master—even if you sound amazing! While frustrating, it isn’t a dealbreaker until you reach the fourth stage. Cheap Cheap Chicken’s cake-baking rhymes are insanely difficult to mimic as the tempo changes often. I found myself testing the mystical space surrounding the button indicator, adjusting my timing by pressing slightly before or after I was supposed to. I was searching for a pattern or variable that didn’t exist. It took hours to beat a stage that would’ve taken half the time (maybe even less) if there were a way to calibrate the game, you know, like a modern rhythm game. Without this much-needed feature, you’re forced to sound like a robotic, broken record to succeed, which takes a lot of the fun out of the game—not to mention the songs. Imagine if to beat Sweet Child O’ Mine on Guitar Hero you had to play the notes out of sync. Yeah, you passed, but you didn’t shred like Slash while doing it. The same principle applies here. Though I beat Parappa, it was a cheap win that had nothing to do with my skill level. 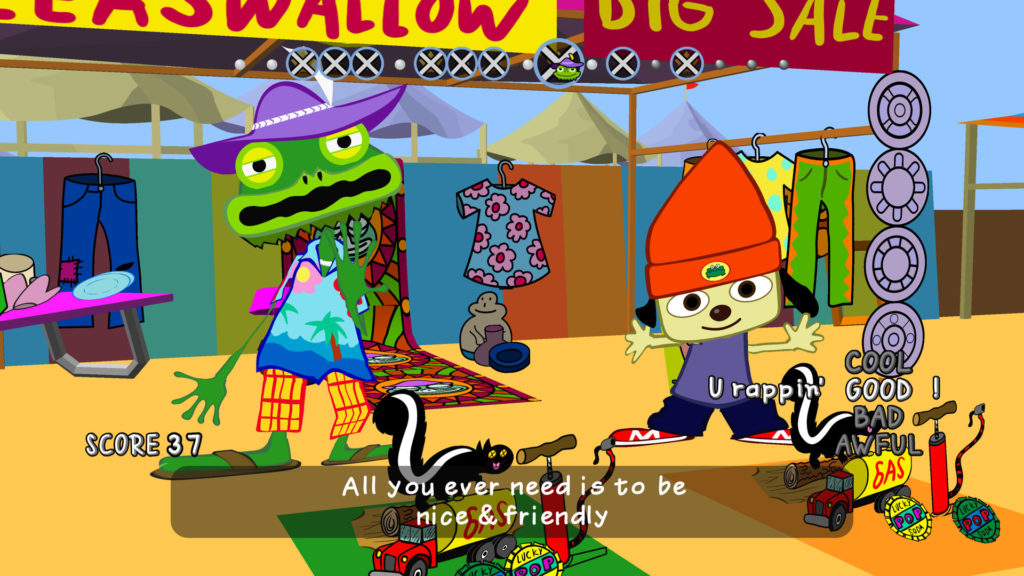 Instead of fixing the actual gameplay, Sony decided to add a few new features to the game. “Feel the beat” and “See the beat” are both sad attempts at trying to help players calibrate themselves with the game’s poor timing. As the name implies, “Feel the beat” causes the controller to vibrate along with the beat. In theory, this sounds great; however, in practice, the soft, heartbeat pulse that it maintains throughout the song just adds to the confusion. It would be more helpful if it shook to the rhythm of the entire track, emphasizing individual verses with stronger vibrations or if it simply didn’t vibrate at all until it was time to press a button. With “See the beat,” Parappa’s head icon enlarges when you press a button. Neither of these half baked features improves playability, so they’re worthless.

One addition that was a pleasant surprise is the ability to change the background song of any stage. The new tunes elevate and give new life to these silly, beloved verses. Couple this with the updated graphics and you get a game that looks and sounds amazing. It makes you wonder why, for a game so short, it didn’t get the full star treatment. The game’s menu and cutscenes were left untouched. It’s jarring to clear a crisp, remastered stage only to be met with jagged-edged characters inside of a tiny inner screen. 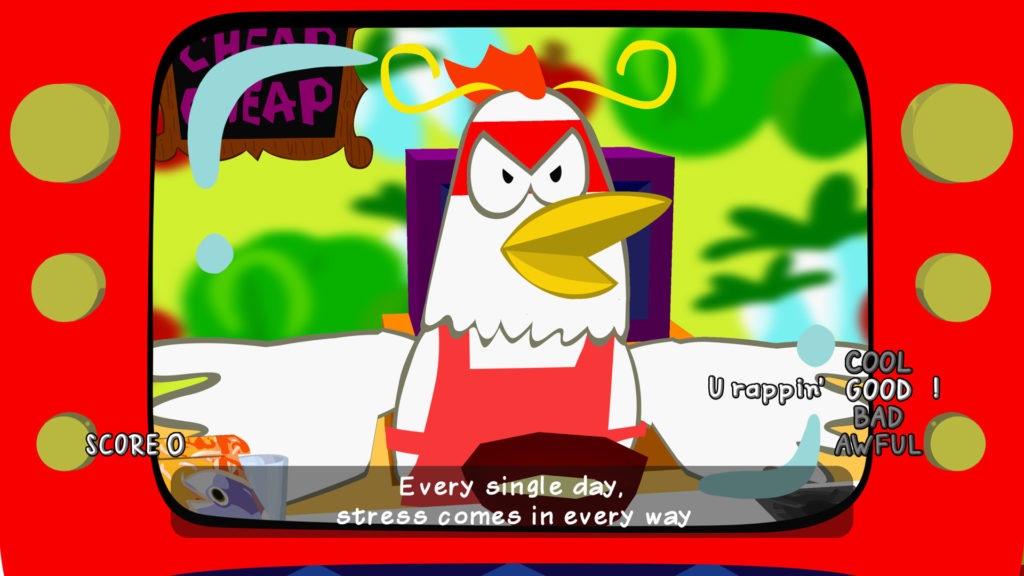 Unlike PaRappa’s love life, just believing will not fix how frustrating the gameplay is due to its nonsensical timing. Though dated, this is a remaster that could’ve introduced Parappa to a whole new generation of gamers, impressing them enough to get a sequel. Instead, it relies too heavily on its nostalgia. Ultimately, falling flat on its face just short of good. If you want to keep your memories of the puppy protagonist intact, leave him in the past—along with backward jeans and Vanilla Ice—where he belongs.

Karla Clark is a writer and blerdy mommy from Oakland, California. When she isn’t soaring across the Andromeda Galaxy or spending far too much time customizing her character, you can find her talking to herself on Twitter at @Decaf_Pixel_Kat