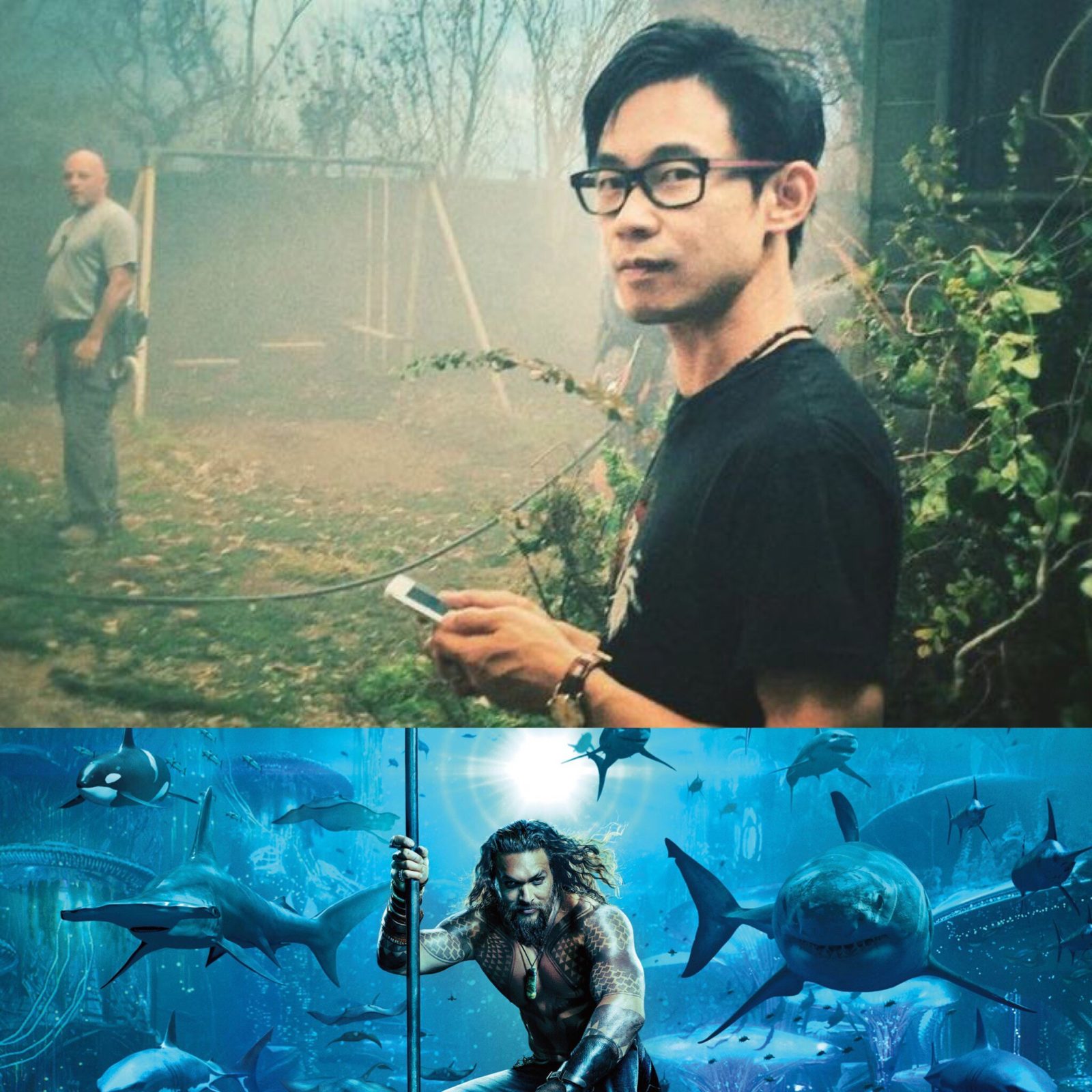 The new Warner Bros film Aquaman is about sea creature superhero who finds himself caught between a surface world that ravages the sea and the underwater Atlanteans who are ready to revolt. Based on the DC comics character of the same name created by created by Paul Norris and Mort Weisinger, actor Jason Momoa will star in the lead role. If you watched the film Justice League, then you’re probably familiar with the character who made his live-action onscreen debut.

Filmmaker James Wan, most notably known for his work in the horror genre, with films like Saw, the Insidious films and The Conjuring films, is now diving into the world of comic book superheroes and making a splash with Aquaman.

Black Girl Nerds had an opportunity to sit down with James Wan in his edit bay suite to watch clips of Aquaman while discussing his process and putting this project together.  This is part 2 of our interview with James Wan. You can CLICK HERE for part 1.

In all these months, what has been the most challenging?

Interesting. It’s a process. I think the trickiest thing was for Kirk and I — Kirk’s my editor by the way you guys — just for the two of us trying to edit a movie that has a lot of blue screen and not quite knowing what they look like. I mean, we’re pre-this and post-this, which is basically, you guys probably know, just sort of a temp computer animation of what things roughly look like. And so when you cut those sequences together, it’s hard to do fine-tune editing and stuff like that. So from a technical standpoint, that’s trickier. We have to really use our imagination, and we’re always hoping that, “Oh, you know what? This moment will play better because we’ll actually know what’s going on, we’ll see the shots, and we’ll understand how it plays out.” I think that has been the biggest challenge, just trying to imagine what some of the final shots would look like.

So the really cool thing is, we get so used to the really low-tech pre-vis shots that when the really cool visual effects shots come in, it’s like, “Wow. This is awesome. We didn’t expect it to look like this.” So it just brings this new level of excitement to it. 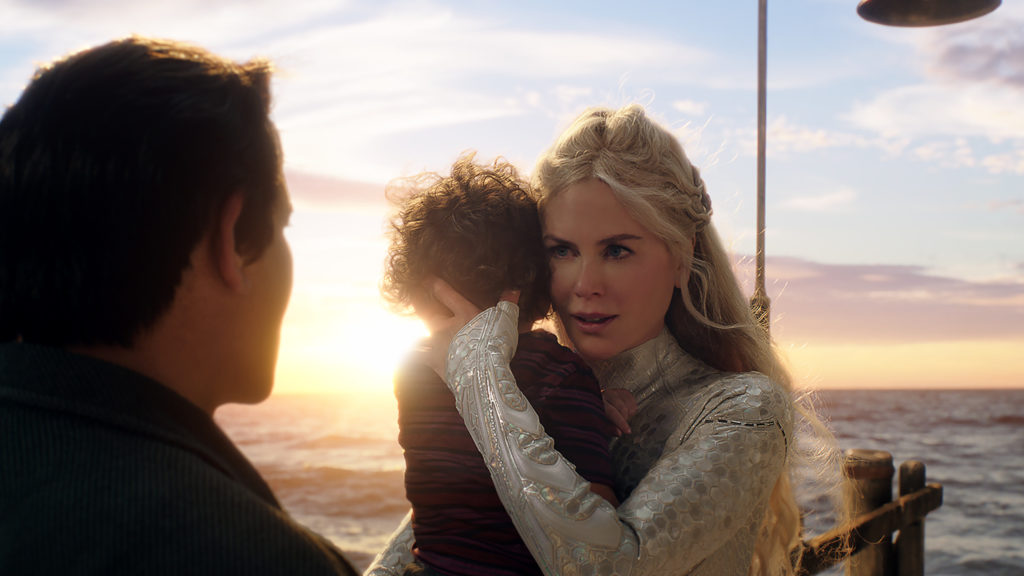 The emotional factor, what theme are you trying to put for the whole movie? Because I see the theme of family and identity, but is there an overarching theme that you wanted to display here?

There are a few themes. The theme of family is really prevalent throughout the whole movie. Like I said, it’s not just a love story between Arthur and Mera, it’s a love story between mom and dad as well. And how the love between the two of them gives us this superhero, right?  The antagonist that he has to try and stop is his half-brother. And then Mera herself has to deal with her father, who has now sided with King Orm to try and declare war on the surface world. And so as a family dynamic, it plays pretty strongly in the story. 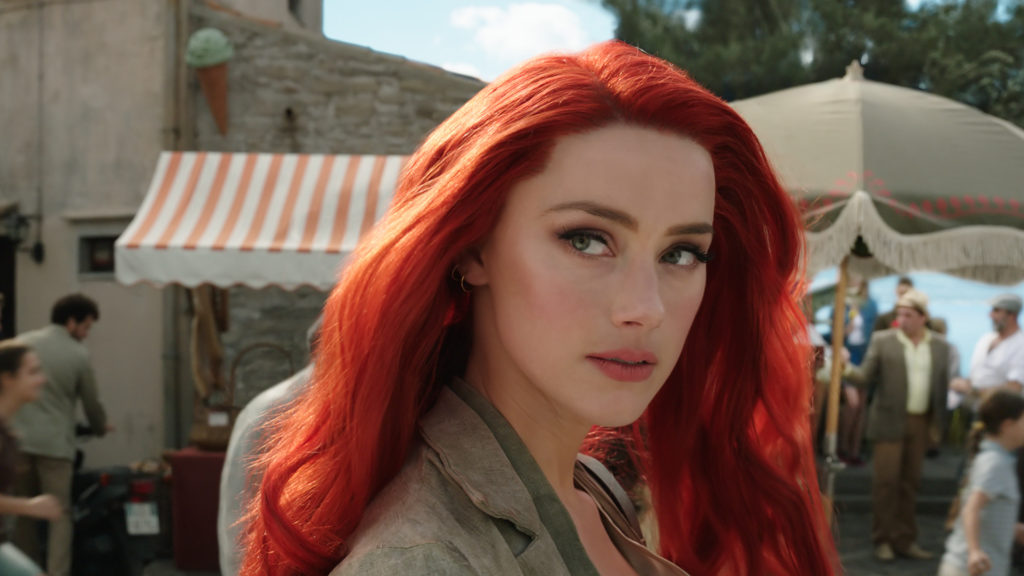 How important was it to you to showcase women not being damsels in distress?

Mera is as powerful as she is, and actually, if anything, Mera is even more powerful than he is. Because Mera has the power of hydrokinesis and stuff like that, right? I mean, if she wants to take him out, it’s actually very easy. So that was one of the things that Amber and I, very early on, wanted to make sure is, we want to make sure she’s not a damsel in distress, she doesn’t need him for any help.

So that was very important for the both of us, and super important for Amber because she really wants to create a character that young girls can look up to. And she has a big fan base and so I wanted to make sure that I respect that, as well.

Aquaman will be released in theaters nationwide December 21st.